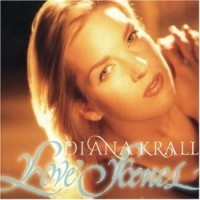 You know who you are. You are out there on the web typing "Of course…" as we speak. I see you all the time in the forums just waiting for someone to post a question about what DVD's best show off your system and immediately 57 responses start with "Of course Diana Krall's… .(fill in the blank)." The unabashed love, the near fanatical following, the eerie way you can slip her name into almost any conversation (Question: What do we need from the store? Answer: It's funny you should ask that because last night, as I was listening to Diana (apparently most of you are on a first name basis with her) and sipping scotch I thought, "We're almost out of Ramen"). I was starting to feel left out. So when this DVD came my way to review, I thought two things: 1) There is absolutely no way this can possibly live up to the hype and 2) I mean, she's cute and all, but what's with all these males acting like they are 13 year old girls at a NKOTB concert? Let's just say that the very second I first heard her sultry, sexy, smoky voice wash over me, I said out loud, "Oh, that's why they are all so in love with her" (don't tell my wife).

Discs are listened to a minimum of twice with at least a 24 hour separation between the listening sessions. During session one, notes are taken on the subjective experience of the implementation of the DTS surround sound mix (in this case, except track 1 - mixed in DTS-ES) along with notes on other features. During session two, the original notes are compared and expanded upon during the listening experience. Additional listening sessions are added as needed. Before each session, speaker calibration is checked using an SPL meter and the test-tones on the receiver, in this case the Denon AVR-3805 .

As a former bass guitarist in a Jazz band I am a huge fan of Jazz, though I tend to not like vocalists too much. Too often they end up scatting and that generally just bugs me. Although I haven't touched my bass in a long time, I am still extremely sensitive to the sounds of guitars in general, and bass guitars specifically. So, when I tell you that the bass guitar sounds absolutely live - I mean it as someone that played one for years. You can hear every imperfection in the sound that makes the upright bass such a joy to experience. I love the way the upright's notes start with a small boom and sometimes end with the twang of the string vibrating against the neck. I love the thoom thoom thoom as the bass is walked through the 12 bar blues. I love the way each note grates slightly as the string is plucked then smoothes out as it trails off. M ostly, I love the way this album and my speakers faithfully reproduce those sounds. But this album is not about the bass guitar.

Jazz guitar is such its own animal when compared to almost any other type of music that utilizes the instrument. It tends to sound sweet and smooth, gliding effortlessly from note to note, none (or little) of the strumming filler that we are used to hearing in 98% of the music made today. I always have to "recalibrate" my ears for Jazz guitar. I have to remind myself that it is supposed to sound this way. With many recordings I have to convince myself that I am hearing a guitar and not a keyboard, but not here. The unmistakable sound of a Jazz guitar in the hands of a master is clearly evident from note one. To me, the Jazz guitar sound is like a bubble; it pushes to the rim of where the sound will start to get edgy and rough, but holds the line without every unintentionally crossing it. It is an expansive sound, an encompassing sound that effortlessly fills the space in which it is enjoyed. All of this and more is clearly evident on this album. But this album is not about the guitar.

One place where many a promising album has fallen is in tonal balance. Each moment in each song has specific demands for which is the most important element. Far too often an instrument solo or vocal passage will be buried behind other instruments or backup vocals, or are washed out by the cacophony of sounds and effects going on in the song. Sometimes a particular instrument or surround effect will be so distracting that the more important elements of the song are easily overlooked. Not so with this disc. As the guitar starts to solo and the bass continues it's line in the background, never does the bass demand your attention over the guitar. At the same time however, you can easily focus on the bass and hear every single note if you want to, but you are never forced. Each instrument's importance is clearly defined and effortlessly intertwined throughout each song. But this album is not about tonal balance.

Diana Krall's vocals are what this album is all about. Not once in the 56 minutes of playback are her vocals overshadowed by any other element in the album. Her voice is clearly the most important aspect in any song at any time. Listen closely and you'll hear her swallow between passages. Listen really closely and you can hear her mouth reposition between notes (check out track 7 for the most obvious examples of both). The key is that there is an immediacy to her vocals that absolutely puts her in the room with you. She is anchored dead center in the soundstage and is spread out over the front three speakers. Concerned about the timbre matching of your front three speakers? Pop in this DVD, if it doesn't sound like she is coming from dead center, then you've got a problem.

I think that there are probably people out there that think the surround implementation of this album is poor. I couldn't disagree more. The number one determiner of how the surround channels should be used is the original source material. This is Jazz, people - it's not a summer blockbuster or a live concert recording, or 3 blue guys beating on 147 different lengths of PVC. In short, the surrounds are used very little during the album except to extend the sound from the front soundstage ever so slightly towards the back of the room. This gives you the absolute feeling of being in a club listening to her sing right in front of you. While her voice is always firmly anchored up front (along with whichever instrument is holding the melody at the moment) the supporting instrument(s) will often be pulled around the room just enough so that you can almost hear it bounce off the bald guy's head seated at the table to your right or get absorbed into the beret of the club owner at the bar behind you.

Want to show off what your surrounds can really do? This is the album. "But, but, but…" you say, "there are almost no surround effects!" Phooey on that. M any speakers go big and loud, how many of them can wrap you completely in the music and totally disappear into the 360 degree soundstage? Not many, I bet. This may be a least partially a function of having fully timbre-matched speakers at every point in my system, I don't know. Far too often those rear and side speakers feel inclined to say, "Hey, here I am! Look how good I'm doing. See me? Hey you… with the scotch... are you listening to me?!" Now if you want to show your surrounds off - this is not the album. Rent Finding Nemo or something.

This is not to say that there were not specific surround effects. There were a few (a pop in response to a lyric in track 2; some of the instrument solos take on a more encompassing feel) but they were always done in a tasteful and authentic way. Speaking of authenticity, track 11 has a person snapping as the major percussion element in the song. It must have been so tempting for the surround engineer to want to move that snapping sound around - it practically begged for it. At first I even thought it should have been moved around the room a bit. But it wasn't. And the more I thought about, the more I absolutely agreed with the decision. It made sense that it stayed right up front because it was the main percussive element. As stated above, the main focus of this album is the vocals. Moving any specific sound around that dramatically would have detracted from this focus. Bravo mix engineer, you've got some serious restraint. The surround implementation is great in this album, not for what it does, as much for what it doesn't do.

Jacket has lyrics and a few pictures.

It is always a good sign in one of my reviews that I don't tear apart... err, comment on each song individually. This usually means two things: 1) The quality of the album is consistent throughout and 2) the music is all the same basic genre. If you haven't heard this album yet, and you plan on purchasing it (and after this review you darn well better plan on purchasing it), do yourself a HUGE favor - turn off the AC, unplug the refrigerator, kick the dog out, send the wife with the kids to the store to shop for clothes/jewelry/furniture/toys/cars/homes/whatever, and put out detour signs on your street redirecting traffic at least a mile away from your house. You are going to need absolute silence to really enjoy this album to the fullest. It is in the quiet moments that this album really shines.

Diana Krall's voice is the absolute focus of this album. Every track is a showcase for her incredible talent. Her vocal control is constantly amazing. Just when you are sure what note is about to come out of her mouth, she takes it to the next level. The feeling that each track was done in a single take only enhances the live feel of this album that is achieved through excellent surround implementation and audio quality. After each track I fully expected to hear subdued applause from the other patrons at the Jazz club. I don't give 5's lightly. Heck, I don't give 4's lightly. But ten seconds into this album I suspected this would be my first 5. Twenty seconds later I was almost positive. By track 7 I totally gave up trying to take notes, stopped the playback to grab a beer (no scotch on hand although I really felt I needed to be drinking something in a snifter), closed my eyes, and let the music, and Diana (see, I'm on a first name basis now, too), take me away.