Sealed vs Ported Loudspeakers: Which is Better? 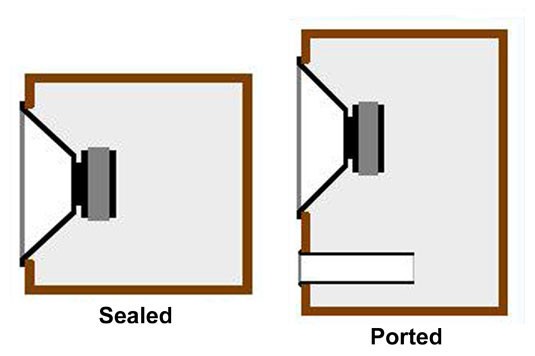 sealed vs ported - courtesy of dummies.com

This is an age-old question: Which is better? There are certainly points on each side of the argument to consider. The debate of ported vs. sealed is intrinsically relevant and interesting, regardless of the arbitrary brand involved.

When AR (Acoustic Research of Cambridge MA) introduced its original AR-1 acoustic suspension system in 1954 (see figure 1), it represented a quantum leap forward in the advancement of the reproduction of accurate, extended, low-distortion bass from a home loudspeaker. Noted reviewer Julian Hirsch remarked to me that he “knew the industry would never be the same” when he heard the AR-1’s bass. Using the air trapped inside a sealed cabinet as the restoring force to the woofer cone resulted in a clean, linear response that was a step forward over what existed at the time and is still extremely competitive, even today. The AR-1 (and its famous descendants like the AR-3, -3a, and –LST) had an honest, measurably verified frequency response that was smooth and level down to a minus 3dB point of 35 Hz, with less than 5% THD at that frequency at a 20-watt drive level! There are simply no current passive loudspeakers using just a single bass driver in an enclosure well under 2 cu.ft. that could match that performance, even today.

Not even the big Klipsch’s and Bozaks of the AR-1’s day could reach down to -3 dB at 35 Hz, with less than 5% THD, and they were 4-6-8 cu. ft. boxes. Sealed was a real advancement at the time. Without it, great bass from small boxes wouldn’t have existed, KLH, Advent and EPI wouldn’t have followed AR, and the whole stereo industry wouldn’t have exploded in sales like it did. The smaller box in the living room was icing on the cake (with stereo coming along in 1958, now you needed two speaker boxes), but that’s not what drove Ed Villchur to invent the AR-1. The advancement in bass performance drove AR, not “small box marketing,” as some revisionist historians have opined.

Since then, however, as pure research—led in a major way by Dr. Thiele—and computer technology have advanced through the ensuing years, better ported designs are now possible, to the point where acoustic suspension’s pure performance advantages, such as low distortion and linear response (lack of "boominess") are less apparent. In fact, the trade-offs in greater efficiency and lower 3dB down point often point in favor of a ported approach to system design.

What has changed over the last 50+ years to essentially eliminate this gap? Several factors:

1. Quantifiable, known research and documentation of driver, port, and enclosure parameters, combined with the arrival of fast, economical computing in the commercial corporate environment. Specifically, the work of Thiele and Small in the ‘70’s removed much of the previous uncertainty regarding vented speaker design, and when coupled with the newly available inexpensive computing power, it meant that a new level of speaker design accuracy was achievable. In the 40’s, 50’s and 60’s, designing a vented speaker involved a lot of cut ‘n try guesswork. Designers had to be happy with ‘close enough’ or ‘in the ballpark,’ because the precise calculations needed for optimum outcomes hadn’t yet been done. Sealed designs were more forgiving by nature, and didn’t sound offensive or low-fi when they were less than perfectly done. A poorly done vented system, in contrast, could sound like a bad acoustical joke.

There is a school of thought that points out that the T-S parameters are a bit of a simplification and therefore not fully accurate. A former KEF engineer states:

One can then calculate the response from the impedance, measure the nearfield of vent plus driver, measure the inbox pressure, measure the farfield (in a well-calibrated chamber), and get all of these to agree to within 0.5dB down to 30Hz.

However, if it is then converted to T/S parameters, due to them ignoring some of the driver behavior, the result will not be as accurate.

Given that most people who measure the low frequency response do not have access to an anechoic chamber, this is actually a better way for them to get a reasonable idea of the LF performance.”

2. Computer-aided design programs. With today’s design programs, such as Finite Element Analysis (FEA) and 3D modeling programs such as Pro/Engineer, hundreds or thousands of driver/enclosure prototypes can be built in the virtual world of the computer before even one is actually built in the lab. A virtually unlimited number of iterations of magnet structure, cone shape, cone thickness, surround/spider compliance, voice coil length, coil winding, and pole plate variations can be tried and evaluated, before any physical parts are ever used. Different port lengths and geometries can be tried, vibrational analysis can be applied to ‘virtual’ cabinet walls to discover resonant modes and ascertain the structural integrity needed to optimize cabinet design within the cost target of the project. By the time a physical prototype is constructed, it is already most of the way there, with no big surprises.In contrast, in the good ‘ol days of the big bass reflex floorstander, after first trying differing port lengths/tunings, how many iterations and prototypes of the driver itself did they do? Two? Maybe three? Each time, hand-cutting a new pole piece, hand-winding a new voice coil, ordering and waiting for delivery of new magnets….

It’s interesting to note a few basic factors that still fuel the sealed vs. ported issue, even today. At low frequencies, increasing SPL requirements demand ever-greater woofer excursion from a sealed system, which limits output and can increase distortion. In a properly tuned vented system, the port is providing the majority of low-frequency output, and the driver’s excursion—and hence its distortion—is very low.

The upshot of all this is that today’s speakers can be much better performers than yesterday’s if the company and/or designer so chooses. The blueprint for excellent performance is better known than it was in years past, and a skilled designer with clear, worthy goals working with today’s best tools can achieve astonishing performance at incredibly modest prices. It’s less a question of whether to take Sealed Avenue or Ported Road, and more a question of what you’ve chosen as your destination. 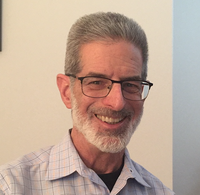 There are problems witg his conclusions about SVS and I'm either going to ask him to change, or omit them before publishing. Thanks for your feedback.
TLS Guy posts on January 06, 2020 08:18

gene, post: 1360681, member: 4348
A continuation on this topic but focus on Acoustic Suspension loudspeakers:
https://www.audioholics.com/loudspeaker-design/acoustic-suspension

Again I think we have an article from someone who has never built a speaker.

It was a nice review of the audio of days gone by.

However he has glossed over the issue of the fact there is no free lunch.

That SB driver that would make a good acoustic suspension driver has a sensitivity of 84 db.

The Wavecor driver has a sensitivity of 90 db.

So you come out about a wash power wise of boost for the high Q lower Fs driver versus the power required to make up the efficiency loss of that SB driver.

Now I also remember those years of the ARs. I don't want to say they were lousy speakers, but to me the bass never sounded that tight. I do clearly remember that those speakers struggled to really impress with the power available from amps at the time including solid state ones. The other thing I remember is how unreliable solid state amps were back then, especially if driving insensitive speakers.

It was the great audio pioneer Peter Walker who produced the first reliable solid state design in 1969. It was the Quad 303 with its tripled output transistor design and a power of 45 watts per channel. That was considered a lot of power back then. Many of those 303s are still going strong and come up on eBay often. My 303 from 1970 is still a runner.

But returning to SQ, I never felt that those AR designs had a particularly tight bass, in fact I always found them on the “flabby” side. However most of the competition was abysmal. So that is why I reckoned I could do better and built a Voight quarter wave pipe in 1955. I have used my own builds exclusively since.
gene posts on January 06, 2020 02:40
A continuation on this topic but focus on Acoustic Suspension loudspeakers:
https://www.audioholics.com/loudspeaker-design/acoustic-suspension
Post Reply