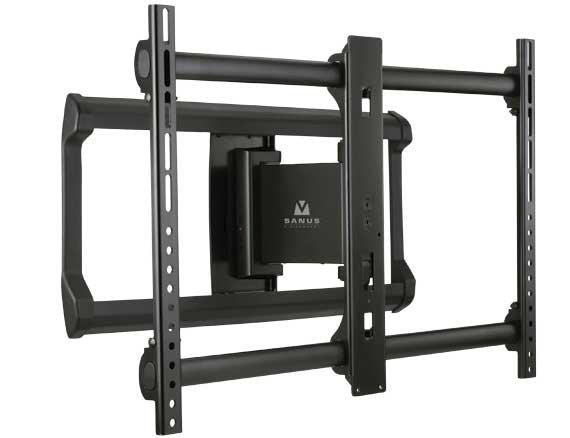 So you've got than new flat panel display that you've been dreaming about. The ones that you and your friends have all been drooling over. It's big, it's beautiful, it measures great out of the box, and it is universally praised in reviews. But what makes it all the sweeter is that you got it first. Not only that, you found a great deal online so you got it at less than you've ever seen it for ever. Let the gloating begin!

Or so you think.

As seems to be always the case, your buddy found the same deal, got the same TV, and, most disappointingly, sent out the email/text to all your friends before you did. Now you're second and there's no bragging rights for second place. You're relegated to "me too" status. That is, unless you can one up him somehow. You could buy a new, bigger sub - that's always impressive. But the friend that would "get it" already have great subs and the ones that wouldn't... well they wouldn't. New speakers are out as they share the same problem with the sub. You could buy new home theater seating with massaging features, heated seats, cup holders, and auto recline but... well... for that money you could buy a REALLY BIG display. If only there were some way to make the purchase you just made a bit cooler.

Sanus Systems may have the answer for you. The new VLMF109 flat panel mount is fully motorized and IR controllable. This mount operates with only 35 decibels of noise which is as quiet as a library. The mount can sit as close as 2" and extends up to 9" off the wall. With 60 degrees of rotation, many different viewing positions can be optimized. The key to a good wall mount is access. If you can't get your wires to the display inputs, then you can't really use it can you? The open design of the Sanus VLMF109 ensures that cable management issues will be at a minimum. The VLMF109is a universal mount designed to be used not only with a multitude of displays (from 37" to 56" and up to 110 pounds) but also with both 16" and 24" stud placements. If your studs are not optimally located? No problem! The VLMF109 has a lateral shift function so that you can center the display on the wall even if the studs don't cooperate.

So, your friends come over to see your "new" TV and think you've lost your mind because it's the same as they just saw at your friend's house. Sure, your mount is only 2" off the wall but that's not that big of a deal right? If they are observant they might notice the little IR receiver dot on the front. But they'll have no way of knowing that part of your universal remote power on macro includes a command to extend the display and rotate it to the optimal viewing position. They also can't know that the VLMF109 mount includes two presets so that you can optimize viewing from both the couch and the wet bar in your man-cave. Sure, you may have the same TV as your friend but the VLMF109 makes it infinitely cooler.

The Sanus Systems VLMF109 motorized mount is not without its limitations. It will swivel the display left and right but it won't angle it up or down. Two presets might be enough for some but it may not be enough for all. Most of all, at $430 retail, it isn't a very cheap option though for what it does it is pretty competitive. We've seen tilt only models go for less and tilt and pan models go for just a touch more though the latter didn't have the range of movement of the VLMF109. While you'll be running power to the display anyhow so an extra cable for the mount isn't that big of a deal, we didn't like to see the wall-wart style plug on the end. This just wreaks havoc with surge protectors and power conditioners alike. We wish Sanus had been able to come up with a better power supply solution.

The Sanus Systems VLMF109 fits a large range of flat panel displays and the 60 degree pan with 7" extension is pretty great. While you might be able to find a mount that adds tilting for just a bit more, we've found that you're also giving up a fairly large range of motion. There is also an automatic setup feature which insures that the display will not touch the wall when paned manually (with the remote). The lateral shift allows for some flexibility with installations where off axis studs are the norm. Overall, however, it is the cool factor that can't be beat. Sure, others might have your display, but we're betting you don't know anyone with a motorized mount.