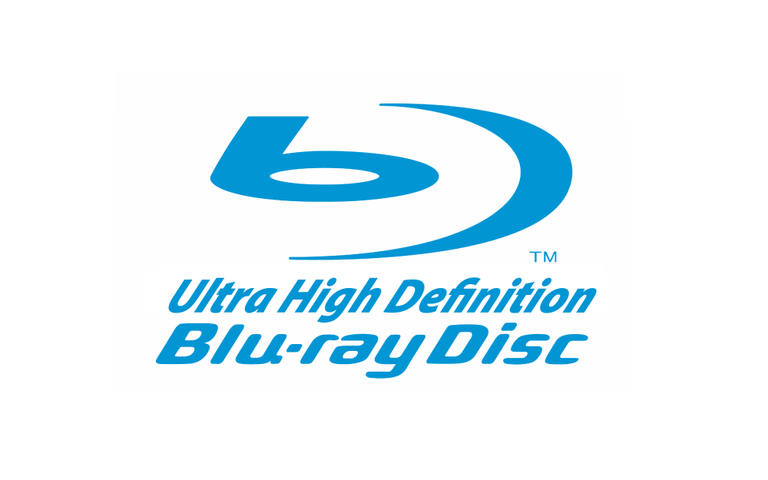 UHD Blu-ray was announced at CES. There's no official logo yet so we made one!

If you’re a home theater aficionado, then you already know there’s no better hard disc format than Blu-ray.  While streaming services have made strides in quality over the past several years, they still fall short of Blu-ray’s pristine video and can’t come close to the fidelity of Blu-ray’s lossless audio codecs or the new immersive audio formats such as Auro-3D and Dolby Atmos.

Many home theater pundits pronounced that Blu-ray would be the last physical format.  Streaming, they said, would ultimately spell the death-knell of Blu-ray.  The release of Ultra-High Definition (UHD) content via streaming services was seen as the last nail in the coffin.

However, at this year’s CES, many eyebrows were raised and jaws dropped when the Blu-ray disc association announced that UHD Blu-ray players and discs would be hitting the shelves later this year.

According to folks at the Blu-ray Disc Association, the UHD Blu-ray specification is nearly complete.  We haven’t heard anything definitive about a UHD Blu-ray 3D specification.  Therefore we don’t yet know if UHD titles will be available in 3D and if they are, will there be both 2D and 3D versions of UHD Blu-ray players as is the case today with existing Blu-ray players.

At CES, Panasonic showed off a prototype of a Blu-ray player supporting UHD and high dynamic range,

If all goes according to their roadmap, the final spec will be finished in the spring.   If that happens, licensing and production could happen as early as the summer.  Conceivably, then, we could see UHD Blu-rays and players launched just in time for Christmas.

The new UHD Blu-ray players will be backward compatible with existing Blu-ray discs including Blu-ray 3D.  The new players will therefore support both the legacy H.264 compression codec as well as the newer H.265 codec, which is commonly referred to as HEVC (High Efficiency Video Codec).  The HEVC codec is more efficient than its predecessor.

While many enthusiasts focus only on the resolution of UHD, there are two even more important improvements that will be coming with UHD Blu-ray.

UHD Blu-rays are slated to support the BT.2020 color standard, which can render around 3/4 of the visible color spectrum—that’s in stark contrast to the 30% or so of the visible spectrum that the rec709 standard supports.  In practical terms that means that we’re now going to be seeing better, richer, and more accurate colors via UHD Blu-ray discs.  The irony in this, however, is that no HDTV today can support the wider BT.2020 standard.  The Blu-ray folks are saying that they are trying to future-proof the standard, which makes lots of sense to us.  The only head scratcher with UHD Blu-ray is that the color spec slated to support only 10-bit color.  Using 10-bit color may end up limiting chroma sub-sampling to 4:2:0.

The second improvement is high dynamic range, abbreviated as HDR.  In simple terms, HDR will improve the range between the lightest and darkest parts of a picture.  Why is this important?  It makes pictures look more lifelike and it’s very similar to the HDR feature on many digital cameras.  So, instead of white areas being washed out or blacks being crushed, we’ll now be able to see better detail and a finer range of brights and darks.  High dynamic range is one of the key elements that makes images look more true-to-life.

The third improvement is high frame rate (HFR) support up to 60fps (frames per second).  The acclaimed Lord of the Rings and Hobbit director Peter Jackson has been shooting the Hobbit in 48fps and James Cameron is reported to be shooting the new Avatar movies in 60fps.  The new UHD Blu-ray standard will now potentially allow home users to experience HFR movies as the director intended.  Movies shot with HFR eliminate the blurring that is characteristic of traditional 24fps movies—especially during fast-moving action scenes.

In addition to video, we're curious to see what possibilities will be opened up for audio with the new spec.  At CES, the focus seemed to be solely on the video options.  The increased bandwidth afforded by HDMI 2.0 as well as its additional channels may open up a host of options for UHD Blu-ray playback.   We're also curious to see if the increased storage capacity of the discs and bandwidth will open up more flexibility for the immersive speaker technologies like Dobly Atmos, Auro3D, and the forthcoming DTS:X standard.

We'd love to see these technologies become truly speaker agnostic and support additional features.  Right now, for example, there are no speaker remapping or dialogue enhancement options for Dolby Atmos.  Although many of these will still need a capable processor, we're very curious to see what the future holds.

In our opinion, there’s no better physical format today than Blu-ray.  While streaming media will almost certainly supplant physical media one day, that day is still a ways off.  The new UHD Blu-ray spec has thrown down the gauntlet.  If you’re a movie enthusiast, the new UHD Blu-ray spec is an exciting step forward.  The spec is still evolving and we’ll be covering the latest updates right here as well as providing more in-depth coverage when the final spec is announced in the coming months ahead.