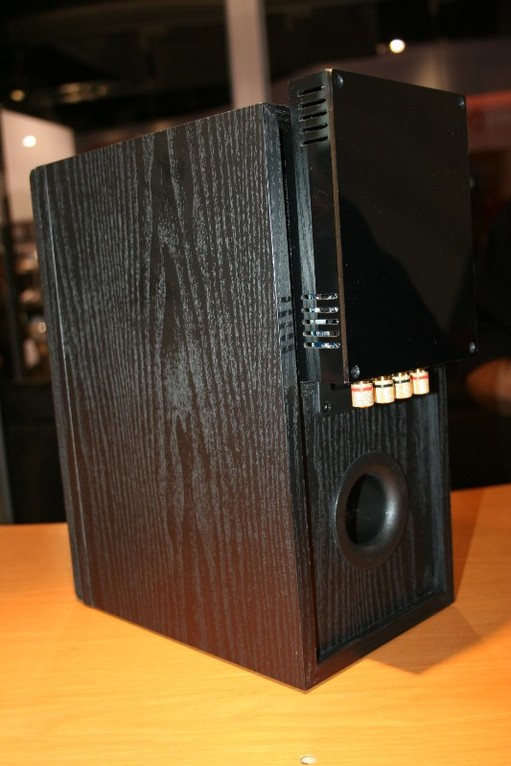 Radiient Technologies showed off its entry into the wireless audio market today at CES. Roomcaster, a new UWB-based audio network technology, is touted to enable true wireless surround sound that is impervious to signal disruptions. Roomcaster can be employed as embedded technology by any manufacturer of surround-sound speakers or as a retrofit technology by consumers who want to turn their existing audio systems into a wireless audio surround-sound network.

Unlike other wireless systems, which operate in the 2.4 GHz band (where WiFi, Bluetooth, cordless phones, and microwave ovens exist), Roomcaster uses Ultra-Wideband technology (UWB), which operates in the 3 to 10 GHz range and offers reliable, super-high data rates. This enables systems using Roomcaster technology to supposedly deliver pristine, digital high fidelity to every speaker in the room with absolutely no drop-out or degradation of fidelity. The demo was anything but pristine with dropouts and static galore. While we're sure the product will work better than the demo (eventually), it was a bit disappointing. They were blaming heat though it didn't seem all that hot in there to us. For more information, please visit http://www.Roomcaster.com.