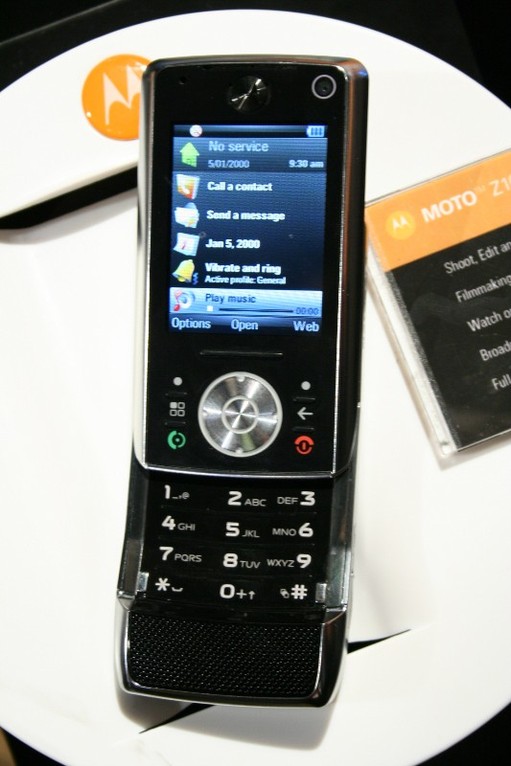 Motorola, Inc. now mades it easy to capture, edit and share videos and images directly from the mobile device with the introduction of MOTO Z10 at CES. The new MOTO Z10 is a complete, pocket-sized, mobile film studio. This kick slider makes it easy to capture high-quality video, edit clips, create transitions between scenes and add title slides and a soundtrack. Then, budding filmmakers can upload their creation to share with friends and family through any number of Web sites such as YouTube, Google, Yahoo! and ShoZu.

In addition to creating videos, MOTO Z10 features great media playback capabilities. With a crystal-clear 2.2" QVGA screen that displays video at 30 frames per second in millions of colors, consumers can watch their own films or downloaded content. The external storage slot will support an external memory card with up to 32GB of capacity, when available.