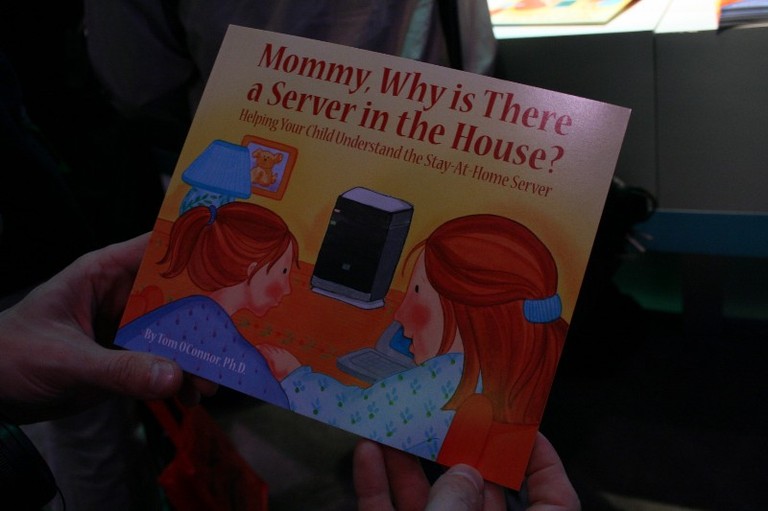 While the home servers are nothing new, Microsoft's new method of introducing them to your child certainly is. "Mommy, why is there a server in the house" children's book was eye opening to us on a lot of levels. First of all, how does someone (no matter their age) call a server a server without knowing what it does? Second, why does the child sound so scared? Is it just because the thing is so loud or does the server put off an air of evil? While we understand that children need to be informed about computer and HT components in your home, we figure every page of that book should have a big read stop sign with the words "Don't Touch" on it. But that's just us. Hey, you're only about 2 years from having your child know more about your electronics than you do so maybe you should just enjoy these years of technological superiority. For more information, please visit www.microsoft.com.