Audio Equipment Reviews: Should You Trust the Pros or Your Own Ears? 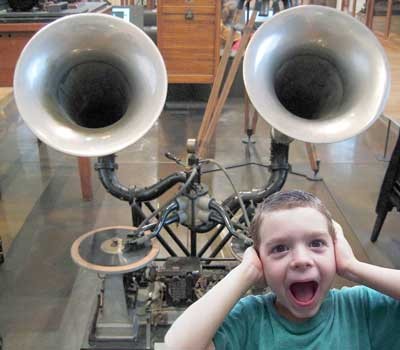 Are you an audio Objectivist or Subjectivist? Many of us here probably have stories of the days when we were hi-fi 'Subjectivists'. There were days when I bought into the whole perfect sound philosophy. Several friends and I used to share our ideas and we tried everything to squeeze a little more performance from the best systems we could afford with our limited budgets. We elevated speaker wires, meticulously trimmed wires and cables to keep them separate from any other lines. We regularly cleaned all connections and spent a little more than I care to admit on interconnects. Now I know better.

But there was a certain joy back then. It was a love not only for the source material but for the hobby itself that drove us to try any crazy theory we read in a magazine or just came up with ourselves.

A recent Audioholics editorial by Tom Andry highlighted examples of the subjective vs. Objective hi-fi philosophies. The quotes were mostly from commercial sources promoting subjectivism in hi-fi. They ranged from humorous to potentially criminal. Sadly, many quotes were from hi-fi journalists, the very people who should be trusted and held to task.

Hi-fi subjectivism isn't all bad. But as Objectivists we seek truth. In the interest of my own balanced search for truth, I maintain a close acquaintance with at least one dyed-in-the-wool hi-fi Subjectivist.

Mr. Subjectivist is the patron of a local high-end audio store. I regularly visit to rifle through the store's used section, hunting for overlooked morsels at bargain prices. He's a well-mannered man and a good conversationalist. If he has time he provides me demonstrations of the most esoteric systems I've heard with price tags so high it's comical. I'll sit and listen to a vinyl recording of jazz or acoustic blues. One day we might sit in front of speakers with boxes made from some exotic material developed for space travel. You just never know what will be next.

I'm a self-styled hi-fi Objectivist and regular reader, sometimes contributor to Audioholics. As such I believe I will never stop learning and I keep an open mind. I agree with 90% of what our Subjectivist says. I believe he's right on the money when he talks about current and high-capacity power supplies contributing to good sound. I agree in principle that quality electronic components often add up to make an audible difference that's greater than the sum of the individual parts. He justifiably encourages customers to try something a tad higher end than they were shopping for. He genuinely wants to turn the casual listener into a connoisseur of the human sense of hearing. In this pursuit I believe he serves a greater good.

But then Mr. Subjectivist will go off the deep end and with a straight face will suggest that Shakti stones will really open up the acoustics of a given system. Hearing a grown man admit to believing he hears an audible improvement to sound quality because he laid a rock blessed by Hindu Gods on his amplifier makes me want to barf.

Subjective philosophy is the belief there can be virtually no ceiling to the ”quality” of recorded sound. There exists an explicit hierarchy of acoustic quality predicated on an endless series of noticeable differences. It's a surprisingly Newtonian outlook for modern man that supposedly benefits from 200 years of science and discovery.

The Subjectivist Audiophile outlook speaks to the ordered universe seen by the likes of Galileo and Copernicus when they first peered out of telescopes. It's akin to a 17th century version of rationalism. They believe in a perfectly ordered universe where everything fits tidily into perfect categories.

It's an outlook that holds the perfect sound can never really be achieved. But if we spend enough money, keep upgrading perfectly functioning equipment enough times (except room acoustics - heaven forbid we focus our efforts there), we mortals may simply taste the merest semblance of this perfection. Like a whiff of our deepest desire. It is actualized but simultaneously disappears as reality quickly sets in that we have…”overlooked the build-up of static charges on the surface of our loudspeakers.”

But of course this condition can be remedied through further upgrades.

By contrast the Objectivist view is closer to the chaos inherent in a more modern, naturalist philosophy. It's awash in uncertainty and an irregular number of bottlenecks. There are many factors to high-end sound, with the first and most important factor to the Objectivist being YOU! The listener of sound gets the final say in what is good.

If a $150 Pioneer receiver sounds great to you, by all means - it's probably a great match for your speakers and your chosen media. Objective audiophiles seem to seek the best return on investment and will be realistic when it comes to spending money. We may seek the awesome, but honestly we're not looking for perfection.

When a noticeable acoustic problem does present itself, Objective audiophilism is about seeking a measurable bottleneck to good sound, while clutching fast to Ockham's Razor. We don't seek to unnecessarily complicate what makes good sound, sound good.

But one thing is for certain: Regardless of which side of the Objective / Subjective divide you sit, we all have one thing in common that makes us a collective minority. We know how to listen. The simple act of closing our eyes and letting the sound take us away. It's a therapeutic journey inside our own senses and a healthy mediation that sets us all apart from the mainstream.

Today consumer electronics is obsessed with seeing music only as a commodity to be scaled into portable devices that generally rob it of rich details. Too much of the population is satisfied only hearing music, but never really listening.

Read the Complete Thread
krabapple posts on October 26, 2007 02:39
I don't trust reviewers ears much at all…or my own, unreservedly. I'm always aware that in sighted evaluations, I might be wrong.
jliedeka posts on October 24, 2007 19:20
I hope it never comes down to a choice between HTiB and high end monoblocks. I think most of us are somewhere in the middle although I'm guessing we have members in the HTiB and high end camps.

I would guess I lean more toward the objectivist side. Not in the Ayn Rand way but I want to see objective proof. If you can't show me the difference on an oscillosope, I probably won't believe you can hear a difference.

sokrman14, post: 322480
I definitely would say I trust my own ears, however there are then people who say that cables and wires are “snake oil”, what if I actually believe I hear a difference. Are they still “snake oil”?

I think you trust the ear, eye, brain interface, not the ears by themselves
The brain can and does play tricks trying to find differences no matter what.

The wires are not the snake oil here, after all, they do work, but the claims made for them that are the snakes.
The claims are not affected by what you think you hear, so the claims will remain snakes.
Your beliefs are another story. Some people will never be convinced otherwise beyond their beliefs while other can and will.
Tom Andry posts on October 24, 2007 17:39

Wayde, post: 322877
In this era of 128bit mp3s and HD content over ultra compressed Mpeg2, I shudder to contemplate a time when all you get to choose from are HTiB or multi-thousand dollar monoblock tube amps.

Hear hear!!!
Wayde Robson posts on October 24, 2007 16:31
Thanks for the positive responses on the obj v subj debate. I know it can be divisive and I hesistate to bring it up. But I think it's worth contemplating.

The most important thing is that we all love sound. Tom's initial article that got me thinking when he suggested there might be a time when you can't get a DVD player over $50.

In this era of 128bit mp3s and HD content over ultra compressed Mpeg2, I shudder to contemplate a time when all you get to choose from are HTiB or multi-thousand dollar monoblock tube amps.
Post Reply