Thin TVs - Some Get It, Some Don't 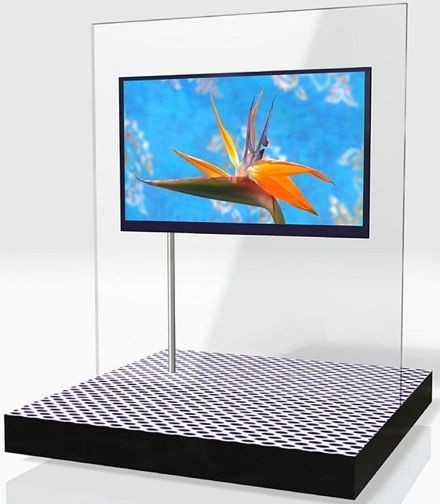 Thin is definitely in

People, at least the gotta-have-it tech-at-all-costs bleeding-edge gimme-my-iphone-now crowd are always looking for the next best thing. And despite the lagging economy, they are driving the market and the media to tell others what's cool and what's the next evolution in products. Steve Jobs and Apple may come out with the next big thing, but if it's not adopted by the elites, and praised by the media elites, it won't make it very far. Now let's apply that to flat TVs. Sure, you may think your new flat panel, measuring in at a scant 3-4 inches thick, is... well... flat. But it's not. Not really. Ever since LED backlighting shrank the electronics required to put out a truly slim LCD television, manufacturers have been touting upcoming models that are increasingly diminutive.

Others, like Toshiba, who we all but openly mocked at last year's CES say that "thin" won't be a driving force in televisions anytime soon. At least not thin beyond their already 4" thick sets. But don't take our word for it, here's a quote from Scott Ramirez, VP of TV marketing at Toshiba America Consumer Products:

"We don't believe, especially in this economy, that people are willing to pay extra for ultra-thin. No one is complaining about their sets being 3 or 4 inches thick."

And don't blame him , that's pretty much the official party line over at that company. Another company who seems to be eschewing flatter TVs is Vizio. Vizio's sets are on-average 4" thick when mounted to the wall and I don't see the company making any plans to reduce that.

So what's the difference?

It's simple, really. The companies catering to the budget consumer: Vizio (now the #1 LCD TV retailer in the US), Samsung, Sony, LG, etc are all correct in that consumers really don't care much about their TVs getting flatter. That's not to say that they don't also have flat LCD sets (Samsung, LG and Sharp certainly do), but they continue to support lower priced models and sell high volumes of those models to consumers.

Let's look at the sales volume numbers for LCD TV brands in the US (according to a report by iSuppli):

While flatter TVs certainly impress the heck out of us, that's certainly not something we hear clamored for on a day-to-day basis. However, what's missing is the fact that with LED technology dropping in price and more and more sets adopting flatter form factors in their high-end lines, the market is going to shift. This is especially true when companies like LG, Sony and Samsung jump into the fray full force and bring prices down even further. These companies are selling thousands upon thousands of TVs at a massive scale. When a company like Vizio ignores flatter sets, they are fine - since their pricing and market position are pretty much right in line with the demographic who is still coming off of CRT technology.

When Toshiba (who has never been on the top five North America LCD manufactures list) says they won't get flatter, they are essentially putting themselves in the same comfortable category - except that they aren't. They don't have the sales volume (at least not in the US) to dictate policy or make predictions about what US consumers will want. Add to that the fact that Toshiba is buying their LCD panels from Sharp (who practically invented the thin LCD technology - or at least made it widely popular among the bleeding-edge crowd) and it raises further question marks.

While I agree that flatter TVs may not be necessary in an economy where, as seen by Vizio's recent surge in sales, consumers are clearly looking for budget conscious products, making sure your company is ready with this technology when the economy shifts and flatter becomes the norm is certainly crucial.

Duff man, post: 595058
Thin is very overrated. I'd rather spend my money on screen size than on something thinner.

I have a 67" Samsung LED DLP and couldn't be happier. The picture is excellent, and for under $2000 it is a tremendous value that LCD or plasma can't compete with.

I just bought a 55" LCD (650 series) to be delivered friday (can't wait). I set out to buy a set like yours but they stopped making it. I guess the thin revolution caused that too!

I didn't need thin, which is the reason I went LCD instead of LED. The picture was indiscernible to me, especially for $900 more

DaleAV, post: 594515
I like the thinner displays from an aesthetic point of view…and if the display has everything else you want, no problem.
I have a Panasonic BD55 player that is very thin (vertically) too…thanks to more advanced electronics integration. That in itself does not make it better, but it is a sign of things to come.
OTOH my Oppo BDP 83 player and that is like a thick slab of granite.
But the performance is certainly top notch!
So really, kind of a non-issue.

They all look about the same ‘thinness’ (is that even a word?) when viewed straight on. I know every time I try to watch it from the side I don't see anything, just hear some dialog.
jinjuku posts on July 13, 2009 14:46

Davemcc, post: 593346
I guess this new style of TV isn't really geared for audioholics anyway since as soon as we can afford the price and dedicated space, we are going for a PJ anyway.

Duff man, post: 595058
Thin is very overrated. I'd rather spend my money on screen size than on something thinner.

I have a 67" Samsung LED DLP and couldn't be happier. The picture is excellent, and for under $2000 it is a tremendous value that LCD or plasma can't compete with.

Yes size for dollar ratio your dlp is nice, but IMO I'd take a 50 or 58" panny plasma for around 2k first.
Post Reply