Reaping what you Sow 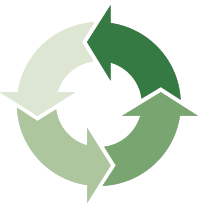 Being a fairly sarcastic person (and by fairly I mean very), one has to be aware of the karmic toll one's actions are sure to elicit. You can only go around saying whatever you want in the form of a "joke" for so long before it catches up with you. I've spent my life watching words come out of my mouth thinking, I shouldn't have said that, while the retribution begins to crush me under its imposing and fully justified wrath. Examples? How 'bout the time I told a girlfriend that her "signature" dish that she worked on all day tasted just like that taste you get in your mouth after throwing up. Or the time some friends came over with a guy from another country and after a few hours of saying nothing to anyone, I looked over at him and said, "So why are you here anyways?"

Polite? No. Advisable? Only if you like destroying relationships or alienating, um, aliens. In recent years I've worked to become a "better" person. Now, by better I mean that I hold my tongue until the person I'm about to talk about is out of earshot. Clint has seen this first hand at CEDIA and CES. Even though it is not efficient or expeditious, we always find a way to spend a few hours roaming around the convention together. Invariably, some crackpot vender with probably only a box with pretty lights on it will come up to us extolling the sonic benefits of his Lite-Brite. Clint, like any good bystander at a dangerous intersection, slows down, savoring the expressions on my face as I try my damnedest to restrain myself from grabbing that stupid box, smashing it over his head while yelling, "How's that sound now, huh?! Is that ringing in your ears the 'sonic nirvana' you were referring to?" Clint also likes to take me around to some of the more esoteric vendors to see my reaction to the price tag. Luckily, he wasn't there to see my face when the T & A (didn't make that name up) told me that their Bose Cube knockoffs were selling for $15 GRAND! I thought my head would explode.

The drawback to sparing others' feelings for the moment only to slam them as soon as I walk away is that Karma doesn't care that I'm making an effort. It knows I'm still doing the same thing but being slyer about it - and she's pissed. Not quite "run me over with a car" pissed but fairly displeased. Apparently, she's picked Memorial Day to take it out on me. A little background: From the end of May to the beginning of June I had plans to be at my parent's house. My wife is at the end of her maternity leave and I work at home now so I told them to take a trip. For reasons too numerous to mention, they can't take a trip without someone watching their house. Trying to head Karma off at the pass, I offer to housesit while they are away - Karma wasn't fooled.

I should have known that something was up when the 50" plasma that I was scheduled to review came late - so late that I only had two days to set it up and do the review before I left. Then, none of my friends (read "both") were available to help set it up so I had to waste one of those days waiting for their schedules to free up. Then, once we got it all unpacked, I realized that they hadn't sent me the base to stand it up on. All that work for nothing and I had to look forward to a 50" plasma sitting in my hallway waiting for me to come home for three weeks. That alone, can drive a man to tears. Resigned to my fate, I packed up my wireless router and headed north to my parent's house.

Router? Well, yes. My parents have an antiquated Windows 98 machine that takes so long to load that you should literally press the power button then go for walk or watch the SciFi version of a classic movie (cause you just know they have to make it into a miniseries). Like most people their age, my parents have the fonts set to large, toolbars arranged haphazardly with no regard to function, and the viewing window is like looking through a porthole in a ship. It fits their needs just fine but for me it is a little unbearable. Add to the fact that all my work is on my laptop and the simplest solution is a wireless router - or so I thought.

Now, while I'm computer literate, I'm also computer cursed. I've known that for a very long time. Way back in middle school when I spent 8 hours programming a "choose your own adventure" game in BASIC then tested it out (specifically the rudimentary security algorithm I included) just to have it crash before I saved it was a clear sign from the computer gods that I was in for a rocky relationship with the devices that would eventually permeate every facet of human life. Still, I had installed the router in my own system with little problems (well, there was a little problem but it was easily fixed) so I had high hopes.

Let's be clear here - DSL sucks. I used to have the service when I lived in California, and I was never pleased with it. It constantly hiccupped - pausing at odd times for no reason. I thought it was my computer but apparently it is a fairly common phenomenon. I subscribed to a cable service when I moved to Jacksonville just to see if it provided me better service than my old DSL line - it did and I never looked back. But that is not why I said that DSL sucks. It sucks because my parent's provider has a networking solution that they want to sell all their customers. Well, I don't want their networking solution - I just want to know why the router isn't working. But they won't help you with your router, only their router. So, I call back and tell them it is a firewall (which it is). Problem solved right?

First, let's describe the problem. As many of you are no doubt aware, when something is working, even if it is not working to full capacity, you should probably leave it alone unless you are willing to put in the time and energy it will take to bring it up to full capacity. 99% of the time, fiddling with something that is partially working will only make matters worse. I know this, but it is hard to remember when you know you shouldn't be having all the problems you are. So fiddled I did, and I fixed it - to death. What was kinda working, now wasn't working at all. In fact, by the time I was done with it, I couldn't even get the computer and the modem talking to each other again. Good times. So, it was off to tech support for the router. Unfortunately, the router is a hand-me-down from one of my co-workers and is so old that the manufacturer isn't supporting it anymore (or so I was told by the nice Indian man on the phone). He did give me a little help but wasn't able to really troubleshoot the problem.

Now I had to call my parents' provider (I won't name them but they live south of the Mason-Dixon line and they like, um, bells) and lie through my teeth. The good news, the nice Indian woman got the modem working again (yeah for my parents). The bad news is that they think the Ethernet card in the computer is bad and that's why I was having so many problems (boo for me). The worse news is that the router only has Ethernet connections available. So, how does this work? Well, the router kinda works when it is connected to the modem but the desktop computer doesn't work at all. So, if I want to work on my laptop, I have to plug in the router. Now, for some reason, I can surf the net wirelessly, but I can't upload anything (this includes posting to the forums, uploading reviews, signing in to some webpages like Hotmail). If I want to upload something, I have to do the work on my laptop, email it to myself, connect the ancient desktop computer and the modem, get my email, and then I can upload it. Not exactly the most efficient way to work.

Now, you may think that Karma has gotten me, but good, that for sure I've paid off my debt… obviously you haven't been paying attention (I told her it tasted like puke, there's no making up for that). In preparation for this trip and the eventuality that I would be working from my parents' house again, I ordered a brand new router to be installed on my home system once I returned. Right now, it is probably sitting in my hallway (most likely on top of the 50" plasma) like a ticking time bomb of fate. I'm not sure what Karma has in store for me, but I'd bet dollars to doughnuts it is going to involve another call to India.