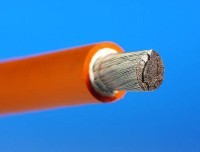 In the continuing tradition of staring unflinchingly into the face to the tough questions and just winging it, OPRA (that's me) once again pits his limited wits to the most vexing and immaterial questions facing the audio enthusiast.

What Type of Speaker Wire Terminator is Best?

If I've had this question once, I've had it, um, once. OK, my first instinct was to go with banana plugs for ease of use. According to those in the know (meaning people with white coats and, um, degrees and stuff), a good banana will offer as good a connection as any. If you spend the extra dough for the locking type (loved by Gene) you'll rip the circuit board out of your receiver before the plug comes out (which is a good thing?) Plus, there is no denying the phallic nature of the connection - that counts for a lot in a world slowly being taken over by women and metrosexuals.

Spades have long been a favorite of the audio elite - mostly because they say you get a greater contact area. My take? They like them because no receiver in the known multiverse will accept them. Therefore, you will be forced to shell out three times the money for half the features for an audiophile grade processor and still have to by amps. Next it's magic cables and XLR connections. And once you step into the audiophile world, there is no turning back. Before you know it you'll be buying rocks and beaks and risers… there's no end to it. It's like the worst cult ever. You invite your friends over for a listening test with and without the rocks (not blind because audiophiles don't believe in such hooey). They smile and nod and delete you from their cell phone shaking their heads sadly.

Pins, of course, are never used in the states because they are preferred overseas. And as all good Americans know, anything from across the pond can only be trusted after we've bombed the hell out of it and democratized the population into submission. The only way I'd suggest a pin connection is if W called me up personally and said, "Uh, now, OPRA, this, uh, pin thing is great. The best. I'm, uh, using it with all my, uh, BOSE speakers." Well, maybe not even then.

Bare wire has a number of things going for it, first, it is cheap. And as we all know, OPRA likes him some cheap stuff. It also doesn't add anything to the transmission line that could possibly distort the sound (such as free roaming quarks and, um, gremlins). Of course, they are kind of a pain to work with, especially if you use 6 gauge like I do. And if only one little strand goes astray, you'll be lucky if the worst that happens is the receiver goes into protect mode. If you are like me, you'll lose the entire channel and have to call the fire department. Of course, if you live in a high humidity area like, um, Florida (where an Audioholic singularity has been discovered and is being studied in the City of Butter), you have to deal with silly things like rust and oxidation. Bad juju for audio signals.

No, it seems obvious that the best connection needs to be strong, incorruptible, and made in the USA. I'm personally thinking bare wire and molten Teflon. First, connect the speaker wire to the binding post as normal ensuring there are no stray wires or other such nonsense. Next, grab your wife's favorite non-stick pan (best to do this part when she's out of the house). Now, Teflon melts at 327 degrees so you'll need a fairly warm source. Because of possible fumes and um, poisons released into the air, I suggest using the grill. I set up a fan to blow anything potentially dangerous over to the neighbor's house that keeps complaining about the noise. Once you've got a good bit of Teflon, just pour it over the binding posts. It is going to be a bit hot so you'll want to put something down like a painter's drop cloth or a sheet of adamantium. Just be sure you've connected everything correctly and that you get rid of the remains of the pot - forgetting either could create a rather uncomfortable conversation later on down the road.

What's This "All Channels Driven" Debate About?

The all channels driven measurement has been both heralded as the only way to accurately convey the power of an amp, and the absolute worst measure for its questionable relation to real world situations. Let me break it down for you. There are two camps. Camp 1 (we'll call them Objectivists) believes that if a manufacturer says an amp can push 20,000 watts into 8 ohms, it should be able to do just that. Even though there isn't a speaker on the planet that could take that amount of power, a circuit that could deliver it without a direct line to a nuclear reactor, or a head that wouldn't explode after 3.4 milliseconds of exposure to the sound created. If they say it can do it, it should be able to do it and not living up to that makes the amp somehow defective. This holds true whether it is the most powerful amp on the market or simply has far more power than you'll ever need (or a quarter the price of its nearest competitor) - nope, if they say it can do it, it should do it.

Camp 2 (we'll call them Rationalists) believes that the only time an amp will need to deliver its full rated power to all channels at the same instant is the exact same instant you either go deaf or need to purchase a new amp. The Rationalists live in this wonderful fairyland of lollipops and chocolate streams where it is perfectly fine for manufacturers to put any old number they want on the side of a box in order to sell a speaker - truth be damned. We've all seen the HTiB's with "900 Watts of Power" on the side of the box when we know damn well at least 200 of that is from the amp in the powered sub. If the amp measures somewhere in the general vicinity of the stated power (plus or minus 50%), it's fine. Hey, you'll never need all that anyways, they explain to the uninitiated. These are the same people that think it is OK for a SUV to say it gets 24 miles to the gallon when you know it must have been in neutral running downhill to get that number. These are the same people that meet their Internet girlfriend and are not fazed when they look more like Mimi from the Drew Cary Show than the Angelina Jolie twin they described in their bio. Not that I'm bitter or anything…

So, which is correct? Obviously they both raise good points. The only sane thing to do is to get into tube amps which are lucky to put out 10 watts. No one measures those things anyhow.

How to Properly Acoustically Treat a Room

The newest rage is acoustical treatments. Now it is not enough that we mess up our feng shui with speakers and equipment racks, now we need to hang potentially cancerous material on the wall to absorb the sound we just spent 4 months salary (1 more month than we spent on that silly ring) on equipment to create. Not saying I understand it ('cause I don't) but that's never stopped me before. OK, so the deal is you want sound, but only the "good" sound. The "bad" sound apparently is extremely attracted to mineral wool and fiberglass where they hold large brouhaha's celebrating their ability to bounce around a room. The "good" sound passes right by because they want to get a good night's sleep and think that drinking and premarital sex is for losers anyhow. Personally, at this point, I'm looking for some sort of room treatment to make those stuffy good sound guys take a drink and loosen up. Perhaps the acoustical equivalent to Tara Reid?

From what I can gather from those two guys that live in the room acoustics forum, you need to place somewhere around 20 panels per cubic foot of room space. While this leaves very little room for sitting, it does absorb down to like, 1 Hz or something. Basically, corner placements are the best so just buy a bunch of these things and bungee cord them to every corner of your room at least 5 or 6 deep. If you are still hearing sound, you probably did something wrong. I'm thinking that the best acoustical environment for listening is in a vacuum. Then you don't have to put up with all those pesky reflections and modes and, um, sound. Of course, this does tend to make the listening sessions short (you've got about 30 seconds before damage - and don't hold your breath) but you can rest easily in your oxygen tent knowing that what you didn't hear was the sound not bouncing off anything. Ah… sonic bliss. Now, pass the morphine will ya? I tried to hold my breath in there.

Camp 2 (we’ll call them Rationalists) believes that the only time an amp will need to deliver its full rated power to all channels at the same instant is the exact same instant you either go deaf or need to purchase a new amp.

Kudos to you, Tom… I've read this sentence at least ten times and I laugh out loud every time I read it! Good stuff!
Tom Andry posts on April 30, 2006 21:36
Thanks all. I've been MIA for a couple of days as I took apart my office to paint. RJ, liked the dryer lint panels, I'm going to have to use that in the future. Glad you all enjoyed it. My favorite part… Tara Reid.
gene posts on April 30, 2006 11:03
I've seen the posts from Simple Mind, I mean Simple Theater Just goes to show you that the people who know the least amount about such topics, are often the most vocal.
Nick250 posts on April 30, 2006 00:04
There has been a debate over at AVS about Gene's All Channels driven piece. I will post a link to OPRA in that thread. That should clear up everything for them
mtrycrafts posts on April 29, 2006 22:53
You need to change the name of this web site to on line audio comedy club
ROTFLMAO
Post Reply
About the author: