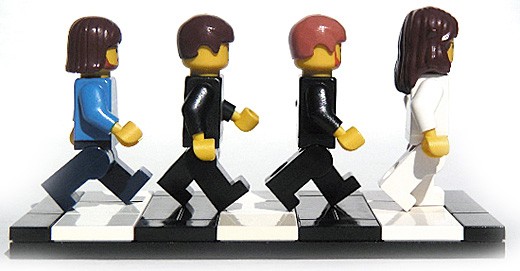 What does the National Aeronautics and Space Administration do for the 40th anniversary of the 1968 Beatles recording “Across the Universe”?

Beam the song into space, obviously. That’s exactly what NASA did last night at 12:00 GMT.

Rather than classic rock, NASA normally uses Morse code on any surviving members of the Spiders from Mars who might be listening. They’re still waiting for a response.

Martin Lewis, the man attributed with convincing NASA to try a different communications strategy, said: “Maybe we should send them something a little more cheery.”

The event will be web-cast at the official Across the Universe Day site. In fact, if you plan on taking in the festivities, NASA asks that you play Across the Universe in your own space at the stroke of midnight. This way you can share in a harmonic convergence that will wrap the entire planet, and indeed the universe, in a warm glow of peace, love and all things Lennon.

When did NASA get taken over by hippies?

NASA used to be the Cold War’s centrifuge - it was the source of courageous national heroes from Col. Buzz Aldrin to Dr. Sally Ride, who ushered in a new era where we no longer doubted what a nation could accomplish.

Now, NASA is into file sharing for harmonic convergence. I sure hope the national space agency has taken care of licensing technicalities. It’d be a national embarrassment to see tonight’s NASA party suffer the fate of Qtrax!

As a public relations scheme, at least this draws attention to the space agency. Even sir Paul McCartney has weighed in on Across the Universe Day:

“Send my love to the aliens. All the best, Paul.”

The Beatles song is to be transmitted directly at Polaris, the North Star. Traveling at 186,000 miles per second, anyone with a deep-space Wi-Fi hook-up in the Polaris system will receive the free download in 431 years.

While the Polarians are listening to Across the Universe, maybe they can tell us what the heck “Jai guru deva om” means. After 40 years nobody on Earth seems to have it figured out.

Wayde Robson, post: 370556
No, it was added to increase ridiculousness of the piece. I have heard nothing about the RIAA's involvement - but if it happens you know where you heard it first

Wayde: When will you realize that your humor just escapes the masses…that's all. Welcome to the crowd!!
Wayde Robson posts on February 05, 2008 11:59

jonnythan, post: 370466
Does the RIAA actually have anything whatsoever to say about NASA's event, or was that just thrown in the article title to increase the sensationalism of the piece?

No, it was added to increase ridiculousness of the piece. I have heard nothing about the RIAA's involvement - but if it happens you know where you heard it first
jonnythan posts on February 05, 2008 11:03
At least you're honest.
jonnythan posts on February 05, 2008 09:30
Does the RIAA actually have anything whatsoever to say about NASA's event, or was that just thrown in the article title to increase the sensationalism of the piece?
Post Reply