Gizmodo Kicks Belkin While It's Down 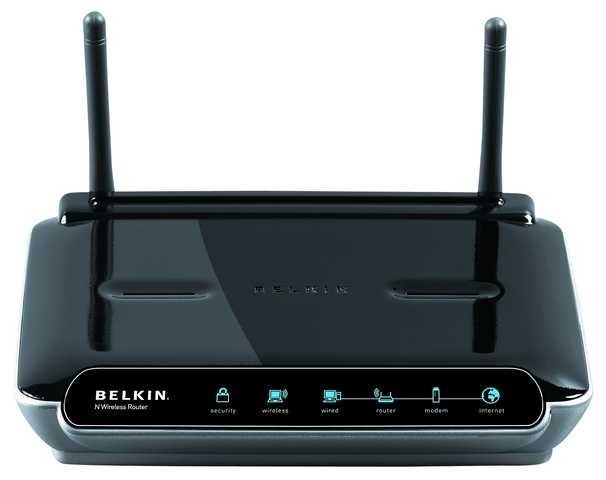 A recent Gizmodo article published a tell-all letter from an alleged employee of Belkin. The letter runs down a litany of dirty tricks allegedly perpetrated by the ailing tech company. But it reads like a catty inter-office email from a disgruntled employee. Have the boys at Giz provided consumers valuable inside info or are they just stirring the pot with a dash of controversy?

Belkin makes a variety of consume grade computer peripherals, they’re especially known for routers. Chances are if you’ve shopped for a wireless router in the last several years you’ve see the Belkin brand. It’s a respected name that’s been around a long time and makes competitive products.

Where all specs are equal for a Wireless N router today chances are the Belkin and D-Link brands are a bit cheaper than those made by Linksys. That’s not to say you have a hard set hierarchy of quality. Many would probably tell you Linksys is priced because of its name which is now owned by Cisco.

Belkin has recently been dragged through the wringer for after being caught in paying off reviewers on the Amazon Mechanical Turk website. An open letter from the company’s president says that a lone-wolf employee paid for positive reviews in an isolated incident.

Is this really just a symptom of more insidious rot beneath the surface over at Belkin.

Yesterday Gizmodo published an alleged tip from an insider at Belkin. The list of shocking claims includes the statement that Belkin products are so low that a majority of its employees won’t even use them when they’re free. The writer also claims Belkin uses a variety of underhanded methods to cheat reviews and demonstrations.

“We have paid magazines for positive reviews, made custom devices or fixtures for use at trade shows to ensure quality demos. One such example would be a fixture that runs hidden cable to a TV or audio receiver, yet claiming the broadcast is coming from a wireless transmitter, or through a USB hub.”

But what’s really telling about the letter is when the writer slams management and office culture and then gets personal about the company’s CEO blaming him for running the company into the ground while increasing his salary.

“It is very common for upper management to force a product to be released even though major concerns about the product are well known.”

Name a tech company that doesn’t try to push products out the door prior to engineers believing it is truly ready. As an Office Space employee might put it - It sounds like somebody has a case of the Mondays.

Even Jason Chen, the author of the post on Gizmodo, admits they have had positive experiences with Belkin products. Despite usually being a less expensive alternative to other brands it’s difficult to believe that any consumer electronics company could survive long with practices like those outlined in Gizmodo’s tip.

In order to get some detailed info of our own I have emailed Belkin’s PR reps to get their side of Gizmodo’s story. As a privately held company no stock information is available for Belkin International Inc, but it would have been interesting to see how it has fared in the recent market climate.

HeXetic, post: 512627
So Giz posting an e-mail purpotedly from a Belkin employee regarding a Belkin scandal is “stirring the pot”, but Audioholics posting (on the very same day!) hearsay from doctors who've never examined Steve Jobs regarding his supposed medical condition, that's A-OK?

It's fine to try to talk about the scandal and to get Belkin's side, but don't throw stones when your house is made of glass as well…

But without glass we couldn't see the outside. Stop living in a box and come see the world. Sorry couldn't resist
yettitheman posts on February 11, 2009 02:21
^lol.

HeXetic, post: 512627
So Giz posting an e-mail purpotedly from a Belkin employee regarding a Belkin scandal is “stirring the pot”, but Audioholics posting (on the very same day!) hearsay from doctors who've never examined Steve Jobs regarding his supposed medical condition, that's A-OK?

It's fine to try to talk about the scandal and to get Belkin's side, but don't throw stones when your house is made of glass as well…

I just love the mentality of people that join to point out things they don't agree with.
Seth=L posts on February 10, 2009 00:26
I've not had too many problems with my Wireless G router. Most problems I've had with my internet where ISP based.
BHearon posts on February 09, 2009 23:19
Belkin products in my opinion have been reliable and is something that I purchase with confidence. The article sounds like sour grapes.
Post Reply