BD+ Cracked? So Much for Happily Ever After 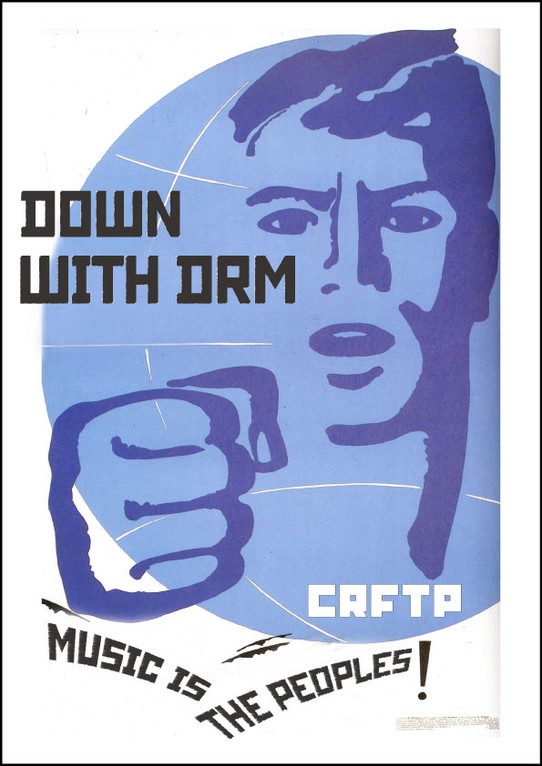 This "fable" is about the MPAA who believed they should have control of how people watch movies in their homes. The MPAA wanted to make sure that the people would be unable to do anything with those movies that the MPAA didn’t want them to do. So, the MPAA sought champions and prepared elaborate defenses to defend their content and to enforce their will upon those who would challenge them and steal their content.

First came VHS, but VHS was imperfect and of very low resolution. VHS was easy to copy but the copies were of even lower quality. The people hadn’t a care for the MPAA’s wishes because they were protected by fair use and the Betamax decision. But the MPAA brought Macrovision down upon the people to make sure they felt the will of the MPAA.

So, when DVD was wrought, the MPAA’s called for a champion, defender of the content. Fair use and Betamax would be no more. DVD was perfect, but still of low resolution, so to protect its perfection, the MPAA wrought CSS to champion their cause. But CSS was only 40 bits strong and so fell quickly to the hacker hordes and the people were free to do what they wanted with DVD.

So AACS was forged, but the MPAA was divided. AACS was 128 bits strong, far mightier than CSS. Some in the MPAA felt AACS would be enough to thwart the hacker hordes, others felt something more was needed.

Then came the great rift.

As the blue predicted, AACS fell easily before the onslaught of the hacker hoards. So, the blue, to protect their precious content marshaled BD+ to join the fight.

The criers proclaimed that BD+ had arrived; the fight against the hacker hoard would soon be over. BD+ can not be felled by the strength of arms of any enemy.

Trumpets blared, and BD+ was joined in battle.

The hacker hoard reared up and fell upon BD+ with a scream. Very soon indeed, to the dismay of the MPAA, BD+ was also felled and the hacker hoards swept on, unopposed.

For in the quest to control the content and protect it from all, through mistrust and misuse, the MPAA had turned the people into the very hacker hoard that they feared.

The moral: Toot your own horn loud enough someone is bound to make a fool of you.

In the latest setback to the MPAA’s quest to lock down all digital content a software crack for the much vaunted BD+ is now available.

Some readers may recall that the Blu-ray Disc Association is populated with content companies who felt one kind of copy protection was not enough for their precious HD movies and we of course know that criminals, I mean consumers are out to get them.

In other words, one type of electronic headache was not enough to inflict on consumers, causing hardware/software interoperability issues, slow hardware loading and operation times, as well as driving up both software and hardware costs for designing and implementing the additional security and then passing the costs onto the consumer. Consumers needed two headaches.

So, BD+ was conceived to be an additional layer of protection to run on top of AACS. BD+ operates as a Java virtual machine, on top of BD-J that allows decoding of localized data corruption built into BD encoding to protect the raw data as well as operate countermeasures against hacked players. Finalization of the BD+ specification was delayed, but was at last approved in June of this year.

BD+, unlike AACS, which suffered a partial hack last year, won’t likely be breached for 10 years. And if it were, the damage would affect one film and one player.

Read the Complete Thread
Audioholics posts on December 12, 2007 11:10
Not exactly convincing, since it simply appears that a third party application/player could work in tandem with a crack to release the code.
Weber posts on December 12, 2007 08:52
Macrovision acquired the BD+ technology from CRI. Macrovision denies that BD+ has been compromised. See the following for a transcript of the MVSN conference call.

Yes, but then you can concentrate your efforts around those places, not the entire border.
Gasman posts on December 10, 2007 16:35

And on the other side, “John's ‘One way trip’ to Red Light District”.