Are YOU an Audioholic? Take the Test! 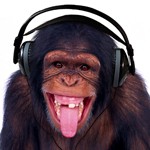 Are you an audioholic?

Did you know that 1 in 3 people suffer from some form of Audio Addiction? 1 in 3! Of those people, 21% suffer from the most severe form, Audioholicism. Did you know that 82.5% of statistics are made up on the spot by writers trying to be overly clever? Well, Audioholics.com in conjunction with The Home Theater Alliance, AV Rant, and the OPRA Opine Ominbus.Org have combined their considerable resources to bring you the definitive measurement tool for assessing your level of Audioholicism. Be wary, you might not like what you find out about yourself!

Directions for the test are simple: Keep a close eye on the directions on the left. When it tells you to pick one, you can only get points for ONE of the selections. Bonus and “Pick all that are appropriate” directions mean just that. Be honest, this test is only valid when the taker is completely and totally honest.

Here is the breakdown of your level of audio addiction based on your SUBTOTAL alone:

“Yeah, but,” you reply. We know the “Additional Symptoms” are not included in the above table. Well, take your Grand Total (including the additional symptoms modifications) and reapply to the above table and count the level change. For example, if you had 70 points before and now have 90, then you’ve gone UP one level (you have one higher level of Audioholicism). If you are now above 151, then each 50 point increment (151-200, 201-250, etc) is considered a new level. Apply that to the table below:

View the attached PDF file below for the official test!

Discuss This Article
BMXTRIX posts on February 25, 2021 10:59
There definitely are some dubious deductions and that's what kept me from the top rank with my normal score. I mean, seriously… Has Gene not heard of Plex? (lol)

Back then, I absolutely refused to use a HTPC because they were just unusable IMO. Horribly unreliable and didn't play the formats that I wanted. I ended up paying a decent amount to get Dune HD media players. They were fine… Heck, they still are. But, nothing like what Plex delivers.

Also, if you have a subwoofer that asks for a hand truck to move it, then you likely are one of the few who get bass response that can be felt at subsonic levels. Sitting in a theater where you can feel the bass, but not hear it, is pretty incredible. If someone hasn't experienced that, then they really should. Of course, that's only a 2 point deduction, so was pretty much thrown in to get a well deserved laugh. I'll take that 2 point loss any day of the week to keep my 18“ Velodyne.

Likewise, almost everyone I've spoken to who has added bass shakers to a proper theater setup, has been blown away by them. It is one thing to have them in lieu of a subwoofer… but in addition to a subwoofer? I've heard that the impact is amazing.

There are some negatives… Like me not caring about lossy audio. I get it.
I would say, still using analog video would be an example for points deduction (unless you have to because of legacy gear)
NOT streaming from at least one High Definition service provider… Doesn't everyone have at least one service they use regularly?
Maybe a bonus for being a cord cutter. (I'm not) Or replace ‘FIOS’ with ‘CORD CUTTER’ as the top point getter for how you consume television.
Bonus for actually having wired networking at all your TVs and AV devices that need it (welcome to 2010 Gene!).
Deduction for not having ANY AV devices hard wired for networking.
Deduction for not using Gigabit networking in your home.
No points for a 1080p TV. Come on, that should almost be a deduction, but they still do look good and until a few years ago, were the only game in town.
Bonus for TVs 80” or larger. I mean, 75" can be had for $600 these days. It's more about having space than money these days.
Bonus for laser projector…. Deduction for LED projector.
Bonus for OLED.
Deduction for using a speaker bar? Sigh… maybe just add a point. It's better than TV speakers.
Deduction for thinking that your speaker bar is the same as a fully installed 5.1 setup.
EXTERNAL SCALER??? HA-HA-HA-HA-HA!!!! Come on, those just aren't reality anymore are they? That's more like a ‘DING’ than a ‘POINT’ item these days.
How about 8K support? Is that an addition or a subtraction?
Using eARC properly?
Knowing the difference between ARC and eARC.
Using ARC (eARC) exclusively? (Deduction!)
HDMI switching in a receiver is pretty standard these days.
How about HDMI matrixing to multiple displays?
Owning a DVD player, these days, should pretty much be a deduction.
What's HD DVD? (Kidding, I actually have a Toshiba)
Owning a 4K UHD player is pretty much the standard. As is UHD streamers (Roku, AppleTV, etc.)
A deduction for having a game console as your HD player? By all accounts the PS3 was one of the best Blu-ray players on the market and basically was the core for Blu-ray winning that format war. So, yeah, anyone who uses a console has a UHD player which is a console. Shouldn't be a ding really. Also… What's a PS3????
Still have a VCR… Is that a ding or a plus? I'm not fit to judge as I have a Blu-ray/VCR combo unit.
Maybe a bonus for having a HTPC which feeds your own music and video collection with 4K and lossless audio support.
Maybe a bonus for having more than 30TB of storage? 50TB? 100TB? Storage is getting cheaper and cheaper.
The cables stuff is good, except there is no company that rhymes with ‘onster’ any more is there?
I would remove the ding for ‘hospital grade’ as a term. Hospital rated outlets actually do have a higher standard associated with them, and cost just a few bucks more than standard outlets. Not sure what else would be used that would be considered hospital grade, and spending more than $10 on an outlet is pretty much insane.
Some points should be in place for voice control options.
Lighting control should be a standard point item I would think vs. a bonus point item.
A deduction for not having a good universal remote control of some kind.
Perhaps an addition for paying a professional to do the work because you didn't have the skill set to do it all yourself.
A bigger addition for doing the work yourself because you went online and learned how to do it.

Pogre, post: 1463511, member: 79914
I think BMX nailed it. An update is in order for sure. Quite a few questions are pretty dated, and agree there are some dubious deductions.

I lost out on some points for only having one 5.1 system in the whole house. I barely have a second 2.1 in another room, but it's there and sees fairly regular use. It's my Craigslist speaker finds system, lol.

lovinthehd, post: 1463506, member: 61636
I didn't deduct for my subs because I can still either pick them up or remove drivers or other helpful things when moving There were several questionable deductions in various places, even for that time.

I think BMX nailed it. An update is in order for sure. Quite a few questions are pretty dated, and agree there are some dubious deductions.

I lost out on some points for only having one 5.1 system in the whole house. I barely have a second 2.1 in another room, but it's there and sees fairly regular use. It's my Craigslist speaker finds system, lol.
Post Reply