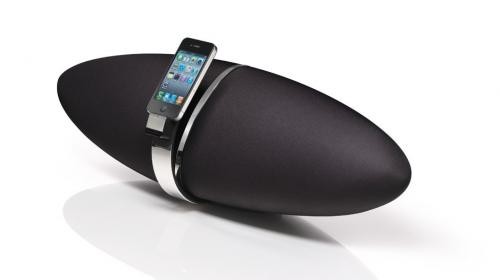 The improved sonic performance is complemented by a collection of new features, foremost among which is the inclusion of new AirPlay technology. AirPlay also lets users create an easy to set up multi-room system with iTunes on Mac or PC, delivering music to multiple Zeppelin Airs around the house.

The best sounding Zeppelin yet, Zeppelin Air features dramatic changes over previous models. It's a fully active 2.1 design, which means that all five units are individually driven by dedicated audiophile amplifiers, which are specially designed by Bowers & Wilkins. The improved 4x25W + 1x50W output powers updated drive units, for a truly room-filling performance.

AirPlay requires iTunes 10.1 or later and iPhone, iPad, or iPod touch with iOS 4.2 or later.