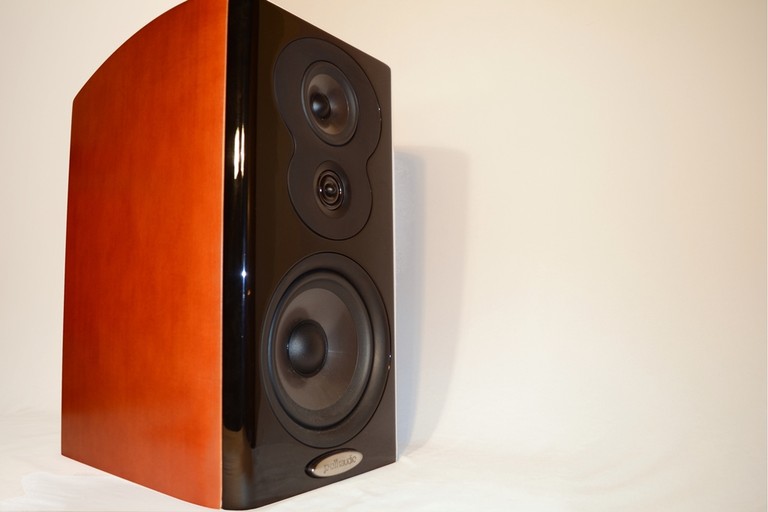 Polk Audio is one of the most well-known names in the entire audio marketplace. Throughout my years as a home theater installer I saw more people using their old Polk Audio speakers than any other brand, except maybe Klipsch. Over time, Polk has slowly shifted from a focus on two channel systems to a product offering with an emphasis on home theater and price points that appeal to the mainstream consumer. But they have not forgotten about the high-end crowd, even if the high-end crowd has started to dismiss them. When Polk first announced their revamped flagship LSiM lineup in 2011, Tom wrote up a preview article that ended with, “We can't wait to get our hands on a pair to try them out.” Well, the wait has been long, but we have finally had the opportunity to sit down with the Polk Audio LSiM703 and give them a full run through. And it was well worth the wait.

The new LSiM series is a refresh of Polk’s previous flagship line, the LSi series. When I say flagship, I’m not talking about products priced into the stratosphere. Polk has kept the prices very low in comparison to most other speaker manufacturers. The most expensive offering is the LSiM707, a large floorstanding speaker for $1999/ea. Although this line is considered “budget” for some, Polk managed to pack much more technology and quality engineering into these speakers than most of the competition typically does at the same price point.

For starters, the top of the cabinet is curved, and the sides taper off towards the back to create a wedge-shape. This helps reduce internal resonance and standing waves, but it also makes the speaker look cool and less "boxy". The enclosure itself is made of MDF with 1” baffles on the sides, ¾” on the back and bottom, and 1 a ¼” thick front baffle. Everything is then finished off with a hardwood veneer, available in such creative names as Mt. Vernon Cherry or Midnight Mahogany. I attempted to take the speaker apart to get a better look at internal bracing, but the only visible screws are on the binding posts…and it’s glued in place. So, no internal pictures for this review.

The 703 is a 3-way design with a 6 ½” mid-woofer, 3 ¼” midrange, and 1” ring radiator tweeter. The tweeter and midrange are part of what Polk calls its Dynamic Sonic Engine. Other than having a nifty sounding name, this means there is a single molded piece that holds both the midrange (in its own enclosure) and the tweeter (which also includes the baffle). The Dynamic Sonic Engine (read: tweeter and midrange) is inside an enclosure with 1 ¼” baffles, separating it from the 6.5” mid-woofer. Separating drivers within a cabinet is a great practice, and shows that Polk is serious about these speakers.

The mid-woofer and midrange cones are made of Polk’s new Super Cell APP. This is an improvement on their aerated polypropylene (APP) material and is supposed to be more ridged and lighter in weight. Both the mid-woofer and midrange drivers have cast aluminum baskets (another plus), while the mid-woofer has butyl rubber surrounds (and dual spiders) and the midrange has foam surrounds. The tweeter is a new ring radiator design that Polk developed for the LSiM lineup. They extended the frequency response up to 40kHz (only flat up to 20kHz), reshaped the phase plug, moved the tweeter out further on the baffle, and added a host of other changes you can read about here. I was particularly glad to hear about the redesign because I haven’t been a big fan of their previous ring radiator tweeters. On the rear of the speaker you will find Polk’s proprietary PowerPort technology. PowerPort is a cone that sits at the mouth of the port. Polk claims this reduces port chuffing and has the same effect on bass that a longer port tube would. While I would take that statement with a grain of salt, the bass from these speakers was powerful and clean. Below the PowerPort are two sets of high-quality binding posts that allow the speaker to be bi-amped or bi-wired. Unlike less expensive speakers, these binding posts just ooze quality, and easily held the heft of my giant Monster M2.2s speaker wire.

With three drivers in separate enclosures and a large rear-firing port, you might be wondering how large these speakers are. At nearly 17” high, 9” wide, 15” deep, and 30 pounds, these are some serious bookshelf speakers. I felt safe with them on my Sanus SF26 stands, but this is as large and heavy of a speaker as I would put on them.

The 703’s have a rated frequency response of 36Hz-40kHz, but that’s not the -3dB point. With a -3dB reference, the 703’s will play from 50Hz to 30kHz. This is deeper than most bookshelf speakers, but they are also larger than most speakers in this category. The entire LSiM lineup has a rated sensitivity of 88dB, which is a little low, but the Anthem M1 amps I used are rated at 1,000w 8ohms, so I had no issues driving the 703’s well past comfortable listening levels. Those who are trying to play them at extremely high levels in larger rooms might want to have some beefy amps.