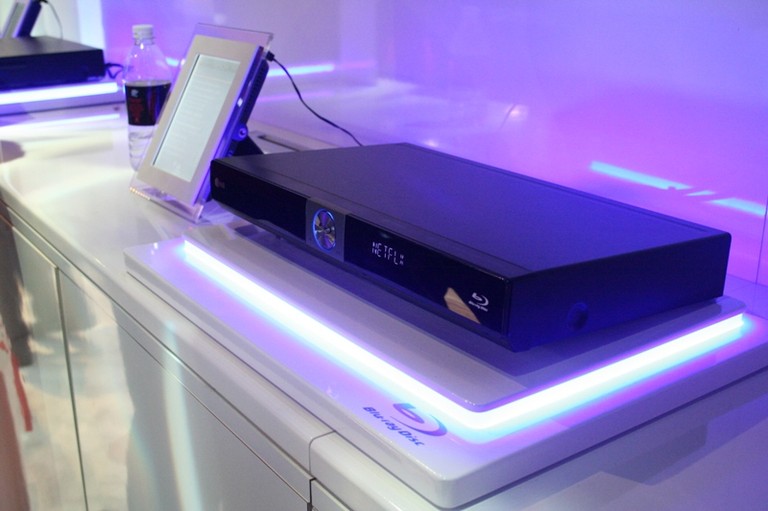 LG announced their update to the very exciting BD300 player. When it hit the shelves, it was one of the first Blu-ray players (nay, devices in general) that could stream Netflix content. The BD370 takes this to the next level by offering not only Netflix streaming, 1080p upconversion, and other standard Blu-ray features, but also CinemaNow and YouTube streaming. There are also plans to include Yahoo! Video (via their widgets software) and LG is calling the whole package its Netcast entertainment system, which it plans to roll out not only in set-top devices, but also in its new LCD and plasma televisions.

While funny, if technologically inferior, videos of people breaking their arms or kicking each other in the groins on YouTube doesn't exactly sound to us like a huge selling point, the CinemaNow and Yahoo! video partnership should give users access to content previously trapped on your computer.

CinemaNow has more than 14,000 titles from the major movie studios, broadcast and cable television shows, and over 250 independent film titles and music videos from all major labels. Unlike the Netflix model where you sign up for a monthly fee and get unlimited access, CinemaNow is an "On-Demand" model where you only pay for what you want. The BD370 will allow users to browse the entire CinemaNow premium content catalog, instantly stream content, and access and watch movies purchased from other CinemaNow-powered stores. The big selling point? CinemaNow is the first broadband distributor of high definition content! We're very interested to see exactly what it will take connection-wise to perform this streaming and how well received the service will be with the general public.

Possibly the best news of all: the LG BD370 will retail for a surprisingly low $299.