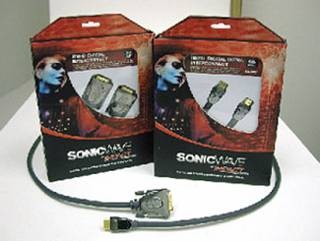 " With regard to excellence, it is not enough to know, but we must try to have and use it." - Aristotle

The more things change, the more they stay the same. Nearly fifty years ago (1958 actually) the hobby of music reproduction took a giant leap forward with the commercial introduction of stereo recordings. The concept of reproducing music through two speakers, though self-evident today, was something of a radical concept. Understanding the subtle interplay of phase between the two reproducers and the creation of a 'soundstage' took years of careful consideration before the technique was perfected (some will argue that it hasn't been perfected yet).

Fast-forward to 1983 and the introduction of the compact disc to the American consumer. Digital audio recording was the result of a conceptual exercise that began in 1937 with the exploration of pulse-code modulation. Although initially billed as "Perfect Sound Forever" the compact disc - and indeed all digital audio and video recording - continued to be refined to the point where the technique was just perfected a few short years ago (some will argue that it hasn't been perfected yet). The result of all this progress is the availability, at a low cost, of access to thousands of individual works of art in both the audio and video medium. A byproduct of this progress is a bewildering array of digital encryption systems and connections. It's almost enough to make an enthusiast wish for one stable platform - one system on which we can all agree that technology is finally in the service of art. Welcome to the twenty-first century! 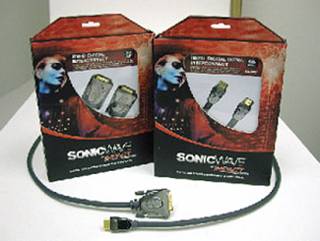 Keeping a signal in the digital domain until the very last instant before it is converted into the compressions and rarefactions that are sound - or the illumination of pixels or scanning lines that are images - is generally considered the best platform available to the contemporary audiophile. Regardless of the signal's origin we can all agree that multiple trips through analog-to-digital and digital-to-analog converters cannot do anything positive for the listening or viewing experience. Understanding the advantages and disadvantages of various connection schemes will help you maximize the performance of your home entertainment investment. 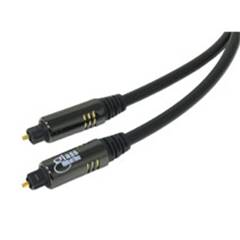 here are two digital audio interconnecting schemes in common use in consumer electronics today. The two are the TOSLINK optical interconnect and the S/PDIF coaxial interconnect. Check out our article History of TOSLINK Interconnects for more reading on this subject matter. Both of these formats are specified in the compact disc "red book" standard. A standard audio transfer file format, S/PDIF is found on all types of digital audio equipment from DAT machines to computer sound cards. The most common connector used with an S/PDIF interface is the TOSLINK connector. TOSLINK, also known as EIAJ optical, utilizes a series of on/off pulses of a red LED transmitting light to send the series of 1's and 0's that describe the audio waveform.

TOSLINK as an audio connection has advantages and some drawbacks. On the plus side, TOSLINK is not an electrical connection! Because of this, the use of a TOSLINK interconnect will not cause ground loops when the source and load are connected to different electrical circuits, such as may happen when interfacing a computer system with a home theater rig. Eliminating ground loops will ensure optimum performance of your equipment, maximize the signal-to-noise ratio for quiet backgrounds, improve reproduction of low-level detail, and protect your equipment from damage. Another advantage of the TOSLINK interface is its immunity to environmentally induced noise. The TOSLINK interconnect will not pick up electromagnetic interference (EMI) or radio frequency interference (RFI). You won't have the local AM radio station playing in the background of a TOSLINK connected source!

TOSLINK has a couple of drawbacks that must be acknowledged and understood to maximize performance, however. First, the implementation of TOSLINK requires a change in format from an electrical to an optical medium. No such change, including similar changes from digital-to-analog or from analog-to-digital, is without cost. In the case of transforming the electrical data stream to an optical signal for use with a TOSLINK interconnect you will increase levels of both noise and distortion within the system. This decrease in fidelity may be especially pronounced with wide-bandwidth multi-channel signals.

A related drawback of the TOSLINK scheme is its tendency towards restricted bandwidth. Truncated bandwidth in an optical connection can cause signal interpolation and/or jitter, and thus compromise the sound. Selecting a high quality interconnect with a minimum 10MHz bandwidth ensures maximum compatibility with multi-channel sources such as a DTS-encrypted DVD. 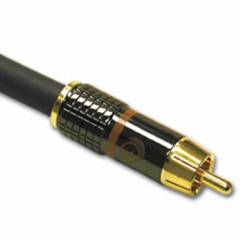 The second common digital audio interface is the coaxial S/PDIF. This connection looks, acts and is, for all intents and purposes, identical to a composite video connection. It is designed to operate at a characteristic impedance of 75-ohms, is immune to tight bends as long as they don't physically change the geometry of the cable, and suffers virtually no limitation at practical installation lengths. From the earliest days of compact disc to today many audio connoisseurs have considered the coaxial S/PDIF interconnect audibly superior to the optical TOSLINK format. Improvements in optical conductors have somewhat evened the playing field, but if your connection needs to be more than twenty feet or so in length you must consider the coaxial solution.

Coaxial S/PDIF is an electrical connection, and therefore can cause ground loops or allow the introduction of RFI and EMI into the digital data stream. Be careful to select both a quality cable and to run it in such a way as to minimize or eliminate these possible sources of compromise.

There are three commonly used interface protocols used for digital video in the consumer electronics industry. There are, of course, more than three but most of the others are endemic to the computer world. This article will only focus upon interface schemes commonly used between a source and an A/V Pre-Pro or consumer display device. 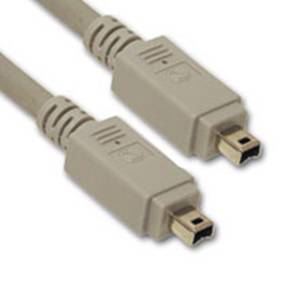 Firewire™, also known as IEEE 1394 or iLink™, is a digital communication standard that supports data transfer rates up to 800Mb per second. Invented by Apple Computer in the mid 1990's, IEEE 1394 was soon adopted by the likes of Sony, Phillips, Panasonic, Canon, JVC and others where it is commonly used on digital camcorders, DVR's and digital satellite receivers. Firewire is also used with some extended definition audio formats such as SACD and DVD-A.

Firewire (shown on the right) is a copper based interconnect that can reliably deliver a digital video signal up to fifteen or so feet. There are a few "flavors" of Firewire - 4/4, 4/6, 6/6, and Firewire 800. Most consumer digital video products and laptop computers will use the 4/4 or 6/6 configuration. There are no practical performance advantages (or disadvantages) inherent in these various choices. Check your owner's manual to determine which cable is correct for your gear. 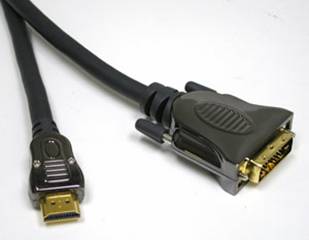 DVI (Digital Visual Interface) is an uncompressed digital connection scheme originally developed for the PC industry. Initially designed as a low-cost, high-bandwidth digital connection between PCs and digital monitors, DVI is now the most widely used digital display interface in the computer industry. The EIA/CEA 861 protocol defines how DVI is used to connect a video source device to a digital television monitor (DTV Monitor). In home theater applications DVI may be combined with High-bandwidth Digital Content Protection (HDCP) technology to create a protected digital connection that prevents unauthorized duplication of appropriately encrypted programming.

DVI is a copper-based electrical interface that is effective to sixty feet or more. If significantly longer interconnect distances are needed a DVI "extender" device must be used. While common in the realm of PC's, DVI connections on home theater products are found primarily on projectors, monitors, advanced DVD players and some satellite receivers. All home theater applications of DVI utilize the DVI-D standard in a single link configuration. DVI-D dual link will support up to a 1080p image, but that level of performance is rare (and very expensive) in today's market. It is important to note that a DVI-D dual link cable is completely compatible with single link applications and offers the added benefit that as you upgrade components you won't need to invest in new cables.

HDMI, like DVI, is a copper based electrical interface. HDMI is effective to more than sixty feet, and ensures full performance in almost any consumer application. A small connector, HDMI interconnects also have the advantage of being able to slide through a conduit. This interface will become a preferred candidate for all kinds of custom installations. As this is being written, HDMI is available on more than 100 consumer electronics products from more than two-dozen manufacturers. There is little doubt that the future of home theater and high-definition entertainment will be intimately entwined with the HDMI protocol.

Clearly the world of digital signal interface has evolved in important and unexpected ways over the last few decades. Giant leaps in technology have become so commonplace that they are nearly taken for granted. Understanding the implications of this evolution in technology will most certainly pay dividends in the form of better audio/video performance and a longer lasting return on your investment in interconnect technology. As the old saying goes, change is the only constant.

We would like to thank Impact Acoustics for allowing us to reprint this informative article.