HDMI 1.4 and Through the Ages 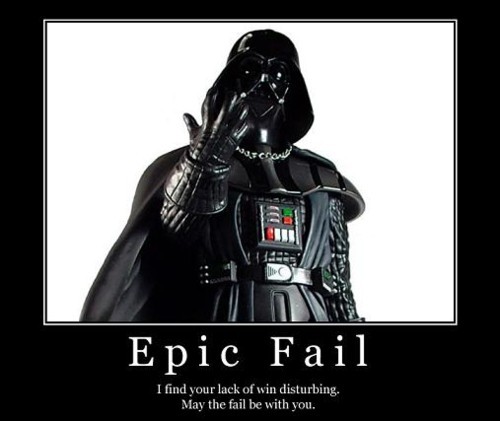 Key Digital had an interesting newsletter that got sent out this week. In it they had a table which went through the various iterations of HDMI, from version 1.0 through the newest 1.4. We thought it was a good chart, though we disagreed (slightly) with some of their assessments on the importance of each of the versions. I've also included their summary on HDMI 1.4 below. It's a great and informative newsletter and I recommend you sign up if you are in the industry.

As I hinted at in my article on The Twelve Biggest Industry Mistakes of the Digital Age I believe that HDMI is really more of a stop-gap interface whereas it could have been a new standard. Instead, we have a largely "stupid" new cable system that merely carries data. While HDMI will argue that its CEC system is cable of providing a platform for some of the negotiations mentioned above, CEC was pretty much an afterthought and is NOT standardized across platforms and manufacturers. It is also very simplistic and not nearly sophisticated enough to handle the type of communication users will soon expect.

In a general sense, it seems like HDMI is continuing to add features in a bid to stay relevant and possibly to maintain some kind of "lead" over rival DisplayPort (which has yet to make any inroads into the CE market beyond Macs and PCs). It is apparent that for the mainstream consumer, HDMI v1.0 was sufficient for everything in mainstream use today. 1080p, 8-channel PCM audio (taken from Dolby TrueHD and DTS-HD sources) and the unstandardized and largely useless CEC were all present in v1.0. Improvements since then have been mostly an effort to assuage audiophile and videophile consumers' dreams of world domination - with no real practical application for the masses.

While I can tell you without a doubt that most of my associates and friends understand (loosely) the concept of 1080p, none of them (not ONE) understand (or use) x.v.YCC, Deep Color, DVD-A, or SACD. They have no idea what CEC is and they do not use the lip sync function designed into the HDMI specification. They could care less about bitstreaming Dolby TrueHD or DTS-HD because their HDMI-equipped A/V receivers do just fine with the multi-channel PCM output from their Blu-ray players (if they even have Blu-ray yet).

Thoughts of Ethernet and digital audio return channels, while convenient to those of us in the know, are as far off as the hardware that will support these features - none of which (to our knowledge) have been manufactured yet. And 3D technology, while a nifty thought, is a long standard away from being a reality for consumers at home. And let's not even go into the physical form factor. Insertion loss aside, the friction-lock HDMI connection is a general nightmare in terms of falling out. Couple this with the many HDMI-over-Cat-5x and new HDMI-over-coax solutions and you wonder why we needed to go to this new bulky, glitch-prone, difficult to terminate and manufacture topology to begin with.

Overall, HDMI doesn't seem to be getting us where we need to be, and thus it is destined to eventually go extinct, to be replaced by a "smarter" standard. The potential for devices to work easily together and do more has been retarded as a result. The only hope for HDMI is a standardization of the CEC protocol into something that is actually USEFUL, instead of the vague guidelines present now. This seems almost impossible since so many manufacturers have developed their own proprietary systems. When manufacturers can commit to a single set of standards for interfacing devices and sharing data across all of them we will have arrived at something truly great. Until then, these incremental updates from HDMI Licensing are largely a waste of everyone's time and a source of great pain for manufacturers and custom installers alike.

All of this is utterly preposterous to be on a msg board for CONSUMERS or even professionals like custom installers. This should all be discussed by industry insiders AND, very importantly, government regulators. It is obvious that the industry cannot or will not police itself here- and revealing that is the real value of this discussion. The federal government, or some consortium of federal governments, like the US, Japanese, and European Union governments, should have study groups of real experts, such as people from the National Institute of Standards and Technology, hash all this out. Then legislation governing what enters the market place can be written and enacted and agreed to by treaties.

Have you consumers ever been deeply involved in designing your next antibiotic? Of course you have not been, and to have you involved in this discussion makes just as much sense. It is obvious that all the chaos in the market place is the result of stupidity and greed. Greed because if the standards keep changing, billions of dollars of consumer electronics can keep being made obsolete so more can be sold. The major governments need to step up and get this done right. Did they let 30 different broadcast standards for FM or TV enter the market place? No. But of course HDMI standards are not broadcast standards, so the governments can say they are not in their jusisdiction. Let the consumers hang.

What the manufacturers never realize is that when the standards keep changing, only rich people can afford to play the game. 90% of the population just spends its money on something else other than consumer electronics. That sounds extreme? No, that's how it is. Now that HD tvs have fallen to a fifth their price in 2005, more people are buying them, but most people still won't bite. How utterly sweet it is that when the manufacturers will not get their governments to police the standards mess, they lose countless billions in profits every year as a result. Knowing that is sweet revenge for the consumers.
jared555 posts on November 04, 2009 00:53
In regards to the no titles/hardware bit of the article in relation to 4K.

Don't at least some/many movie theaters project at 2K/4K (although the interface is of course different) so are the titles actually that resolution or are they upscaling the film?

Wasn't nvidia promoting a technology using computer monitors at this resolution? (Even if they haven't reached manufacturing, it is better to have a ‘cheap’ cable available and no screens than a very expensive screen and no cables to hook it up with)

Edit:
And in response to audiophile1882 it would actually be pretty cool if they could find a way to dynamically adjust the resolution/frame rate being sent to the screen so that slower paced scenes where you want a lot of detail you can have the higher resolution and with high action scenes you could drop the resolution a bit so you don't have a blur effect.

The major issue I could see with this are 1) Transitioning between resolutions without either poor internal filters to get it to native resolution or 2) Jumping between 2k and 4k without sudden changes in the picture. The second option could be taken care of by an instant resolution change in the scene change or even between camera angles.

I think you are confused, an audio channel and all of the new functions of v1.4 are largely a chipset upgrade! There is only going to be a very small change to the HDMI cable between 1.3 and 1.4. Two previously untwisted wires are now going to be twisted allowing for a transmission of an Ethernet signal (HEC) over a measurable distance. So, pretty much all of the 1.4 features, even the audio return channel, are going to be supported by v1.3 cat2 cables and there will be no firmware update for your previous version HDMI products. If you want to utilize HEC with your devices, you will need to buy a new one…

At least you can keep your same cable, that is unless you cant be bothered to run a cat5e or cat6 cable to your devices….
Biggiesized posts on September 25, 2009 01:44

dgreenstein55, post: 618603
Biggie - The point of stating that 4K resolution will take 4 times the amount of data space is that using the current standards of encoding/compression MPEG4, it would take 4 times the bandwidth to display 4 times the picture!

Are you saying that this cannot be done or that it requires a bit rate of 160 Mb/s (since 2160p is four times the frame size)?

If you're game, download the Crowd Run source files from Xiph: