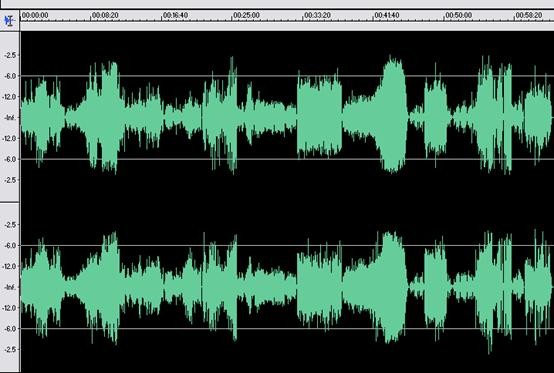 After doing the four articles on comparisons of various formats and recordings based on measurements derived using my soundcard, I did not think there was any need to do another, but my friend Dan Banquer alerted me to one of his favourite recordings, which was originally released on CD but subsequently remastered by Mobile Fidelity and released as a Hybrid SACD.

Dan was so keen on me doing the comparisons between the CD and SACD versions that he sent me a CD-R copy of the original CD release, plus the Hybrid SACD for me to do my tests!

I started by listening to the CD-R copy of the original CD release (Blue Note/Premonition 737). I think I agree with the majority opinion that this does seem to be an excellent recording, and a worthy example of how good sounding a well-engineered CD can be. The ambience is rather atmospheric and reverberant, but in my opinion not unrealistically rich or 'wet.' It also sounded fairly open and dynamic.

I next played the CD layer of the Mobile Fidelity remastered Hybrid CD (UDSACD 2002). I did not expect to find a huge difference, but I was pleasantly surprised. The overall sound was noticeably improved, with cleaner and more detailed high frequencies, more "sparkle" in the instruments, and believe it or not sounding more dynamic than the CD-R which now sounds a bit dull in comparison.

Lastly, I listened to the SACD Stereo version. Overall, the soundwas very similar to the CD layer, and clearly the SACD and CD layers sounded more similar than the CD layer vs the CD-R of the original release. However, the SACD version seemed slightly softer in the transients than the CD - almost as if the edges have been smoothed off. Whilst I wouldn't call the CD layer "harsh", the softer sound did seem to liquefy the sound a little, but perhaps also reducing some of the "bite" of the music. I also noticed SACD's tendency to emphasise micro-dynamics in the presence region - Patricia's voice sounds more detailed and also more forward - by comparison her voice in both CD versions sound a bit recessed and indistinct.

So, how much of my subjective impressions are supported by measurements?

Comparing digital rips of the CD-R and the CD layer

First of all, I did digital rips of both the CD-R and the CD layer of the hybrid disc using Exact Audio Copy. The "Analyze | Statistics …" function on Cool Edit on the first track ( What A Shame ) clearly show that the two versions are totally different and clearly not based on the same master:

Comparing recordings made using the soundcard

I then recorded the CD-R, plus CD and SACD layers of the hybrid disc played using my Sony SCD-XA777ES player, with the analog outputs captured directly by my Audiotrak Prodigy 7.1 soundcard at 96kHz 24-bits resolution. The gain used was constant for all three recordings, and I took special care to avoid clipping by ensuring the highest digital sample was around -3dBFS.

Here is how the waveform for the CD-R recording looks like: CD-R captured using the soundcard at 96/24

As you can see, the recording does not exhibit any significant signs of dynamic compression. In comparison, the CD layer is clearly louder and relatively more dynamic, resulting in higher peaks (although these are difficult to spot on the graph):

Finally, the SACD layer is louder still plus higher relative dynamics. Note in particular the peaks on Track 11 ( Nardis ) are much higher than on the CD layer, even taking into account that the SACD layer is slightly louder.