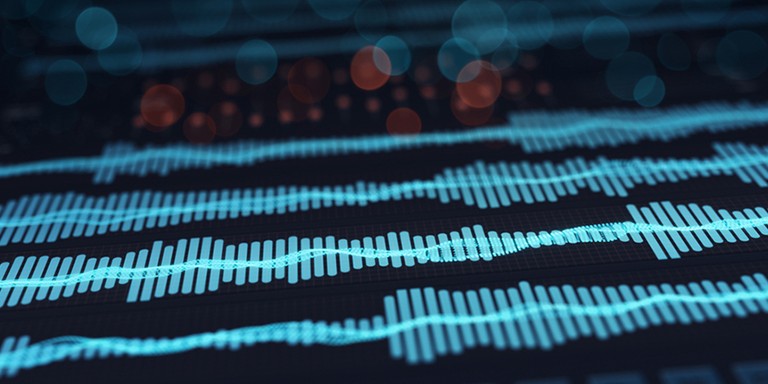 If you stream music (and who doesn't these days) you've obviously come across abbreviations at the end of the audio files. The acronyms reading WAV, FLAC, MP3 and so on, are called audio codecs. You may have wondered what they mean and even Googled them only to be overwhelmed by complex information catering strictly to audiophiles. Therefore, we decided to put together a guide explaining the concepts in layman terms.

In order to start learning about the various kinds of audio codecs and what each of them bring to the table, it is crucial for you to learn about what a codec is. A Codec is a combination of the words coder/decoder. It is a device or computer program which encodes or decodes a data stream or signal. In the case of audio, it compresses the file for transmission and decompresses the received files upon playback. Codecs play a huge role in audio since they affect your listening experience. You could be using a very high-end device for streaming music, but ultimately, your experience will depend on the codec that has been chosen to process the audio file you’re listening to.

The quality of an audio file is dependent primarily on three variables: sample rate, sample depth and bit rate. These variables are used when analog audio is converted into digital audio, and affect the overall audio quality. The higher each of these three variables are, the better your audio is going to sound.

The sampling rate refers to the number of times a sample of an audio file is taken in a second or the number of samples recorded in a single second. It is measured in samples per second or Hertz (Hz/kHz). These samples are taken at equal intervals, and affect the depth of the audio. The more samples there are in a second, the greater detail that audio signal is going to carry. The second most important variable affecting audio resolution is sample depth. Also known as sample size or sample precision, it refers to the quality of a sample. While sample rate is just a quantitative measure of the number of samples in a second, the sample depth represents the quality of each recorded sample.

As with sample rate, sample depth can also be compared to video/image quality by being analogous to 8bit or 16bit images. The bit depth of an image affects how many colors it will be able to represent. A picture that has a higher bit depth will host pixels that are more color-accurate since the pixel will have a larger color palette to be able to show the picture as realistically as possible.

The bit rate is the product of the sample rate and sample depth. Measured in bits per second (bps or kbps), it makes the audio quality sound more ‘crisp’ or focused. Audio files with low bit rate sound poor, but save a significant amount of both storage space and processing power since they’re much smaller in size.

In order to compress an audio file to be significantly smaller in size, certain data is strategically removed from the file. The data removed is almost always frequencies that are not audible by the human ear. Removing this data leads to a considerable amount of information being taken out from the bit stream, resulting in an overall smaller file size.

There are essentially three kinds of compression techniques.

Lossy audio involves a high degree of compression but doesn’t decompress files to their original data amount. A number of sound waves are removed that end up reducing the size of the file. As a result, the files produced are much smaller in file size but the sound quality can also significantly be downgraded in the process. Hence, in professional settings where top-quality sound is required, lossy compression is usually not recommended.

Loss in sound quality is also dependent on the bit rate at which an audio file is recorded. Those recorded at 128kpbs will feature a sound that’s lossier compared to one that’s recorded at 320kbps. Since each bit in the kilo bits per second is a piece of information in the song, the more bits that are lost, the more information the song loses.

Lossless audio is another type of compression technique that decompresses audio files to their original sizes. Hence, there isn’t any loss in sound quality in the process. Since the loss in bits is close to none, there isn’t much loss in file size also. Clearly, this compression technique is ideal for professional environments where the highest-quality sound is required. The third kind is uncompressed audio that has no compression applied to it at all. Hence, the sound in the audio file remains the same as it was when the audio was recorded. You can imagine the file sizes of audio files that are uncompressed. As the name suggests, they don’t incur any loss of bits, hence they are huge in size. A minute of such an audio can take around 10MB of your storage drive. The most common example of lossy audio is MP3. MP3 players became very popular at a certain point in time for their ability to conveniently store thousands of songs.  As a format, MP3 is still the most common storage format. It reduces the size of audio files to around tone-tenth its original size in the process of compression, and is widely preferred because of how little space it takes up. MP3, or Moving Picture Experts Group Layer-3 Audio, is versatile and works on almost all streaming devices. This compression technique definitely saves a lot of space; however, it significantly degrades sound quality. It’s ultimately up to you to decide what you value more.

AAC or Apple's Advanced Audio Coding is another example of a lossy format. It also has its bits taken out much like an MP3, but it usually sounds slightly better since AAC files have a more effective algorithm for determining what listeners will and won't hear. Hence, they’re able to provide more of the original information of a recording than an MP3 of the identical bit-rate and file size would. AAC is primarily used for streaming Apple Music and YouTube. AAC isn’t recommended if you require top-quality sound, but it works great for online streaming and is ideal for mobile phones.

Being a lossless music format, the FLAC (Free Lossless Audio Codec) offers CD-quality sound without taking up the storage space of an actual CD. It is compressed to around half the size of an uncompressed audio, hence freeing up quite a lot of space. The biggest attribute to FLAC is that the compression is done without incurring any loss to the audio quality. FLAC is a non-proprietary, open-source codec great for professionals who require high-quality audio. They are capable of providing a resolution of up to 32-bit, 96kHz, which makes them considerably better than even CD quality! However, they’re around six times larger than lossy audio files and aren’t compatible with every device and software.

Apple Lossless Audio Codec, or ALAC, is another lossless audio codec that, as the name suggest, works primarily with Apple devices. Just like the FLAC, its files are compressed to a much smaller size without affecting its quality. Since these files are obviously larger than lossy audio files, they take longer to download. Moreover, this format is somewhat limited for people who don’t own Apple devices. However, since it doesn’t have tons of bits removed via compression, it sounds great. The third type of lossless audio format is WMA, or Windows Media Audio. Generally, WMA files are more compact than their lossless counterparts. WMA offers considerable versatility; however, it isn’t compatible with Apple devices. It is also not supported by major streaming providers and that limits its utility. The WMA sounds extremely good over Bluetooth though. Functionality-wise, it’s the same as a FLAC. WAV, or Waveform Audio Format, is a great option when you require high-quality sound. It’s an uncompressed audio format, so the files tend to be pretty large. Hence, they’re ideal for shorter sound bites. Since their size is large, they can also be difficult to stream at times, especially if you have limited bandwidth. However, they sound absolutely immaculate. Their sound is crisp and if you’re looking for the original recorded material without any loss in sound quality, then WAV is what you should go for. WAV was developed by Microsoft and IBM, and is hence used on Windows platforms. It is also the standard format all CDs are encoded in.

AIFF, or Audio Interchange File Format, is an audio format created by Apple. It is completely uncompressed, so that makes its files large. Hence, their download times are long and they take up a considerable amount of space. Therefore, the format is less than ideal for portable devices. AIFF is identical to CD-quality audio, and can be played on both Macs and PCs. It is possible to stream in AIFF, but it’s not common to do so. AIFF was developed as an alternative to WAV, and although it’s not as popular, it has better metadata support. This means you can include album artwork, song titles and more.

MQA, or Master Quality Authenticated, is a lossy audio codec that garnered quite a lot of criticism.  MQA claimed to offer the highest available sound quality along with stating that their neuroscience-based, time-focused filter techniques cannot be measured by current methods. The developers of MQA seem to be implying that their process sounds so good that current measurement techniques can’t capture their superiority in sound quality. To my mind, this is cause for skepticism. Even though they discouraged measurement or comparison of their format, critics attempted to measure MQA and noted audible quality degradation which is in contrast to MQA’s claims that ‘nothing is lost from the original.’ They noted that the original file format is not clearly displayed during playback and implies a high-resolution source regardless of the original sample rate.

Which CODEC Is Best For You?

It has to be said that there is conflicting online information on this topic. And that is probably because there is no right answer to this question. It depends on what you prioritize more. A lossless or uncompressed audio file format is the best format for sound quality. These include FLAC, WAV or AIFF. These types of files are considered “hi-res” because they are equal to or better than CD-quality. The tradeoff is that these files will be very large. From a browser compatibility standpoint, .MP3 is the best audio file format for use on the Web. All modern browsers support this format. Other formats that are supported by most browsers include AAC and WAV. At the end of the day, it is a trade-off you’re going to have to make. You have to decide what you value more and in what order:

Now that you’re an "expert" on codecs, you can make the best choice for your needs. For more advanced reading, check out our Bluetooth Audio Codec editorial.