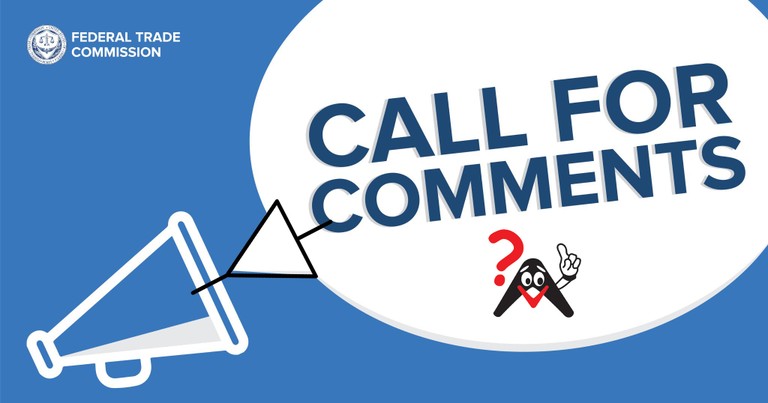 Americans are in danger of losing important consumer protections in audio! This is an important call to action for Audioholics readers. You’re needed to take a stand through easy citizen action online to help maintain or improve on standards used by manufacturers in audio equipment sales. Don’t let false claims overrun audio marketing material.  We need FTC rules for how manufacturers may report amplifier power ratings.

In this article, Audioholics will show YOU how you can tell the FTC that we need to maintain and modernize stringent standards in manufacturer's published power ratings. Learn how YOU can help protect fellow Americans from false claims and dishonest marketing, and help the industry grow through honest reporting. Find out how YOU may even help update the Amplifier Rule to make it more relevant to today's popular multi-channel amps and receivers.

FTC May Kill Amplifier Rule: Help Us Save Audio by Feb 16th 2021

The FTC has recently announced reviewing its current rule, formally known as: “FTC Trade Regulation Rule Relating to Power Output Claims for Amplifiers Utilized in Home Entertainment Products”, or simply as the “Amplifier Rule”. The FTC reviews its rules every ten years, and it’s that time again for the Amplifier Rule. This is when the consumer protection agency opens the rule up to comment from concerned citizens. Ideally we would like to see the Amplifier Rule not only maintained but actively enforced and possibly improved upon for the modern age.

Simply visit the link below and click the Comment Now button on the upper right-hand corner and tell the FTC you want to maintain an up-to-date Amplifier Rule to protect consumers from false claims in amplifier power ratings. If you would like to suggest an updated rule for newer multi-channel amplifiers, please continue to the bottom of this article for Audioholics multi-channel proposal to the FTC. Amplify our voice for consumer protection by February 16th, 2021 or the FTC Amplifier Rule may be gone forever!

In 1974 the first consumer amplifier rating system was developed by the FTC to protect consumers from false claims in what had become a wave of new audio products hitting the market. The Amplifier Rule armed consumers with a universal rating system measured in “continuous" watts per channel rather than the much shorter and less meaningful "peak" or other instantaneous measurements that were in wide use at the time. The Rule also required manufacturers to measure maximum power output with both stereo channels operating simultaneously into 8 Ohms over a stated frequency range (not just at 1 kHz), and to disclose maximum Total Harmonic Distortion ("THD")  at  the rated power!   The Rule was designed to let anyone easily compare differences in amplifier power, and allow them to better match amplifier power with speaker’s requirements with some semblance of confidence that they were getting what they paid for.

Although some might not agree with all of its provisions,  I think we can all agree that it was a step in the right direction toward consumer protection given the pre-1974 wild west of dubious and fantastic claims made about the power of amps and receivers. A standard measurement was needed then, and the need continues today.

Manufacturers are always incentivized to rate their systems with ever higher watt-per-channel ratings seemingly to project better value and performance to their customers. All things considered, “100-watts-per-channel” is an arbitrary target that has become a gold standard mainstream consumer amplifier power. The FTC’s goal with amplifier ratings was, as it remains, a way of ensuring we the consumer are getting what we believe we’re paying for. After the new rating system requirement was placed on new products in 1974, the very first “100 watt-per-channel” receivers began hitting the market. A “watts-per-channel” war of escalation ensued between popular manufacturers of the day like Pioneer, Marantz and Kenwood in what would go on to be remembered as the golden age in hi-fi and audio.

Most Audioholics readers know all too well that less scrupulous manufacturers are currently  publishing ratngs (ie. 100-WPC), that only hold under less rigorous and often unrealistic conditions.   Sources like Audioholics.com do their  best to help educate consumers, but not everyone is willing or able to do the research. Thus, it’s our opinion at Audioholics that some form of universal amplifier rating is best for the average consumer, and the best thing for our beloved hobby.

When the rule took effect in 1974, there were virtually no amplifiers with more than two channels, and the rule was designed primarily to govern stereo amplifier power ratings. Although the FTC has updated the Rule in certain areas, it chose not to expand the Rule to include a new testing procedure for rating the increasingly popular multichannel home theater receivers and amplifiers, which may provide seven or more discrete channels of power to several speakers using new surround formats like Dolby Atmos or DTS:X.  However, the Commission has stated that the most prominent power rating for these amplifiers must be the FTC rating for stereo operation.  Manufacturers can make additional claims for multichannel operation, but the consumer must be able to see how much continuous power an amplifier can produce with two channels operating simultaneously.  The Commission has never enforced this requirement, or any part of the Rule for that matter.  Many manufacturers have taken advantage of this vacuum by publishing a confusing array of unrealistic power claims. Some go so far as to slap a sticker on the front panel with an inflated power figure that's based on only one-channel driven at 6-ohms and 10% THD. For this problem, Audioholics has suggested a relatively simple, real world multi-channel rating system to give consumers a better idea of the power output when more than two available channels are driven simultaneously.

Is the Solution All Channels Driven?

The average consumer may be tempted to look for the two-channel rating system to simply apply to all channels, resulting in an ACD (All Channels Driven) power rating. While this is understandable, it’s unlikely you’ll ever need to drive all channels at full range simultaneously in real world conditions. Rear channels in a surround format generally only receive a fraction of the information or range of the critical front and center channels. As Audioholic’s founder Gene DellaSala has pointed out:

“It's particularly impractical to rate ACD, especially in products with more than 7 channels of internal amplification because they will often exceed the available power from your wall outlet even if they were capable of delivering it.” In the interest of a fair multi-channel amplifier rating system, Audioholics suggests a rating system that emphasizes the critical front and center three channels or LCR, as explained by Gene.

“In addition to a 2CH driven, full bandwidth rating, we'd like to take the power spec one step further by proposing an additional power rating as follows for AV receivers:

Alternatively, the manufacturer could provide a guarantee that their product can produce 70% of their 2CH driven figure with up to five channels driven. This is currently what Sound United specs for their Denon and Marantz AV receiver products.

Having this data will prove that the AVR has enough juice in its internal power supply to handle a real load condition while maintaining at least 70% power rating across the 3 front LCR channels.”

Audioholics calls upon all US citizens to unite around a fair FTC rating to protect consumers into the 21st century. We not only want to keep the “Amplifier Rule” and encourage greater FTC enforcement, but also improve the rating for what has become one of the most popular audio products for today’s home theater consumer, the multi-channel power amplifier. Visit the FTC’s "Trade Regulation Rule..." page (linked again below) then access public comments page (shown above) by clicking "Comment Now!" button in the upper-right of the page. Feel free copy and paste the following comment and let regulators know that consumers would benefit from the following refinement in the amplifier rule.

“I wish the FTC to save and enforce the Amplifier Rule but also amend the rule for today’s multi-channel amplifier products with the following measurement:

Power rating systems are only the beginning! We’re confident some manufacturers and retailers will still find ways to deceive consumers, even with a mandatory “amplifier rule”. As a consumer, knowledge is power when it comes to false claims in power ratings. But, that’s one of the many reasons you read Audioholics!

Thanks for participating in the FTC public comment and helping to grow our hobby. Please let us also know your thoughts in the related forum thread below.

M Code, post: 1463087, member: 43612
Here U go, the tunnel is extruded and U can see the staggered finger heat sinks for each output device… The top cover is a filtered air intake, mounted on the rear is a temperature sensitive, servo-controlled fan, air is drawn through the top cover through the tunnel and the the hot air is exhausted out the back. The staggered finger heat sinks create small eddys of air circulation around each output device as the air is drawn through the tunnel….
44962

mtrycrafts, post: 1462991, member: 5380
Where are those exquisite heat sinks that was mentioned? I am thinking a good sized heat sinks.

How much can you carry? If you ask very nicely you may even be allowed to use your own fork lifter, and for gold star begging you might even bring a Power Lifter:

Where are those exquisite heat sinks that was mentioned? I am thinking a good sized heat sinks.
mtrycrafts posts on February 22, 2021 13:42

If you have the room, perhaps one of those airline luggage scales might work in place?
Post Reply