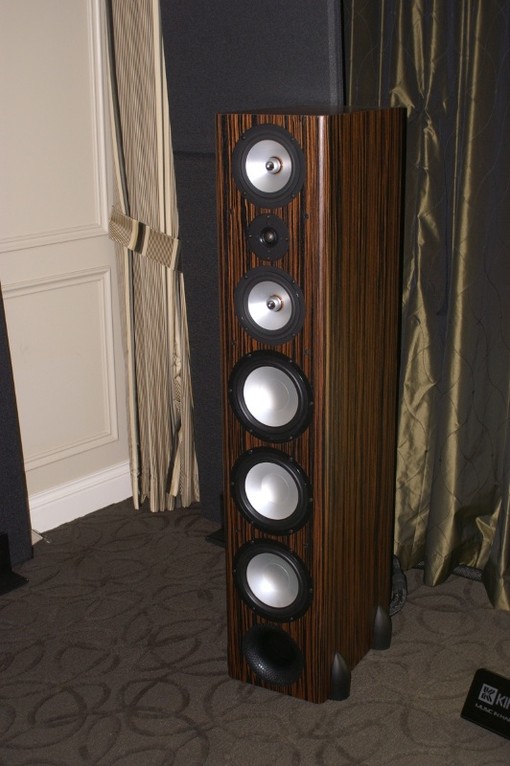 The 8300-SE and 8300-SE/R is 55-3/8” high, 10-7/8” wide (13-1/2” with feet), and 17” deep. The cabinet is constructed of.75-inch MDF and is internally-braced to eliminate standing waves and cabinet resonance. An acoustic suspension design, the 8300-SE and SE/R features a highly efficient, dimpled front-firing flared port which works in conjunction with the three 8-inch woofers to allow the frequency response to extend down to a bone-rattling 22Hz! True to the RBH Sound Signature Series tradition, the cabinets are custom-finished in one of RBH Sound’s 30 uniquely different custom woodgrain veneers. To appease audio purists, the 8300-SE and SE/R features two pair of high quality five-way binding posts, allowing for bi-wiring and/or bi-amplification.

Read the Complete Thread
mike c posts on January 12, 2009 21:49
i went to their room, i seem to remember dual 10's on this one speaker
jagercola posts on January 12, 2009 21:22
I met the RBH folks at CES. They are nice in person (which counts a lot compared to some of the people there), and knowledgeable as well. I think they are one of the speaker companies that can weather the economic downturn compared to others I saw. I did get to see these speakers in question, and they look darn impressive. Can't wait to see how they sound!
Post Reply