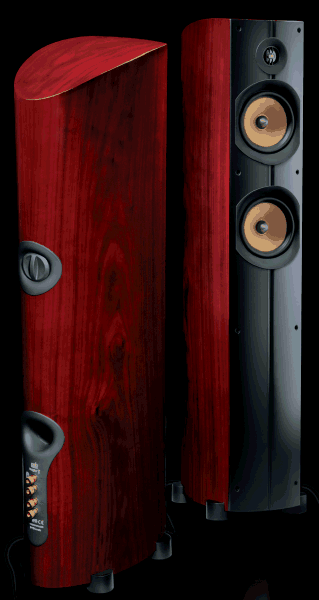 The PSB Imagine Ts floorstanding loudspeaker system is an outstanding product that gives excellent value & performance for the dollar. The Ts are a 3-driver, dual ported, 2.5-way system featuring a pair of 5 ¼” woofers and a single, 1” ferrofluid-damped titanium dome tweeter. They have refreshingly attractive aesthetics and a small footprint for those tight on space. Sonically, they offer neutral, clean, low-distortion sound, thriving on dynamic source material. All of this adds up to top-notch performance commensurate at this price class. Toss in the fact that the PSB Imagine Ts come from a company that sports a well-earned reputation for top value for dollar and you have a winner on your hands! Highly recommended.
Next Page ⇨

3db, post: 776213
I realize that I'm the biggest fanboy of PSB on this forum but its not without reason. When I purchased my PSBs, I compared them to Axiom. Paradigm Monitor Line and Polk audio and I really liked PSB's performance for the price over the others.

I have owned Paradigm and Polk - I prefer the PSB. They were more
balanced and clean sounding to me.
jostenmeat posts on December 25, 2010 15:32

Well, after reading the glowing thoughts Matt had for PSB as a company, I think I have to give up him the #3 spot.

3db, post: 776213
I realize that I'm the biggest fanboy of PSB on this forum but its not without reason.

Swerd, post: 776283
. Besides, even though I know Dennis Murphy, I wouldn't ask him for the ST's crossover schematic.

Adding something like clay-ceramic or mica particles to polypropylene cones has been around nearly as long as poly cones. It is a way to make the poly cone stiffer.

jostenmeat, post: 776194
Oh yeah, something I was thinking about. When I see you, or someone like Swerd, who has been following DIY designs, with experience building them, and yet still decides to buy pre-built speakers . . . I second guess myself in my thoughts to go DIY . . .

Before I bought SongTowers, I thought I was a confirmed do-it-yourselfer. All I had previously made was smaller cabinets. And I wondered how well building a tall cabinet without a table saw would work. Also I was certain that Salk could do a better job with veneer and finish work than I could.

I wasn't seriously looking to buy new speakers, but after I heard the prototypes, I was hooked. Also remember that early on in 2007, the ST cost $1500 a pair. So the decision to buy instead of build was primarily based on cost and quality of veneer and finish. Besides, even though I know Dennis Murphy, I wouldn't ask him for the ST's crossover schematic.

Matt34, post: 776204
…Taking someone else's design and building it doesn't really mean you're knowledgeable, just means you can follow directions.

Matt has it right. I follow directions well. I understand other people's designs, talk a lot about them (I'd like to think that I'm not full of hot air), but I don't create my own designs. I long ago decided that buying a table saw and all the audio design software/gear and investing the time to learn how to use all that properly, was more than I wanted to do.
Post Reply