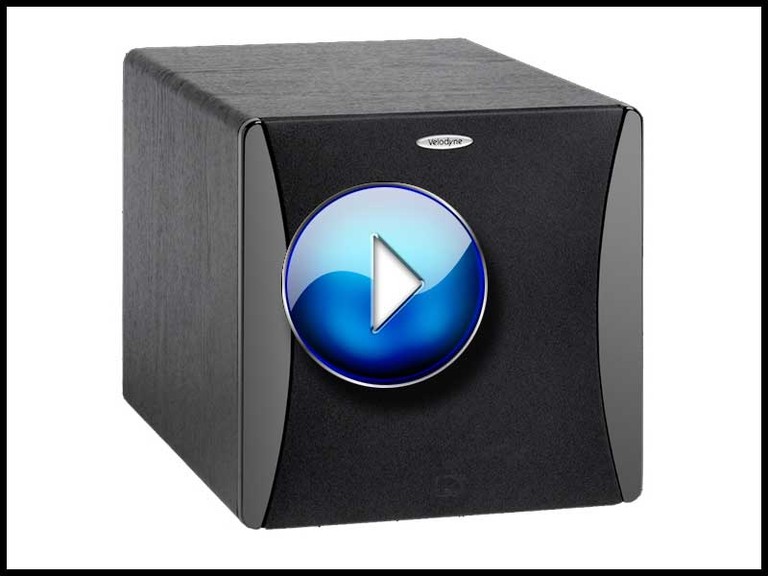 Velodyne has got to be one of the most recognizable names in subwoofers, and for a long time they priced themselves for discerning consumers who took their bass seriously. Well apparently anyone can now bring low frequency slam into their living room because Velodyne has dropped the cost of entry once more with the new Impact-10 subwoofer. The Impact-10 has a front-firing 10-inch long throw woofer powered by a 150-watt Class-D amplifier. It is priced at just $299 and has a frequency response that goes all the way down to around 32Hz. That's pretty low, and very respectable for a subwoofer that costs about the same as an iPod.

All of this is housed in a stylish, CAD-designed cabinet with rounded corners and a beveled, removable front grill. The 10" woofer's output is enhanced by a precisely engineered down-firing port that yields additional bass extension, output and impact. The cabinet is also built like a brick, and our knock test (knock) tells us that its not going to flex and negatively affect the sound.

You can connect the subwoofer to your A/V receiver in two different ways. First, if you have a dedicated RCA subwoofer output, you can plug this directly into the sub and use the crossover on your receiver to determine the amount of low frequency it should get.  Or, if you are using an older amp you can connect the stereo left and right speaker outputs to the Impact-10 and then use the sub's speaker level outputs to feed your satellite or bookshelf speakers. Normally this allows the subwoofer to also strip off the lower frequencies before sending the signal onward to your speakers, but in the case of the Velodyne Impact-10 these outputs are full-range. The Impact-10 does, however, include a variable low-pass crossover that goes from 50-200Hz and which allows you to tweak it to provide just the right amount of bass for your speakers.

In terms of build quality, the Impact-10 benefits from the same proven design and manufacturing philosophy Velodyne uses in the engineering and manufacturing of their higher-end "High Gain Servo" subwoofers. That is to say, they engineer a complete product, matching the driver to the cabinet and even going so far as to include the amplifier in the design stages.

The Impact-10 comes housed in a high-tech black ash wood finish with gloss black trim. If you can only spend $300 on a subwoofer - we highly recommend this one.

I've got an older lowly Velodyne CHT-12 that's still providing flawless service after six or seven years of more or less daily use.

My very 1st subwoofer was a Velodyne CT-12. The CT line was the model CHT line replaced. Great products! Sadly, at the price points of the CT & CHT series, Velodyne doesn't build them like this anymore: A $600 subwoofer that went down to a real 24hz with real world power and sustain! A truly fantastic product that helped build Velodyne a great reputation. Things have changed since then.

My old CT-12 still works like the day I got it. I sold it to a client who wanted some demo equipment on a discount and everytime I have stopped by to add something to his home I go down there and check on my baby. It still rocks!
haraldo posts on December 16, 2010 08:56
There's also an Impact-12, slightly more expensive and significantly larger in physical size, probably even better value for money
Clint DeBoer posts on December 03, 2010 00:44