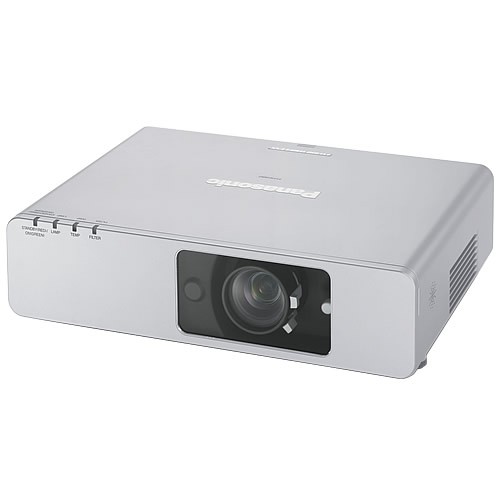 Houses of worship are faced with many challenges when considering projectors. Ambient light conditions, placement, input requirements, and resolution are just some of the things that grace the top of the list. It was with surprise that I began a journey with the PT-F100U, discovering that many of the features I associated with and loved about home theater projectors were present on this commercially-targeted product. As multimedia needs advance in both the corporate and house of worship venues, technology seems to be ready to oblige our needs in the form of products willing to cross over and provide features previously thought to be distinct.
Next Page ⇨

Read the Complete Thread
Jim Robbins posts on November 08, 2007 16:33
My office just recently purchased the Network version of this same projector. I was really quite surprised at how well it works. The menu system resembles that of my Panasonic AX-100U and it can scale down from high res computer screens pretty good. My boss often likes to leave his screen at 1280x1024 while forcing us to try and read his code on the native 1024x768 screen. On the old BenQ projectors we had, this was just awful! But on the new panasonic unit, it worked really well! Also, the networking stuff seemed to work pretty cool, too. You could have an index page showing 12 screens of computers connected to it, then select any of them for full screen, or even do a 4 screen version with equal divisions. The networking worked well with both ethernet and it had built in wireless, as well. In any case, a very impressive projector for the office, as well as the church. Later all!
Post Reply