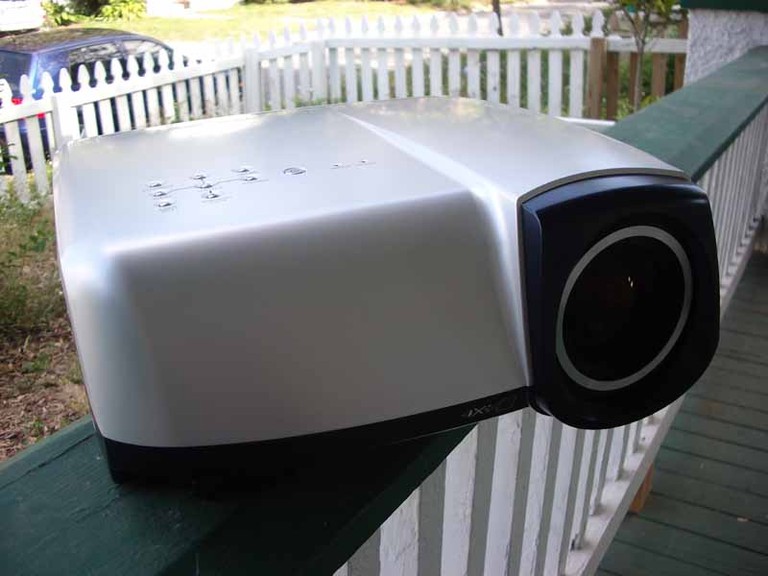 In a sea of new 1080p projectors being released this year, Mitsubishi has a distinctive product that sets it apart as a leader. The C2Fine technology renders an incredible picture and does indeed produce some excellent black levels. If you're shopping for a 1080p model you owe it to yourself to check it out.
Next Page ⇨

Are you sure that the projector that you reviewed has HDMI 1.3? Yours is the only review to make such a claim. If so, it sounds like a production upgrade that potential buyers should inquire of prior to making a purchase,
hdfansv posts on June 28, 2007 14:13
Hi Clint,
Just a few nitpicking in your review so that it does not confuse your readers.
“Whether it was pin-striped shirts, or city skylines that would make any jaggie-reduction scream in terror, Batman Begins is a movie that you can test nearly all aspects of a projector's video processing system with.”
This sentence is incorrect. The Jaggie-reduction algorithms are not activated when the deinterlacer is in film mode. Edge adaptive interpolation switches on for video deinterlacing NEVER for film mode. The reason for that is you have all the pixels from the complete frame and there is no need for anti-aliasing filter.

Also
“We also confirmed results with 1080i upconversion.”
The film mode tests are not valid when you upsample from 480i –> 1080i. In that case you are evaluating the film mode handling of the upsampling DVD player.
Clint DeBoer posts on June 27, 2007 20:14
My guess is it was the transmitter (remote). It certainly improved with new batteries but was never stellar like some other remotes I've used.

I've packed up the unit, so I missed my window to troubleshoot it further.
djoxygen posts on June 27, 2007 17:27
Question about the remote

Do you know if the poor IR reception was the fault of the transmitter or the receiver? If it was the transmitter's fault, wouldn't the issue disappear for those who use universal remotes?
Post Reply