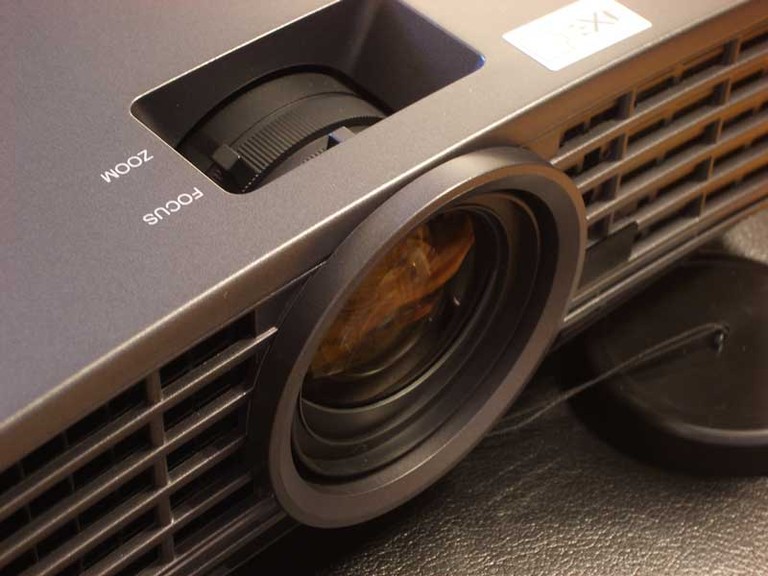 We absolutely jumped at the chance to get a very close look at the new Mitsubishi HC1500 DLP projector since we missed the boat on checking out the HD1000U which preceded it. The attraction is a clean system that handles up to 720p for less than $1000. This projector is worth a serious look.
Next Page ⇨

I recently purchased this projector and am very happy with the picture through the HDMI connection. However, anytime I run a 480p,720p, or 1080i source through the component cables I get an incredibly unclear image. Did you experience this same problem? And can you help? Thanks

Stephan
Clint DeBoer posts on September 10, 2007 09:27
I think Mitsu's LCD projectors look WAY better overall. But I'm susceptible to their DLP's rainbows. LCD is getting much better in terms of black levels.
TVJon posts on September 08, 2007 12:49
Well, Mitsubishi did announce some new 1080p projectors - unfortunately, LCD and not DLP. And no sign of the company budging on bringing the HC3100 to the U.S. I don't understand. Maybe I'll have to switch to LCD. Several new ones announced under 3k. The new Panny sounds especially nice.

TVJon
TVJon posts on September 06, 2007 23:19
Nice review. As a frustrated “why won't Mitsubishi sell the HC3100 in the US” potential buyer, this one has a lot to like for its price/performance.

I'm hoping and wondering if Mitsubishi will release something at CEDIA that makes me happy I haven't bought my new PJ yet… a DLP at 1080p and a realistic price point.