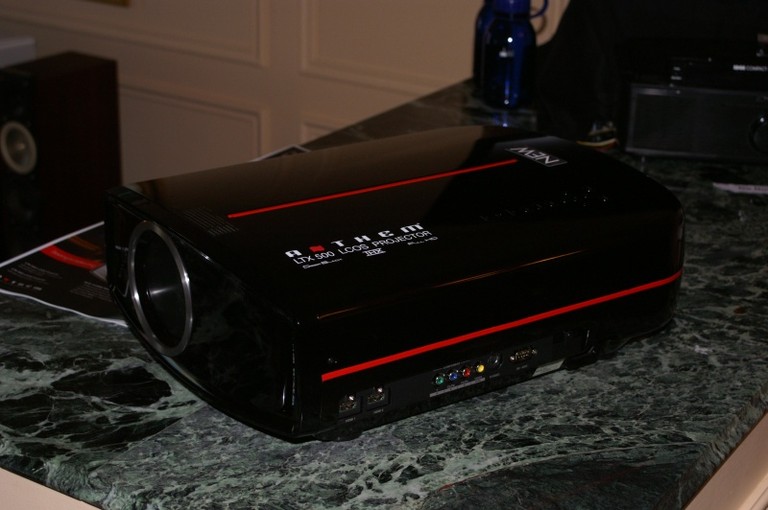 Brand new for 2009 is the Anthem LCOS Projector model LTX 500 (also on hand was the lower priced 300 model - both just re-branded JVC projectors). The projector is full HD, THX ready and includes 2 HDMI inputs, as well as RGB rca inputs, an S-Video out and an RS-232 serial port for communications. Features a 50,000 to 1 contrast ratio. The MSRP is $7499. The 300 retails fro ~$5500. The Anthem LTX 500 projector had an absolutely stunning picture quality. In a word, fantastic! But of course, so is the JVC it is based on. This is now the 6th or 7th company (at least) who has taken the JVS LCoS line-up and run with it. I guess when you see a good thing...

Read the Complete Thread
funlvr1965 posts on February 17, 2009 08:15
Anthem makes great products and have excellent support, I have their D2 audio processor but this is definately a new direction for them and I wish them well
FreddyC posts on January 16, 2009 20:00
I thought that I read somewhere that Anthem was going to be creating a high-end HTiB, with a JVC projector (or maybe an Anthem projector), and one of their pre-amps. I guess it makes sense in this case to just go ahead and rebadge it. But that red stripping … why couldn't they keep it simple like Pioneer did?
hodedofome posts on January 16, 2009 10:28
I believe the JVC projectors are going to have a lower MSRP than what they've announced previously. So it could be $7500 or less by the time it comes out.
Sherardp posts on January 16, 2009 09:31
I'll take the JVC any day, not a fan of that red stripe either. JVC projectors are second to none for the price you pay.
strube posts on January 16, 2009 01:24
You mean you wouldn't pay extra $$$ for it to say “Anthem” on it ?

All joking aside, it seems to me (unless I am mistaken, which I usually am :rolleyes that the LTX 500 is the JVC DLA-HD750, which actually has a higher MSRP at $8000 than the Anthem at $7500. If this is true it surprises the hell out of me .

I think Runco was actually planning on going for a rebrand of this with an MSRP of $14995 :
http://www.amazon.com/Senario-22208-Torpedo-Dark-Projector/dp/B000EULXNY
Post Reply