Wednesday, May 12, 2005 marked the day the details of the Xbox 360 were announced in a carefully promoted MTV 1/2 hour special hosted by Elijah Wood - possibly the world's most popular hobbit-gamer. While the 2005 release date for the Xbox 360 is set for around Christmas, everyone can whe their lips and gaze upon the specifications for the new game console.

Aside from the next generation HD-enabled game console, Microsoft is positioning the Xbox 360 to be a progressive scan DVD player, FM/Internet radio, HTPC with music/DVR/photo support, videoconference/chat system, and file sharing tool. This appears to be everything that Microsoft has been shooting for in terms of getting the PC into the living room.

Key Highlights of the System Include

Faces
Unlike any console before, Xbox 360 puts gamers at the center and gives you the freedom to personalize your gaming experience however you see fit. Xbox 360 Faces make it easy and fun to change the face of your console. Users can change Faces whenever to match their personality, mood, or wild side. Here's how it works: 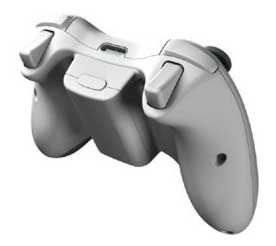 Xbox 360 Universal Media Remote
The Xbox 360 Universal Media Remote was engineered to serve as your integrated control center for the entire Xbox 360 experience. Enter a new world of digital entertainment with the touch of a single button. Play DVD movies and music, plus control your TV and your Media Center PC with one controller. The centralized, glowing Xbox Guide Button gives you quick access to your digital movies, music, and games library, and backlit buttons make the keypad easy to see in a darkened home theater. So kick back, relax, and enjoy the ride.

Xbox Live Camera
The Xbox Live Camera for Xbox 360 opens up a new world of gaming and entertainment on Xbox Live , the world's premier online video games service. With the Xbox Live Camera, video chat and video messaging with your friends becomes more than just a feature set; it is an integrated part of the Xbox Live experience. Connect and communicate while playing the same or different games, watching movies, listening to music, and more.

The Xbox Live Camera also takes personalization to a whole new level and allows you to customize your gaming experience by putting your face on characters in your games, all while being able to video chat with your friends as you play online. And with next-generation online motion-detection-enabled games, the Xbox Live Camera puts you entirely in the game and in control of the on-screen characters over Xbox Live .

Xbox 360 Headset
The Xbox 360 Headset heightens the experience of the unprecedented online gaming community, Xbox Live , allowing you to strategize with teammates, trash-talk opponents or just chat with friends while playing your favorite games. You can record and leave short voice messages for friends or family through the free Xbox Live Message Service or connect with buddies online using the headset in place of the phone. Turn it up or turn it down, and experience the most intense gaming experience possible.

Xbox 360 Wireless Network Adapter
Designed for versatility and ease, the Xbox 360 Wireless Network Adapter enhances your Xbox 360 experience in the digital home, seamlessly synchronizing with the Xbox 360 system. You can easily transfer videos and music to your Xbox 360 system from your Media Center PC, chat with your friends, play games via Xbox Live , and more-all without the clutter of wires.

Xbox 360 Wireless Controller
High-performance wireless gaming is here! Using optimized technology, the Xbox 360 Wireless Controller lets you enjoy a 30-foot range and up to 40 hours of life on two AA batteries-and when they run low, you're given ample warning so you can connect a Play & Charge cable for uninterrupted play. Plug the Xbox 360 Headset into the controller for full duplex voice communication: a wireless first. With quick access to Xbox 360 features including DVDs, music, pictures, and more, along with the ability to support four wireless controllers simultaneously, gamers can experience wireless freedom, precision, high quality, and performance for endless gameplay.

Xbox 360 Controller
Based on the acclaimed design of the Xbox Controller S, the Xbox 360 Controller features an extended nine-foot cable and an improved ergonomic design. The centralized, glowing Xbox Guide Button grants you quick access to your digital movie, music, and games libraries. The ultimate in gamer flexibility, precision, control, quality, and comfort are all yours.

This console looks incredible and the specs are insanely cool. Beating Playstation to market isn't a bad idea either, though Sony has some pretty incredible processing concepts up its sleeve. We can't wait to get our hands on one and are looking forward to putting the Xbox 360 through its paces.

Discuss This Article in the Forums