Xbox 360 to Take on a New Form, Natal Becomes Kinect 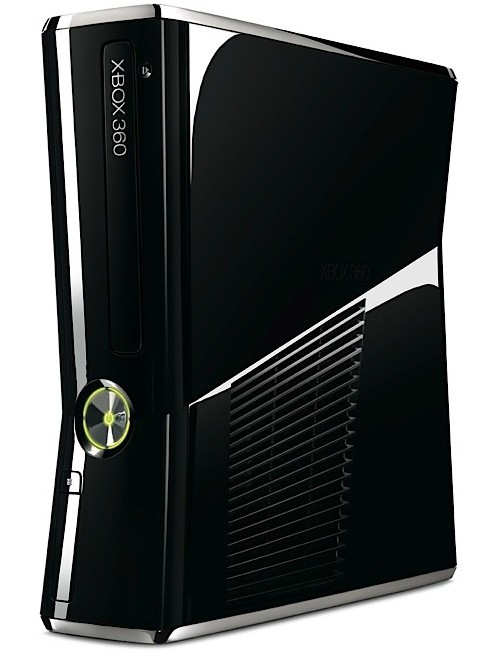 Microsoft has put an end to some speculation of a spruced up Xbox 360 that would keep up with similar efforts by the other console makers during their announcements at E3.  After the Wii went black, something the Xbox has already done, Microsoft seems to have followed after Sony with what one could call a new slim version of the Xbox 360 console, and although smaller, it really takes on more of a stealth fighter look with some angular geometric tweaks and a new gloss black finish.  More importantly, the changes are not merely cosmetic attempts to invigorate sales, but include some significant feature upgrades like a built in connection for the upcoming Kinect, formerly known as project Natal.  And many of these upgrades eliminate some of the more egregious accessory money grabs of the earlier console, but perhaps adds some new ones as well.

Storage on the revised Xbox 360 is now standard at 250 GB, provided by a swappable internal hard drive that is accessible from a panel on the bottom of the device.  Gone is the goofy hard drive enclosure, created simply to give an impression of incompatibility for the otherwise standard, off the shelf SATA connected hard drive with custom firmware housed inside.  Also gone are the memory unit ports for the overpriced/undersized flash memory Microsoft pushed on users for many years.  Neither of these will be missed, but for those who already have these parts, they will not be compatible with the revised 360.  However, in true Microsoft fashion, despite the new hard drive being free of the housing, it is still not interchangeable with other off the shelf computer drives or an original 360 hard drive released from its prison through a combination of hardware identification and custom firmware.  We will just have to wait and see if Microsoft continues to charge 2-3 times more than market value for equivalent storage capacity with future hard drive upgrades.

Other significant improvements to the revised Xbox include built in Wi-Fi N in addition to the Ethernet port, thus eliminating the need to spend another $100 bucks on a Microsoft USB Wi-Fi adapter or to spend money on one of the various alternatives such as a Wi-Fi bridge to get around the Microsoft imposed limitation.  A Kinect-ready connection port has been added to the back of the 360, which will presumably eliminate the need for whatever sort of adapter Microsoft will inflict on the rest of us.  Apparently Microsoft couldn’t just make it a standard USB connection, but we will just have to see if they attempt to charge extra for it.  The single rear USB port has been increased to three for a total of five ports front and back.  The HDMI and A/V ports remain on the back of the 360, but a dedicated TOSLINK port has been added.  This will eliminate the need for the large A/V dongle when not running digital audio through HDMI, although it is still necessary for any analog A/V out.  Images of the back of the unit also show a simple two lead power connection, so it would seem that the power supply has been moved inside the chassis, thereby eliminating the external brick and the 6 wire feed to the unit that likely carried computer standard 3.3V, 5V, and 12V DC power and returns.

According to Microsoft, the cooling has been modified to improve noise levels generated by the 360.  The two small rear fans have been replaced with a single larger fan that vents out the top of the unit, when laid flat, which Microsoft claims will reduce noise output.  The console will also make use of the smaller 45 nm CPU/GPU chips that produce less heat than the original 90 nm chips.  What is not clear from the information that Microsoft has presented is if the underlying cause of the infamous RROD has been eliminated, namely the fatigue prone solder joints in the Ball Grid Array connections used for the CPU/GPU and the lack of proper physical restraint of the mother board at the chips to control fatigue-inducing thermal expansion and contraction generated by the chips heating and cooling.  Hopefully a billion dollar repair loss has righted that ship, but only time, and an independent teardown, will tell.

Word is that the new console has been shipped to retailers starting today, so they may show up on shelves later this week for $299.  The older consoles will no longer be manufactured, but will be sold while stock lasts with some speculating a $50 discount, pricing the remaining Elites at $249 and the Arcades $149.

Read the Complete Thread
GlocksRock posts on June 14, 2010 22:57
I wish they upgraded the ethernet port to gigabit… but wireless N is a nice touch.
Post Reply