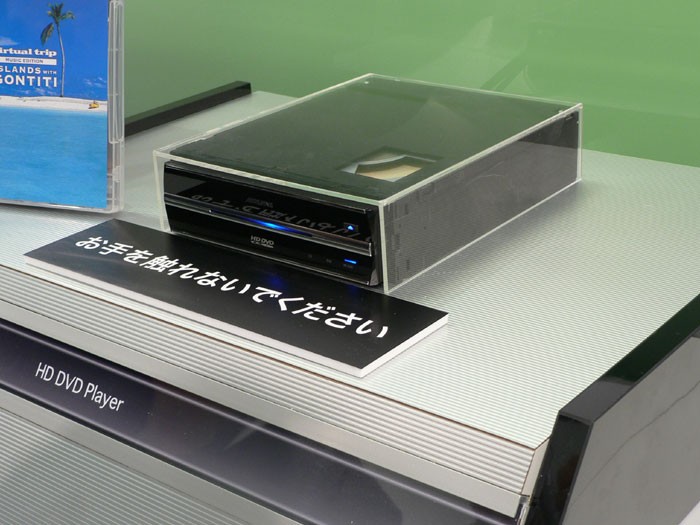 Toshiba introduced a new HD DVD player geared for automotive industries at this year's Automotive Engineering Exposition 2007". The unit is being developed in conjunction with Alpine Electronics and is scheduled for a 2008 release. The show demo consisted of a real streamed video from the player to the connected LCD screen.

Speaking of the LCD screen, it was also a new development. This prototype by Toshiba Matsushita Display Co., Ltd (say that ten times fast...) featured a unique touchscreen technology that functioned in 2 modes - one for day and one for night. Day mode utilizes an optical sensor to measures the shadow from a finger and the nighttime mode works in conjunction with the backlight to grab the information it requires. It's a bit overly complex, as the day mode and night modes each utilize their own software to perform their duties and the unit has to sense when to switch modes. The advantage (and seemingly the reason for going down this path) is that this methodology removes the typical film coating common on touchscreen - enabling better contrast ratio and less components.

A future iteration (hopefully prior to actual release) may involve the utilization of IR technology which would function with the backlight to eliminate the need for dual touch-recognition modes for day and nighttime use.