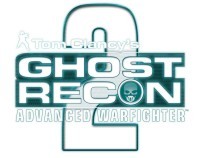 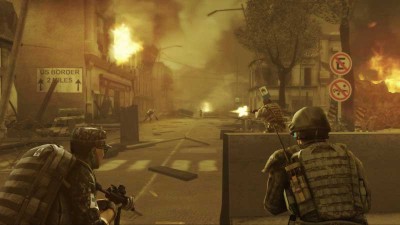 "Tom Clancy's Ghost Recon Advanced Warfighter set the standard for what we know as the next-generation gaming experience," said Laurent Detoc, president of Ubisoft North America. "With Tom Clancy's Ghost Recon Advanced Warfighter 2, Ubisoft is taking all the successful elements in the original to an unparalleled level of quality - the sophisticated technology, weaponry, graphics, story and online gameplay will heighten the intensity and bring gamers an even more amazing experience."

Tom Clancy's Ghost Recon Advanced Warfighter received critical acclaim and quickly became one of the best-selling games on Xbox 360 and one of the most played games on the Xbox Live online gaming service. Recently, the prestigious British Academy of Film and Television Arts (BAFTA) awarded Tom Clancy's Ghost Recon Advanced Warfighter with "Best Game of the Year" and "Technical Achievement" honors.

Tom Clancy's Ghost Recon Advanced Warfighter 2 builds off of the events in the first game and places gamers in control of the U.S. military's elite fighting unit, the Ghosts. In the year 2014, the rising conflict between Mexican loyalists and insurgent rebel forces has thrown Mexico into full-scale civil war. Under the command of Captain Scott Mitchell, the Ghosts are called upon to face an imminent threat to the United States. The fate of two countries now lies in the hands of the Ghosts as they fend off an attack on U.S. soil. Equipped with the most cutting-edge weaponry and technology, the Ghosts must battle on both sides of the border to neutralize the escalating rebel threat.

About Ubisoft
Ubisoft is a leading producer, publisher and distributor of interactive entertainment products worldwide and has grown considerably through its strong and diversified lineup of products and partnerships. Ubisoft has offices in 21 countries and sales in more than 50 countries around the globe. It is committed to delivering high-quality, cutting-edge video game titles to consumers. Ubisoft generated revenue of 547 million Euros for the 2005-2006 fiscal year. To learn more, please visit www.ubisoftgroup.com .

About Tom Clancy
With more than 80 million books sold, Tom Clancy is arguably the world's most recognized author. His works include fiction such as The Hunt for Red October, Clear and Present Danger, The Sum of All Fears, Rainbow Six, Without Remorse and The Teeth of the Tiger. Clancy also writes nonfiction works about weapons and various military units. Four of his books have already been adapted into highly successful feature films.