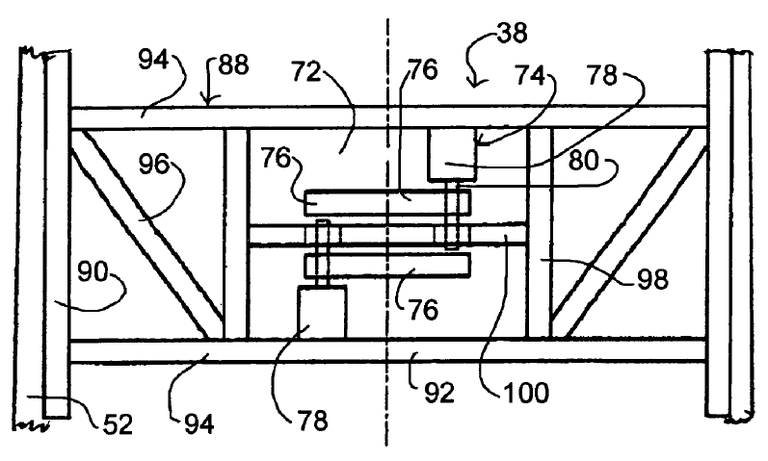 Sunfire scored a new subwoofer patent this week having to do with its StillBass Anti-Shake technology. This is the tech the company is using in its thin SubRosa Subwoofer. U.S. Patent #7,844,068, which has 16 claims and 8 drawing sheets, was issued by the Patent Office (specifically to Linear Corporation and Bob Carver) for the 2008 technology and coincides with Sunfire's claim to have introduced the world's first flat panel sub. Obviously, when putting a subwoofer into a wall, concerns abound as to what's going to happen to the surrounding drywall as the woofer vibrates and does its work. The StillBass system uses an actuator that operates reverse to the driver. In that way, Sunfire is using similar anti-vibration technology as power tools utilize for counteracting vibration in hammer drills and reciprocating saws.

Using this principle, the SubRosa remains a product that is wall-mountable, and can even be hidden under a couch or bed, or behind drywall. What will be interesting to see is if the new Sunfire patent will catch anyone else in violation, or if it is too particular to be infringed on by similar anti-vibration technoogie implemented by Sunfire's manufacturing peers. The SubRosa subwoofer in particular actually fits within a 3.75" depth cavity, using twin 10" woofers and neodymium magnets to produce deep bass within its sealed enclosure. Amplification is, of course, provided externally through a 2700W tracking downconverter and an infinitely-variable crossover. The current sub can be sent balanced or unbalanced signals as well as speaker-level inputs. It also features a basic room correction system.