After Only 2 Years, Sony Drops OLED in Japan 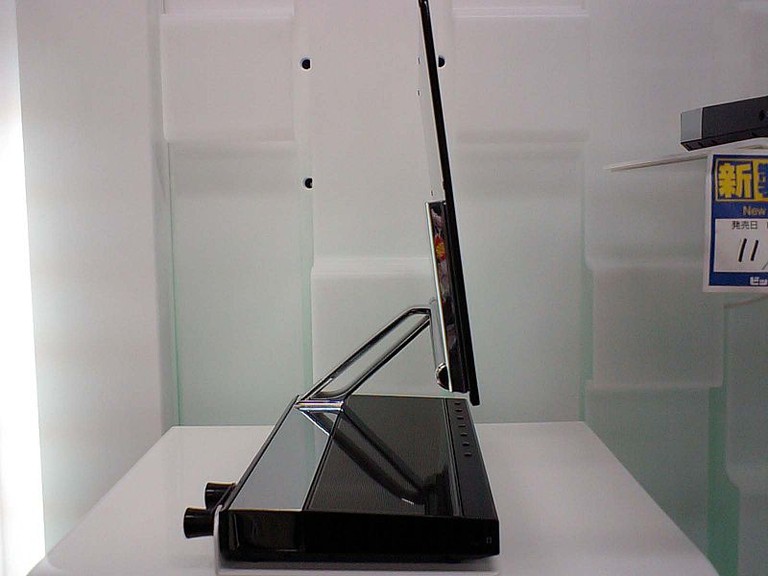 Once trumpeted as Sony’s return to high technology leadership, the company has stopped production of OLED TV in Japan:

I want this world's first OLED TV to be the symbol of the revival of Sony's technological prowess. I want this to be the flag under which we charge forwards to turn the fortunes around.

A Sony spokesman says the company intends to continue sales overseas, but what happens in Japan is often a foreshadowing of what will follow in the rest of the world.

With estimated worldwide shipments of a mere 2000 units according to DisplaySearch, I suppose it is no wonder the plug is being pulled; and yes, this pun is in widespread usage.  As of late, Sony has been losing massive amounts of money and undergoing significant restructuring, eliminating jobs and closing production plants, so it’s of little surprise when viewed in that light.

While OLED has inherent advantages for use in TV sets (they can be thinner than current LCD sets that require space occupied by backlighting, have faster response times, better energy efficiency, better off axis viewing, and better contrast) they are still effectively an R&D project.  Read: OLED TV sets are still small and expensive to make, and a lot of money will need to be dumped into the technology before they are not small and expensive to make, something Sony has to be mindful of at present.  Fixing the disadvantages such as disproportionately rapid blue channel degradation will take some cash as will fixing the more limited overall lifespan and burn-in issues, all this on top of the manufacturing cost issues.

Older flat panel technologies continue to rapidly get larger and cheaper, putting pressure on OLED development.  This trend makes it an ever longer return period before OLED can hope to recoup R&D costs, and extended time to ROI is not something a company losing lots of money can long sit on.  In the mean time, trying to sell 11 inch TV sets for the equivalent of $2200 USD will not pay the bills when LCD sets can be found for as little as $200 for a luxurious 15 incher and $2 grand will buy as much as a 55” set on the cheap.

Fortunately for the rest of us, competitors Samsung, LG, and Mitsubishi will continue with OLED.  So you may one day get an OLED set, it just will likely not say Sony on it until the cost effectiveness of the product becomes a bit more palatable.

clouso, post: 690497
Sorry but oled is completly different then base ‘'led’' displays…led are lights beeing placed around or in the display..oled is…''organic light emmiting''…the best comparison with it is plasma and thats why oled was to be offering such a great viewing angle cause it will emit its own light…no more led lights in the back or around the edges…as you know plasma creates its own lights so was promising oled…if im wrong please someone tell me!..

That's what I said. A so-called modern, for sale, “LED TV” is a Liquid Crystal Display (LCD) with a strip of LED's for a backlight, instead of a fluorescent tube for a backlight; aside from a different lamp it's the same as the LCDs we've been buying for the last seven or eight years.

OLED is a form of Light Emitting Diode. There are probably a dozen different kinds of OLED; but the kinds you can, if you look hard enough, buy today from Sony or Samsung (Samsung = 50% of current world production) are Low Temperature Poly-Silicon (LTPS) Amorphous Organic Light Emitting Diode (AMOLED) displays. OLED displays are also manufactured by Philips, GE, DuPont (generally, along with Kodak, those three own most of the patents) as well as LG and a few OEM firms you've never heard of.
j_garcia posts on February 24, 2010 15:51
The real problem with OLED is the cost to produce and the yeilds. It is VERY expensive to manufacture large size screens, which is why they are probably dropping it. Plus it still suffers from one key issue - they dim over time. So as bright as they may be at first, they won't stay that way.
darien87 posts on February 24, 2010 14:53

Johnny2Bad, post: 690476
OLED is a type of LED based display; and true LED displays have great viewing angles. What manufacturers now sell as “LED displays” are simply LCD displays with LED backlights instead of FL backlights, they both suffer the same viewing angle issues because the screen itself is the same display technology.

There will be actual LED-based displays released by somebody (OLED is just one form of LED); it's the natural progression of display technology. The viewing angle advantages of “anything except LCD” will still exist.

Sony is losing money on most of it's divisions; it needs to think about staying in business long enough to be around when the next display technology arrives in profitable numbers. This is not an issue with the technology itself; it won't go away. If not Sony, someone else.

This is really just the accountants putting their foot down and spelling out the future in plain language to the board … “smarten up and make a dollar somewhere, or there won't be a Sony in a while” might be a good guess as to what they say behind closed doors.

Sorry but oled is completly different then base ‘'led’' displays…led are lights beeing placed around or in the display..oled is…''organic light emmiting''…the best comparison with it is plasma and thats why oled was to be offering such a great viewing angle cause it will emit its own light…no more led lights in the back or around the edges…as you know plasma creates its own lights so was promising oled…if im wrong please someone tell me!..
Post Reply