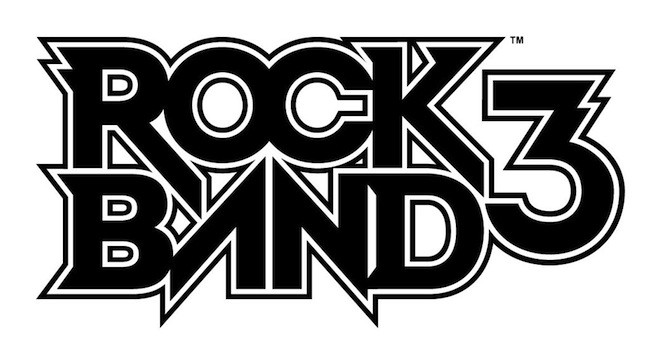 "We believe music transcends boundaries, and intend to prove it with a committed effort to release more music from around the world on the Rock Band platform," said Paul DeGooyer, senior vice president of music and electronic games for MTV Games. "Fans will have access to our incredible line-up of music via simultaneous global releases, and we think everyone will find each song tremendously fun to play, no matter what language they speak."

With more than 30 awards and nominations following its impressive E3 2010 debut, including multiple Best Music and Best Casual/Social Game accolades, Rock Band 3 will feature an incredible 83-song setlist and access to far more music than any other music game, as well as innovative new game play modes and instruments. In addition to guitar, bass, drums and solo vocals, Rock Band 3 adds three-part vocal harmonies and introduces a keyboard peripheral to the band.

Rock Band 3's deep Career Mode takes the band on a journey to gain new levels of status while the environment around them changes from streets and subways to tour stops and venues. And for those just looking for fun, Rock Band 3 has a streamlined experience, with easy drop-in and drop-out, easier no-fail accessibility and an all-new Party Shuffle. Up to seven players can rock together for the ultimate social gaming experience.

The Rock Band platform stands next to none in music content, with more than 1,500 songs already available from more than 400 artists, including Jimi Hendrix, The Who, AC/DC and Green Day, who are exclusive to Rock Band. With more choices for fans than any other music-based videogame, Rock Band is, without question, the industry leader in providing the best selection of interactive musical content, songs and artists. Rock Band pioneered offering content in a variety of ways, through on-disc game play, game export, downloadable content and the Rock Band Network. The Rock Band platform allows fans to interact with their favorite music in a unique and hands-on way, as well as giving artists the ability to reach fans through a whole new channel.

Read the Complete Thread
Shock posts on August 25, 2010 14:32
Me thinks they need to shelve Rock Band and Guitar hero for a few years. The interest just isn't there anymore.
Post Reply