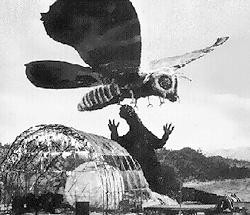 It's Godzilla vs. Mothra all over again... Sharp Corp and Samsung Electronics Co. are embroiled in a battle for the rights to five patents on LCD technology. The lawsuit was filed by Sharp Corp. who is suing regarding the methods Sharp claims to have developed in order to improve the quality of LCD displays. They are seeking unspecified damages, a ban on the infringing products and a jury trial. The lawsuit doesn't indicate how many offending products are involved but one would guess it is a very large number considering neither company is known for making small or limited runs of any mainstream consumer electronics products.

"We are currently in a cutthroat time in the industry, where prices of finished goods are falling so fast that any kind of technological edge one company has over the other is completely vital," said Eric Haruki, an analyst of TV technologies at market researcher IDC.

Samsung is no stranger to patents and custom technological advances, so a jury trial is bound to be fraught with endless attempts to break down the involved details so that a peer of 12 jurors can understand the issues being discussed. What is also interesting is how this will affect the other manufacturers that utilize embedded Samsung components in their displays. One would hope that any kind of ruling would have all financial issues fall to Samsung and not its licensees to resolve.

3x10^8, post: 295049
Not everything around here revolves around speakers, in spite of the fact that this place is called “Audioholics.”

Besides, hemiran's story speaks to the fact that these types of lawsuits are bad for consumers as they drive up prices, decrease market availability of newer technologies, etc. On the flip side, companies do need to protect the investments they made in order to bring these technologies to market. So, it is indeed a relevant post.

bongobob, post: 294458
What does any of this have to do with speakers?

Not everything around here revolves around speakers, in spite of the fact that this place is called “Audioholics.”

Besides, hemiran's story speaks to the fact that these types of lawsuits are bad for consumers as they drive up prices, decrease market availability of newer technologies, etc. On the flip side, companies do need to protect the investments they made in order to bring these technologies to market. So, it is indeed a relevant post.
bongobob posts on August 10, 2007 07:02
What does any of this have to do with speakers?
hemiram posts on August 10, 2007 05:26
These kinds of lawsuits between companies making similar products seem to be happening more and more frequently, but most are settled quickly. A famous, or infamous one involved the Japan Radio Company (JRC), and ICOM, both makers of ham radio equipment (among other things) In 1979, JRC made their first “consumer” shortwave receiver, the NRD-515. Numerous patents were granted to JRC involving this receiver, and one of them was for the Passband Tuning (PBT) circuit. This is a feature that comes only on better quality receivers and tranceivers, and is amazingly helpful dealing with interference, it works as a kind of a sliding “window” that allows the listener to minimize a signal to one side of the desired one by moving the “window”, so the receiver doesn't “see it”. It makes a huge difference sometimes, and it was a huge plus for it to be included in a “budget receiver”, that cost less than $1000 or so back at that time.

In 1985 Icom introduced the IC-R71A receiver, and it included a PBT circuit very similar to the one used on the NRD-515. The R-71A originally cost less than half what the NRD-515 (App $1400) cost. JRC almost immediately began squawking, and talks went sour, so they finally filed suit. It took a long time to resolve, and Icom lost the case, having to pay JRC so much per receiver, and the same for each new one they made using that circuit. In a truly boneheaded move, Icom just yanked the PBT from the R-71A, totally killing sales of new ones, and making used ones go up in price. The R-71A was a huge seller, and after about a year, Icom cracked and put it back in. When the R71A was discontinued in 1997 or so, it was like $1200, double it's original price, partly due to the JRC lawsuit.

No Icom receiver since has matched the “bang for the buck” as the R-71A. The R75 was popular, but since there are so many used R71A's around, it's hurt R75 sales. Besides that, the R71A looks a lot better and feels more “expensive” than the R75 does.

Hopefully this can be settled soon. I would be shocked if this goes to trial.
Post Reply