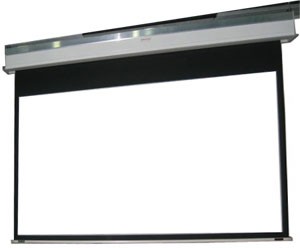 These and other Screen Research products will be showcased and demonstrated in the StJohn Group booth #69 at the CEDIA Expo - Indianapolis, IN, September 9 - 11, 2005.

In-Ceiling Mounting Systems for Motorized Screens
Any of the regular motorized screens in the Screen Research product line may now be purchased with an in-ceiling box that provides for complete in-ceiling flush-mounting of the screen. The mechanical trap door version operates with the screen motor - opening prior to the screen deploying and closing after the screen retracts.

A less expensive passive, or slot, version is also available. The screen deploys and retracts through a slot in the in-ceiling box. The screen batten fills the slot when the screen is completely retracted.

Full technical and installation documentation is available on the Screen Research web site in the documentation area - http://www.screenresearch.com

MSRP on the new slot version models which include the screen start at $4,625; the trap door versions with ClearPix2 screen included, begin at $5,500. 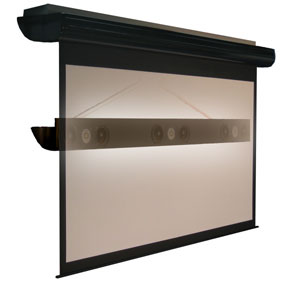 In multipurpose rooms where a screen must be deployed in front of a fireplace, in the middle of the room, or against an expanse of space where placing speakers is impractical or impossible, Le Wing represents the only high performance solution when the homeowner does not want a screen or speakers in sight when not watching a movie.

Now with its in-ceiling version, Le Wing can be discretely and completely hidden away until it's time to watch the big screen.

Separate motors deploy the screen and speaker unit. In the default mode, the speakers deploy and retract behind the acoustically transparent screen; however, the user also can independently control the speaker unit to deploy on its own for music listening without the screen.

About Screen Research
Screen Research is a company made up of scientists and business professionals with years of experience in technology and AV design. Its main goal is to provide the best acoustically transparent screen on the market. ClearPix™2 screens have achieved THX Ultra certification and have been certified by the Imaging Science Foundation (ISF).

About StJohn Group
StJohn Group is a distribution and marketing company specializing in products and services for the custom integration (CI) market. StJohn Group is the exclusive distributor and marketer for Screen Research in North America and the Caribbean.