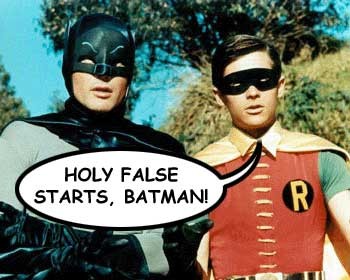 In what has got to be the worst false start since Toshiba announced its first 1080i HD DVD player, Qtrax has stumbled onto the scene with its new download service. Apparently the Pentium II server hooked up to the internet via dial-up in CEO Allan Klepfisz' garage wasn't quite enough for the throngs of people looking to get online and download free music.

It's not like there isn't a nice trail of past-experience to give technical people a leg up when figuring out bandwidth loads and server requirements. Qtrax is way over its head today. But what's worse than that is the system is apparently not allowing any downloads of actual music. This means that the tens of thousands of user accounts created on the site are unable to access the very thing they registered for in the first place.

Sounds like a great way to rack up some targeted email addresses, but I digress.

According to a report form the Associated Press, the company's president says the launch of the service will be put off "for a short time." He also maintained that the service had the support of "rightsholders."

Qtrax, as a result, did not provides users with the codes needed to download music through its software, but it says users were still able to use other features built into the application, including browsing the Internet and playing media files already present on their PC.

To be blunt, the whole thing is causing quite the stir, especially since its penny stock prices doubled overnight (granted, from $0.03 to $0.06) only to come crashing back down Monday morning.

The funniest quote from the CEO of Qtrax was found on TimesOnline where he was quoted as saying:

"We are not idiots," he said."We wouldn't have launched the service in front of the whole music industry unless we had secured its backing. We feel we have been unfairly crucified because a competitor tried to damage us. Everyone is very upset."

You're not idiots? Um... you hosted a six-figure launch party in France and then somehow "forgot" to get record label approval in writing before launching the world's first ad-supported free P2P music download service. Your stock has plummeted 50% and your current website cannot handle the load of traffic coming to it by mere curious onlookers.

I'm sorry, but by any stretch of imagination or business sense, you are - by definition - a bunch of complete blithering idiots.

The only questions remaining are whether the folks at Qtrax will pull out of this and, if so, when. The other question no one is asking is who is this mysterious "competitor" (noted above in the quote) who apparently has so much pull in the industry as to completely disrupt a huge debut such as this which was all but signed. Our bet is on a tree-hugging, balding man named Steve, but only time will tell.

allargon, post: 367032
Clint, you're being too nice. Methinks you need to go back further in history to something like AllofMp3.com, the relaunched, legal Napster or even Circuit City's DIVX.

allofmp3 was amazing, the reincarnated site mp3sparks is still up to date. It works beautifully. I pay about $2 an album for 192 kbs and am more than satisfied. I am not sure why you'd include it with napster and divx

Clint DeBoer, post: 366935
HD-DVD is the generic term for high-definition DVD (both formats)… I just happened to detail the HD DVD example in the description.

Clint, you're being too nice. Methinks you need to go back further in history to something like AllofMp3.com, the relaunched, legal Napster or even Circuit City's DIVX.
Wayde Robson posts on January 29, 2008 18:50
This was a hilarious story.

The CEO had a great response with his we're not idiots schpiel. I wonder if the whole thing wasn't a share grab.

According to one story I read the stock for its parent company Brilliant Technologies doubled in just two days.

Clint DeBoer, post: 366935
HD-DVD is the generic term for high-definition DVD (both formats)… I just happened to detail the HD DVD example in the description.

Got it, just had to mention both sides had some release issues

Pat
Clint DeBoer posts on January 29, 2008 17:29
HD-DVD is the generic term for high-definition DVD (both formats)… I just happened to detail the HD DVD example in the description.
Post Reply