Perfect Pitch May Be in Your Genes 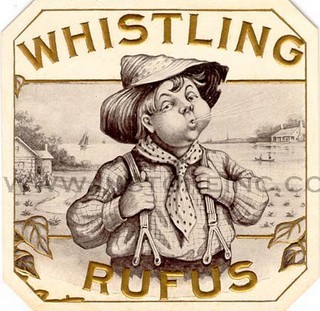 Perfect Pitch is in the Genes

According to a recent study published in the journal Proceedings of the National Academy of Science, researchers believe that perfect pitch may be related to a single gene.

Reuters: One gene may be key to coveted perfect pitch

Perfect pitch, also known as absolute pitch is the ability to name the musical note that any sound occurs at without a reference pitch. Perfect pitch can entail various abilities to varying degrees including identify pitches on various instruments, name key signatures, name notes in chords and tone clusters, sing a pitch without a reference note, and name the pitches of non-musical sounds. The ability does require some musical training to classify frequencies by the names of musical notes, but the ability is rare, occurring in only 1 in 10,000 people, or 0.01% of the population.

Dr. Jane Gitschier, University of California, San Francisco, studied the results from three years of data collected from a 20 minute web survey that tested the ability of more than 2200 people to name tones without a reference pitch using both piano and computer generated pure tones devoid of any timbral characteristics. Those with the ability had no difficulty naming a pitch from either source.

Most musicians spend years developing relative pitch, tonal memory, and other skills through ear training, allowing them the ability to stay in key and to identify notes, intervals, chords, key signatures, and timbres, but the ability requires a reference to a known note.

Researchers found that the ability was an all or nothing occurrence, leading researchers to conclude that a small number of genes or a single gene may hold the key to the ability. Findings of the study also showed several other facets of the ability, people who had perfect pitch tended to also have musical training before the age of seven, the ability deteriorates with age, and tends to go sharp over time.

Previous research into perfect pitch has always sought to answer the question of nature or nurture related to the ability and many believe that early training at a critical stage of development plays a part irrespective of genetic predisposition. Dr. Gitschier’s research seems to support this interrelation of nature and nurture.

Ultimately, Dr. Gitschier intends to use this study as a basis for gene mapping to identify specific differences in people with and without the ability.

Read the Complete Thread
jostenmeat posts on August 29, 2007 13:27
I'm glad that the article touched upon the nature vs nurture thing, and also found that the conclusion rang true that such persons did receive training by age 7. I've known many persons with perfect pitch, and they all started very young. No exception in my experience.

I've also encountered persons with varying levels of perfect pitch, if that sounds oxymoronic. I knew a cellist/pianist that could only pull the “white keys” from thin air, and a guitarist who could nail any pitch, as long as it was a “good day”. Others have just had truly perfect pitch, including a concert mistress I used to date.

However, Im honestly not sure if perfect pitch helps tune an instrument at all. I've noticed such a person not tune their instrument perfectly until being told so by another with only relative pitch. Maybe Dave's father also had great ‘relative pitch’ in order to get a piano perfectly out-of-tune, for that's what a piano is (temperament). My thoughts.

Random, funny side story about piano tuning. My best friend tuned his own piano recently (he's taken classes in temperaments, tunings) and he wore a hockey mask because he was afraid of the old strings breaking and blinding him! HAHA

An easier way to pull a pitch from thin air for those us limited to only relative pitch is to simply become familiar with the lowest note that you can very comfortably sing. And just go up from there.
Joe Schmoe posts on August 29, 2007 10:01
Both of my brothers have musical talent (which I do not share), and we are sure that one has perfect pitch (the other has not been tested.) I love a good stereo, so maybe there is some connection there?
Davemcc posts on August 29, 2007 08:56

agarwalro, post: 302292
Well, its not in mine… I'm selling my system and getting Bose Lifestyle Whatever…

My father had perfect pitch. It is no surprise that he was in demand as a professional piano tuner. Sadly, I don't have the gene.
agarwalro posts on August 28, 2007 16:34
Well, its not in mine… I'm selling my system and getting Bose Lifestyle Whatever…
Post Reply