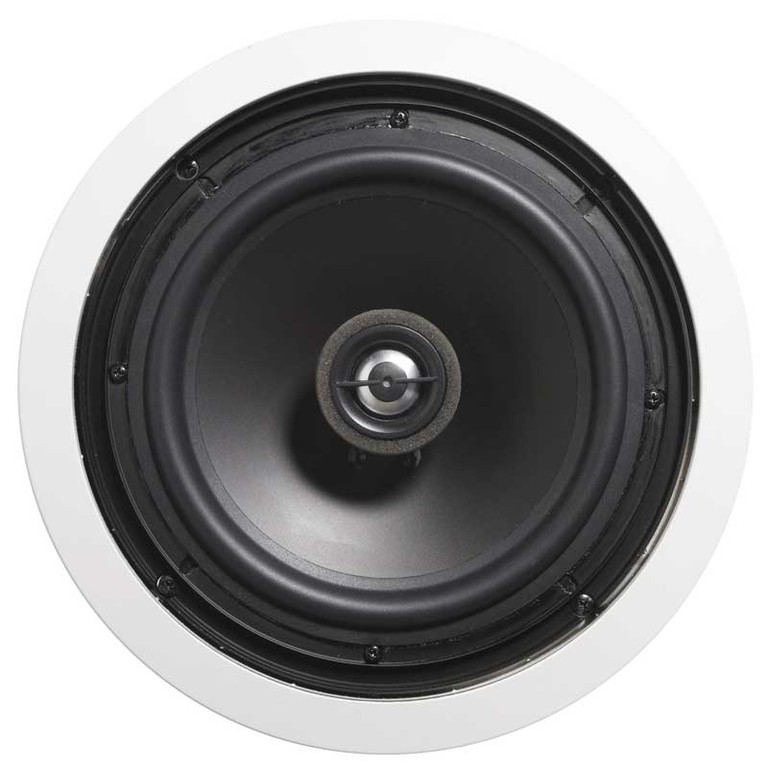 Parasound, a San Francisco based manufacturer of high-end audio and custom installation components, has introduced updated versions of its popular C-Series in-ceiling loudspeakers for custom installers. It is also encouraging its customers to favor 8-inch systems to improve the quality of sound that customers experience from in-ceiling speakers.

The Version 2 Parasound C-Series C 85 v2 and C 65 v2 are 8-inch and 6-1/2-inch two-way in-ceiling speakers respectively. Compared with the C 85 and C 65, they represent a sizable sonic upgrade in terms of their clarity and the uniformity of their in-room power response.

"We improved the competitive edge that Parasound ceiling speakers give to a custom installer: solid, extended bass response that beats the competition and fuller, richer sound at low SPLs."

Further v2 upgrades include new less resonant woofer baskets, revised crossovers and more-robust terminals.  The new bezels and grills are a more neutral white. The white fabric masks are not glued to the grills so installers can choose if they want to use it them.  Not having to detach the masks also makes painting the grills easier and faster.

"We are putting more focus on the concept of 8-inch speakers as the default standard for in-ceiling applications," said Parasound's president and founder, Richard Schram. "Compared to the usual 6-1/2 inch speakers, they produce fuller, richer bass at low listening levels, and in most homes ceiling speakers at played at fairly low levels. They also handle more power for applications such as home theater surrounds. Furthermore, 8” ceiling speakers don't appear noticeably larger than 6-1/2" ceiling speakers after they are painted to blend in with the ceiling."

The Parasound C 85 v2 and C 65 v2 are currently available from Parasound dealers for $415 and $285 per pair respectively. New construction mounting brackets are available for $25 per pair.