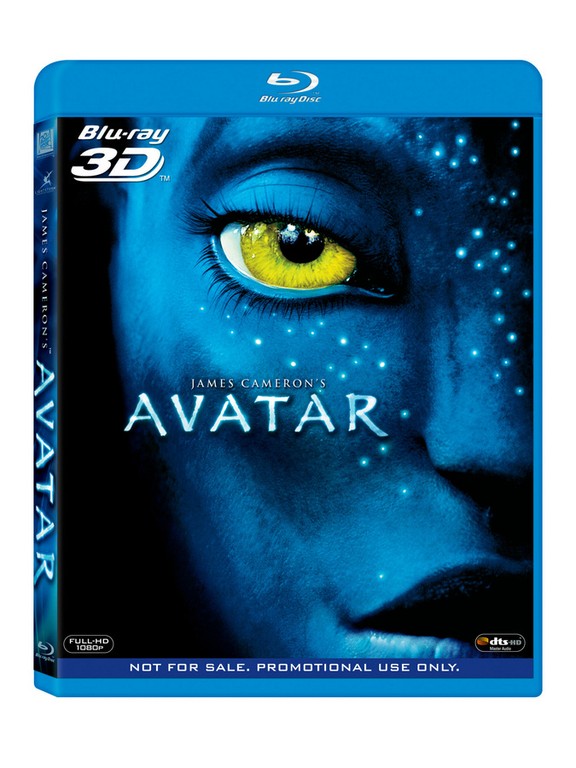 Panasonic is also offering current owners of 2010 VIERA Full HD 3D Plasma TVs (VT25 Series, GT25 Series, TC-P50VT20, and TC-46PGT24) who purchased their TVs between March 10, 2010 and November 30, 2010 an opportunity to receive a complimentary copy of AVATAR on Blu-ray 3D Disc via a mail-in request program.  Complete details on the 3D Ultimate Pack, System Solution, and the Customer Loyalty Program are available at www.panasonic.com/avatar.

"As a leader in Full HD 3D technology, Panasonic is proud to be the exclusive source for the debut of the blockbuster movie AVATAR on Blu-ray 3D Disc," said Shiro Kitajima, president of Panasonic Consumer Electronics Company.  "Panasonic's line of VIERA Full HD 3D Plasma TVs and Blu-ray 3D Disc Players are the best way to enjoy this stunning movie in crisp, clear Full HD 3D the way the movie’s creators intended it to be seen.  With that in mind, Panasonic has created a series of bundle promotions designed to give consumers the opportunity to bring the immersive world of 3D and AVATAR in 3D into their homes for the holidays.  We also wanted to recognize the early adopters who are so critical to new technologies with our Customer Loyalty Program so they too could enjoy AVATAR on Blu-ray 3D Disc with our compliments."

"James Cameron advanced a new chapter of filmmaking with AVATAR, and Blu-ray effectively captured the detail, emotion and nuance of his vision,” said Mike Dunn, President Worldwide, Twentieth Century Fox Home Entertainment. “Now the stage is set to launch the immersive 3D experience for the home that’s only possible with Blu-ray 3D and has to be experienced with AVATAR. We are pleased to announce this exclusive arrangement with our partners at Panasonic, especially as they have a long history of involvement with AVATAR from its development, during the theatrical release, the Blu-ray launch and now with AVATAR on Blu-ray 3D."

To support the new bundle promotions, Panasonic also launched today a two-week, 14-city mall tour designed to give consumers a chance to experience the immersive world of Full HD 3D Home Entertainment at major malls across the nation.

The Unwrap 3D Tour will give consumers an opportunity to experience for themselves Panasonic’s award-winning line of Full HD 3D VIERA® VT25 and GT25 Series Plasma TVs, 3D Blu-ray Disc TM players, rechargeable 3D Active Shutter Eyewear, and 3D digital imaging products including Panasonic’s first consumer 3D camcorder and the world’s first digital camera with an interchangeable 3D lens – the LUMIX GH2.  The display will also feature an amazing array of 3D content including a look at scenes from AVATAR on 3D Blu-ray Disc, exciting 3D programming from DIRECTV’s suite of linear 3D TV channels, including the n3DTM Powered by Panasonic channel, and PC-based 3D video gaming from nVIDIA; all of which will be displayed in crisp, clear Full HD 3D on Panasonic VIERA® Full HD 3D Plasma TVs.

In addition, this year Panasonic and DIRECTV ushered in a new age in the rapid growth of 3D entertainment for the home with the launch of n3D powered by Panasonic – a DIRECTV channel dedicated exclusively to 3D programming. n3D powered by Panasonic is now available at no additional cost to millions of DIRECTV HD customers and features a range of sports and entertainment programming exclusively in 3D.  Panasonic is the exclusive presenting sponsor of DIRECTV's n3D channel, one of three 3D TV channels from DIRECTV that deliver movies, sports and entertainment content from some of the world's most renowned 3D producers.