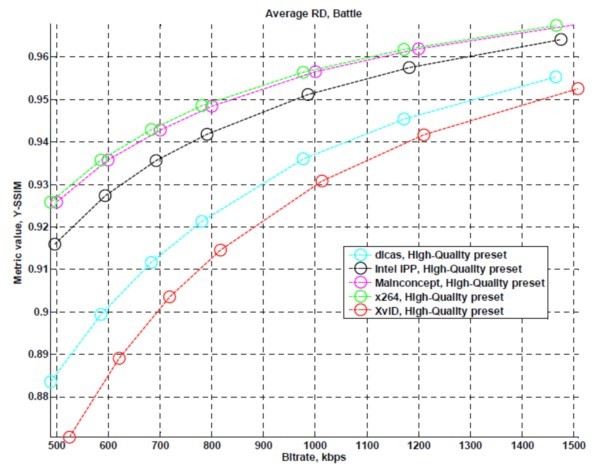 Why pay more for less?

Blu-ray video authoring is an expensive proposition, but recently, an open source software group has developed the basis for an alternative to expensive proprietary software.  Soon, making your own BD video discs may be a whole lot cheaper.

An recent article on BetaNews has alerted us to the news of the x264 project where developers Loren Merritt, Jason Garrett-Glaser, Steven Walters, Anton Mitrofanov, David Conrad, and Guillaume Poirier have put together a nearly complete software suit that can author Blu-ray discs that satisfy specification requirements such that they can be played on an ordinary consumer Blu-ray player.  According to the developers, the x264 codec was written based on independently derived mathematics that follow the H264 specification, which allows this level of compatibility.

The x264 software also has the ability to record Blu-ray compliant video onto DVD5 (single layer) and DVD9 (double layer) discs that will play in a Blu-ray player, eliminating the need for a somewhat less than mainstream and expensive writable Blu-ray media and burner.  To prove the point, the developers have released an HD video file complied from several GPU licensed films that are encoded with x264 but under 2 GB in size using the BD Rebuilder reauthoring software.

Best of all, it appears that the video quality of the x264 codec exceeds the quality of many of those expensive professional tools.  Tests of x264 conducted at the Graphics and Media Lab, Moscow State University, compared several other authoring programs that show distortion curves over variable bit rates with x264 coming out on top.  This means you can get better quality at the same bit rate or equal quality at a lower bit rate using x264.  Considering that Blu-ray authoring software costs range from $500 for basic capability to well over $50,000, its extra for technical support, for full the professional capability of the Sony Blu-Print software, such performance from open source freeware is impressive to say the least.

So, while this is an exciting development for the video enthusiast and smaller, independent video producers, it still is a bit hardcore to use.  It appears that at present, the software will function as a codec that can be plugged into other authoring software and it also still needs a front end GUI, although it is compatible with a number of existing user interfaces.

This just means that x264 is not quite ready for drag and drop to burn a video BD after installing the software, but with time, those wily open source types will probably solve that too.