Nintendo Wii Scores Netflix… But Why? 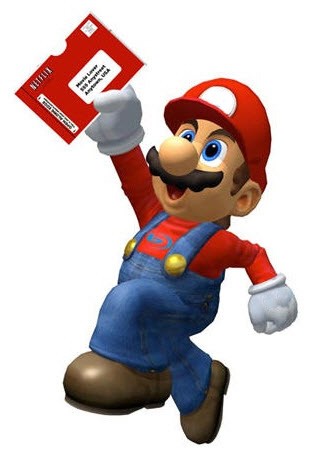 Woo-hoo, Me Wii gets Netflix!

Nintendo was the holdout. Microsoft’s Xbox 360 and Sony’s PlayStation 3 already have it. Wii, the console that emphasizes gaming, not all those fancy media features, has finally caved in to market realities and scooped up an agreement with Netflix.

A video processing monster, Nintendo’s Wii is not. But to millions of fans - it doesn’t have to be! Wii gave us a unique interface that lent a physical dimension to video gaming that brought the hobby to a wider audience with simplicity and that video gaming essential – fun! Who cares that it’s locked down to standard definition, a mere 480 progressive scan-lines of resolution. The truth is Wii was never meant to be a media server. So it’s an interesting move that it would bother adding Netflix streaming.

When it comes to watching movies on your new digital TV, Wii is only going to dish out 720 by 480 lines of resolution to display your widescreen movie feature. Compare that to PlayStation 3 or Xbox 360, both are capable of 1080p or 1920 by 1080 lines of resolution. So, if you’re a rez-monster that demands all the picture quality your HDTV is capable of, Netflix streaming on Wii isn’t likely the last straw that’ll push you to buy Nintendo’s console. But if you already own a Wii and have avoided PS3 and Xbox 360, you’re in luck – Netflix is just a sweet bonus.

Does Wii’s lack of hi-def really matter for Netflix streaming? Probably not at present. Most of Netflix movie choices are of the standard def variety for which Nintendo Wii is perfectly suited.

With a basic $9 a month Netflix subscription, Nintendo Wii owners with a high-speed Internet connection will get instant access to Netflix’s video library. That’s even more cost effective than the service on Xbox 360, which requires an Xbox Live Gold membership at $50 per-year on top of the monthly Netflix subscription.

These days Netflix-streaming has been tacked on to a wide variety of products from set top devices like Roku's media streaming system, to HDTVs and even Blu-ray players. It’s possible that an Internet connected kitchen sink assembly featuring Netflix streaming for the overworked kitchen aid is in the development. But Mario and company has been about gaming, not trying to take over your living room.

Who will benefit most with the recent union between Wii and Netflix?

Probably not Nintendo. As mentioned earlier, this is not likely to be a feature that’ll bring new Nintendo Wii customers into the doors of the local video-game shop. For Nintendo it’s just a me-too feature that keeps it up with its primary competition. The big winner here is Netflix that suddenly gets access to a massive user-base in Nintendo Wii – that’s over a third larger than its nearest competitor, the Xbox 360.

So, Nintendo Wii users that have been renting from Netflix and don’t mind standard def - for now you’re the biggest winners of all!

Read the Complete Thread
Wayde Robson posts on January 19, 2010 21:37
Big respect to the Sharks and Hawks. I especially like the Hawks and the rivalry with the Wings.

Ares, I hope you're not a Chelios disser cause he defected to the Wings. You have to realize that there are two things the Wings almost never produce at home - defencemen or goalies. The Wings have always had to take them from other teams, it's just natural law.

The exception of course is Nick Lidstrom. In Detroit they probably think of him as the best-ever D-man, but that's how they roll in Detroit.

I lived a good part of my life in the Detroit. I got to see the Wings go from the Dead Things in the 80s to winning a cup in the late 90s. I was usually indifferent but I have a fondness for Yzerman. Of course I loved that rivalry in the early 90s with Chelios and Roenic as Hawks and the up-and-coming Wings.

I loved seeing the Sharks as the Wings spoilers in the 90s, taking them out of the playoffs early. The Sharks always seemed to enforce the President’s Trophy curse. But nowadays it's the Sharks being bitten by that President's Trophy curse.

Sharks have a great team though. It's only a matter of time. The Hawks have one of those up-and-coming teams you just can't help but root for with all those younger stars.

Canada just auctioned off a bunch of bandwidth, just like the US recently. For the first time Canada is going to see companies that aren't Rogers (GSM) and Bell (CDMA) provide wireless digital services. New companies with new plans and waiving fees that we'd grown accustomed to seem to be the future trend.

But, it's too slow, possibly too late. I'm a firm believer in free trade. If AT&T came to Canada and offered what it offers to Americans in Canada, Rogers and Bell would burn and I would play fiddle. **** Rogers and Bell!

They've had a monopoly on Canadian tech far too long. The CRTC is the enabler and the CBC is their cheerleader. The only good thing to come out of the CBC lately is Don Cherry and Hockey Night in Canada. The rest of it can go to hell!

The CRTC honestly thinks that MTV re-runs of the “Real World” or “Jersey Shore” being broadcast across Canada would hurt Canadian culture… damn… if that were true, Canadian culture is already dead and good riddance to it.

To compete globally Canada needs to open up that wild-west mentality it once had.

One more anecdote and I promise to stop and go to bed….

Once upon a time, when Canada was the first word in telecommunications… The very first coast-to-coast simulcast was performed. A radio broadcast went from Newfoundland to Vancouver B.C. and every Canadian rejoiced because it was the first time such a feat was ever accomplished anywhere in the world.

It was Foster Hewitt calling a Leafs - Hawks game back in 33-34 NHL hockey season. How soon we forget our history. We did this in Canada because as a nation we wanted our hockey. We didn’t need a CRTC or some politically correct government regulator. We just needed a will and found a way.

Ares, post: 676325
I have no problem talking hockey with ya, Sharks are looking good this year and the Wings are in a good place this year 3rd.

haha. SJ is my hometown and I was born right up the street from the Tank (long before there was a Shark Tank ). Great team, but I was a little disapointed last year after how well we had done all year. Still my team though.

Ares, post: 676306
I haven't missed a Hawks home game since I was a kid, I'm like all the Six except for the Wings can't stand the Wings I'll stop there before it turns into a rant. Nothing like drinking a cold beer and watching the game which I will be doing @ 6:30C to watch the Hawks Vs Senators. Just to stay on topic do you think CRTC will change it's position in the near future and are they just hostile to Tech companies from outside Canada?

Well then you probably don't want to talk hockey with me I'm a Sharks fan, and also a Wings fan even though we have a pretty good rivalry with them…
Ares posts on January 19, 2010 16:22
I haven't missed a Hawks home game since I was a kid, I'm like all the Six except for the Wings can't stand the Wings I'll stop there before it turns into a rant. Nothing like drinking a cold beer and watching the game which I will be doing @ 6:30C to watch the Hawks Vs Senators. Just to stay on topic do you think CRTC will change it's position in the near future and are they just hostile to Tech companies from outside Canada?
Post Reply