MPAA get DMCA Takedown Notice, Taste of its Own Medicine 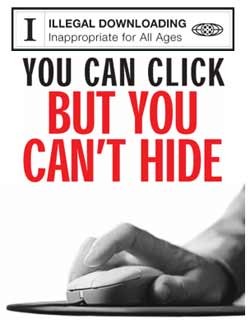 The MPAA is gonna get you

In what is one of the tastiest ironies I’ve come across lately, the Motion Picture Association of America has had a Digital Millennium Copyright Act takedown notice issued to the ISP hosting a download of anti-piracy software that the MPAA wants universities to use to monitor ‘piracy’ on their networks.

Circa October 25th, the MPAA circulated a letter to the top 25 universities that the MPAA has identified for file sharing. The letter points out recent legal decisions regarding file sharing, suggests that Congress has taken an interest in the topic, without mentioning the MPAA’s involvement in prodding that one, and suggests some digital tools that the MPAA has developed to allow confidential tracking of file sharing on university networks.

The toolkit is built from various pieces of open source software including the Ubuntu Linux platform as well as a number of other open source programs including Snort and Ntop to monitor network traffic and build charts from the data and displays them on a web page.

Here is where it gets interesting, despite the MPAA’s claims that the software does not send university network data back to the MPAA...

The first thing the software does is call home for an update, giving away the IP address on any computers that are running the software. After setting up an Apache web server on the local machine, snort and ntop start generating data about network activity by user, including visited web address. Unless the university has proper firewalls set up to hide unsolicited Internet traffic (which most don’t) the Apache server is visible to anyone with a web browser who knows the address or is clever with a search engine.

The University Toolkit does allow password protection to the data, but conveniently (for the MPAA) does not prompt to set one up during installation. Coupled with an Apache feature to record outside viewers of the website that is also conveniently (again for the MPAA) is set to default as 'Off'. This makes for a nice backdoor with built in anonymity.

Surprise, surprise, when questioned, representatives from the MPAA denied everything up and down.

Because the University Toolkit is built from all this free/open source software that all comes with GNU General Public Licenses there are some copyright burdens that the MPAA legally has to respect.

Also of interest is that this is not the first instance of the MPAA infringing the copyrights of others or even the second.

The issue at hand is that a GNU license requires that the source code for redistributed software, either in original form or modified form as the MPAA has done, must be included with the redistributed software, or made available unconditionally. GNU licensure turns the usually copyright tactic back on itself to make sure that copyright guarantees that the software has to be made available for use and reuse by all.

By this term of GNU GPL copyright, lack of available source code is copyright infringement.

Because Ubuntu Linux is provided under a GNU GPL, Ubuntu Foundation board member Matthew Garret sent a DMCA takedown notice to ISP hosting the toolkit website after repeated attempts to contact the MPAA by phone and email were ignored.

This exquisite irony works on so many levels, there is layer upon layer of flavors to this one.

The obvious top layer, the DMCA takedown notice itself, much like frosting or glaze, covers some of the more subtle inner ironies. But there’s more.

I am quite sure that the money-mongering MPAA doesn’t see anything wrong with horking some free software, even though it is an extremely egregious act of hypocrisy.

It does not matter that GNU Public License software is often free; GNU license developed out of the Free Software Foundation, a movement opposed to the type of overly pervasive and restrictive copyright protection that the MPAA insists upon for its own intellectual property.

The free software movement is founded on Four Freedoms:

Quite a different take on intellectual property from what the likes of the MPAA, RIAA, Business Software Alliance, and other commercial content and entertainment providers hold.

No one but the MPAA benefits from the typical policies and views towards copyright.

Read the Complete Thread
smartfast posts on December 05, 2007 22:53
I don't suppose we (the public) are allowed to use (or edit) their software, if we could get our hands on it?

IMO, their entire business model is built on hypocrisy. Many studios made countless millions by bringing “timeless classics” to the big screen.

Where did they get these classics?

From stories that other people wrote. Stories that families have enjoyed for generations before motion pictures. Stories the studios got - absolutely free.

But suddenly, when these stories became movies, they magically become the sole property of a studio. They are locked in a volt and no one must do anything with it unless they pay a studio tax - oops I mean royalty.