iTunes and The Beatles: We Can Work it Out 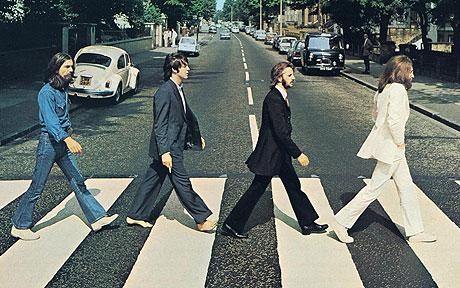 iTunes and The Beatles: We Can Work it Out

Recent visitors to the iTunes website might have noticed “something”… a message that said Apple was preparing a major announcement today. After a hard day’s night of speculation we learned Steve Jobs took the long and winding road to secure a Beatles deal. Despite bitter trademark litigation, Apple Inc and the Beatles' Apple Corps agreed - we can work it out.  And that means beautiful music to Beatles fans and bad Beatles puns across the universe.

Apple’s iTunes Store will soon carry Beatles music after negotiations between Jobs company and EMI Group, the current holder of the Beatles library. The deal marks the end of ongoing legal battles that began way back in 1978 when the Beatles Apple Corps began a series of lawsuits against Steve Jobs Apple Computers for trademark infringement. The latest round of litigation between the two companies ended in 2007 with an agreement that had Apple the computer-maker take full control of the Apple name and trademark, and license them back to Apple Corps. for undisclosed sums.

The deal comes close on the heels of financial troubles for EMI. According to the Wall Street Journal, EMI was bought out by a capital investment group with a huge loan. Deeply in debt - the company needs revenue. While music sales have been falling for nearly a decade, the Beatles remain one of the most reliable sellers in music. Despite being gone for 40 years, the Beatles sold the third-highest number of albums in 2009. According to Nielsen SoundScan, Beatles albums sold 3.3 million copies that year.

The Beatles iTunes deal won’t be the first time the group received the digital treatment. The Beatles have been more active lately than defunct bands half their age – 2009 saw the release of several remastered albums and The Beatles: Rock Band. The merging of the Beatles infectious riffs and a massively popular video game has been just enough to introduce the band to new generations.

We don’t know the terms of the Beatles - iTunes deal, or whether or not other online retailers will get access to the Beatles music. But iTunes owns about 90% of the digital music market, it’s likely others will follow soon. But we know that Steve Jobs is a long time fan of the Beatles and has stated in an interview that he sees the Fab Four as a role-model for business.

“They were four guys who kept each other’s negative tendencies in check. And the total was greater than the sum of the parts…”

I could just sense that you wanted me to post this tune again since the other one got disabled.

Me too. That explains why we have so much in common.

I could just sense that you wanted me to post this tune again since the other one got disabled.

I think you might be missing the boat on this one.