Is the CD Becoming Obsolete? 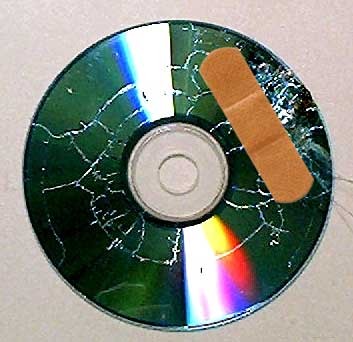 Can the CD Situation be Fixed?

Glancing at a report on Forbes.com this morning, there was an article showing that CD sales are expected to be down 20% 2008 (slightly higher than the 15% drop initially predicted). Why such a drop? Well, there has been a recorded drop of 18% so far in 2007 and the trend seems to be steady and indicative of future trending.

A couple things are to "blame". For one, there seems to be a case of shrinking floor space as sales decline. This will likely get worse as stores heavily monitor what items are making money and carefully guard real-estate in their stores, making adjustments to compensate for industry trends and swings. If sales continue to shift online, look for the physical presence of CDs to drop. This will also have an interesting chicken -and-egg effect that extends beyond shrinking sales and reduced floor space... Music Studios will be even MORE inclined to stick with their bubble-gum and "sure thing" artists, reducing the choice in music and furthering the stale choices already proliferating the industry. As a result, independent labels will likely continue to thrive (moreso perhaps) and pick up steam, though much of this in online music sales.

Compare this with new information released by Apple on Friday stating that iTunes is now the third largest music retailer in the country - this according to stats from the first quarter of 2007. iTunes has 9.8% of the retail music marketshare with Wal-mart taking 15.8% and Best Buy 13.8%. That's a LOT of music sales.

In contrast, and to give you a perspective of the change, Amazon.com has a 6.7% share while Target has around 6.6%. iTunes compared its sales to physical store purchases by converting every 12 single downloads as a single album sale. That seems more than fair and gives you an idea of how effective online music is becoming as a compelling alternative to physical sales - at least for people who listen to their music more on the go than in the home. And that's a majority of consumers these days. As automakers respond to the iPod revolution with MP3-compatible players and external docks and connections for MP3 players, even the CD's largest consumer - the commuter - is looking at different options. The market is getting very very competitive and the face of the industry is in the middle of a clear change.

While overall music sales is expected to drop by about 9% in both 2007 and 2008, what's truly happening (according to this report) is a gradual shift away from physical media to downloadable formats. What this indicates, so far, is that US sales of digital music will be growing at an estimated rate of 28% in 2008, however physical sales will drop even further, resulting in a net overall decline.

I do pay for the downloads.And my van's CD player plays MP3s directly,no conversion to regular audio needed.This way,I have the music I want,none of the filler(crap).And if the disc gets stolen,well I can just burn another copy for my use and chances are,the thief can't use the stolen disc.
The music I download usually come from the artists directly.
I recently bought a USB turntable to convert some of my old LP records for use in the van,as I travel a lot and spend a lot of time behind the wheel.
Having my music helps in the travel time,keeping me alert and awake.
Stating this,again I restate that as far as the Music industry goes,they have forever lost a customer.The artists themselves I will purchase music directly,but nothing to the RIAA and the MPAA.(otherwise I heard called the MAFIAA).
cfrizz posts on June 26, 2007 17:25
Well one good thing about music stores is that most of them have stations were you can listen to snippets of entire albums. I've done this with a few artists who's song I liked.

Well guess what? It was the ONLY song I liked out of the entire album! Every other song sounded alike, was played in the same key, had the same tempo, etc.

So between the prices, & the lack of talent/creativity, consumers are caught between a rock & a hard place.
MDS posts on June 26, 2007 17:10
I've had good success finding out of print music on EBay (like King Kobra III, Shooting Star, Frozen Ghost, Tommy Shaw).

http://www.htfcds.com (Hard To Find CDs) often has things I have been looking for but they know they are hard to find and charge exorbitant prices for some of them. I paid $35 for King Kobra III when HTFCDS wanted $180!
j_garcia posts on June 26, 2007 16:45
I have that problem right now, a CD I want for a few particular songs has long been out of print and I can't find it anywhere. I have the cassete…but no tape deck…haven't checked for the MP3s because I just don't really care for them much.

I never said there wasn't any good music out there, just that solid artists putting out good, complete albums, are becoming more rare. The really great music I'm finding is entirely by word of mouth.
MDS posts on June 26, 2007 15:35
It's the same old argument that if a CD only has a few songs you like then its ok to download the songs for free.

You know sometimes when you buy a CD you find that you end up liking a lot more of the songs than the one or two you thought were the only ones you wanted. That is often the case for me with compilation CDs.

Now if you still don't want to buy CDs and get a bunch of songs you might not like then fine…BUY individual songs. There is a huge difference between sharing copies of songs with friends and family vs making available hundreds or thousands of songs for a million anonymous strangers to take free of charge.

The ONLY case where I think downloading for ‘free’ could be justified is when the song is long out of print and likely never will ever be re-released in any format.
Post Reply