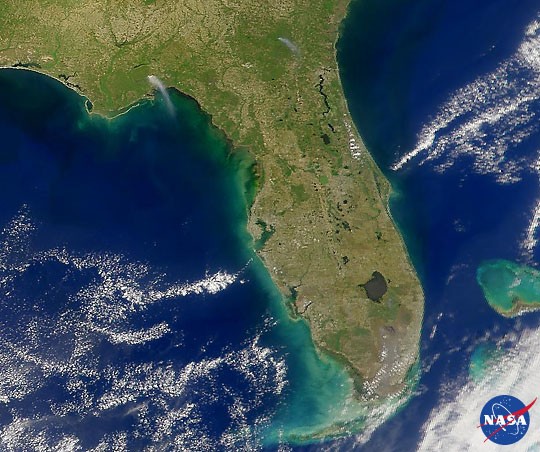 This week a Florida Attorney General (Bill McCollum) said he is planning to follow New York's Andrew Cuomo's lead and file suit against Samsung, AU Optronics, Hitachi, LG, Sharp and Toshiba for "engaging in a conspiracy at the highest level to fix prices". While I'm certain this is theoretically possible, the low, low prices of LCD televisions, laptops and MP3 players leads me to think that if they were price-fixing, then they must be the dumbest price-fixers in the world.

The lawsuit is a civil action to be filed in California federal court and basically states that the companies all conspired to prevent competition and to increase prices for TFT-LCD panels.

I can't wait until they take a look at the manufacturers of AV receivers... at least those guys have some margin.

Both McCollum and Cuomo are running for governor this year and as a result, we can't take much of what they are doing as being particularly above-board so much as it is likely designed to win favor with voters as "fighting big TV." The problem is - I like Big TV. Big TV is cheap and getting cheaper all the time. What are they thinking? That somehow the companies won't just make up any losses in future manufacturing of products? It's a bit vague...

The paperwork filed purports "conspiracy at the highest level of their organizations in various secret meetings and telephone conversations over a period of years." Secret meetings indeed.

These civil suits piggy back on the fact that several of the companies and their executives pleaded guilty to federal criminal antitrust violations, paying nearly $900 million in fines. That suit included Hitachi, LG, and Sharp.

Florida's antitrust laws allow fines of $1 million per corporate violation. The antitrust laws further provide for damages up to three times the amount lost due to the unlawful conduct. The bottom line is that these companies may end up paying millions of dollars, which will result in each customer getting approximately $5 for each product purchased, while the lawyers rake in the bulk of the money. This is just an estimate, but is highly likely given the type of lawsuit and the apparent motivations behind it.

Typical US government. If they don't have something to fight against they “invent” something. Where were these guys when LCD tv prices were through the roof years ago? They just now begin a fight? I recognize that initial prices on all new things are always high but . . .

While I enjoy my system and my Samsung LCD, there are more important things to worry about and take action on.

I recognize that this is an Audio forum so I will keep my politics to myself.
MapleSyrup posts on August 12, 2010 23:00

While I'm certain this is theoretically possible, the low, low prices of LCD televisions, laptops and MP3 players leads me to think that if they were price-fixing, then they must be the dumbest price-fixers in the world.

Why am I not surprised?
Stereodude posts on August 12, 2010 19:23
Yeah, every time I go to the store I can help but notice that LCD TVs are getting more expensive as the result of behind the scene colusion…

Since they're so willing to keep on repeating this, it tells me that the fines are outweighed by the profits. Cost benefit and all that.
3db posts on August 12, 2010 08:55
Can't help but here the music for “Twilight Zone” playing thru my head after reading this.
Post Reply