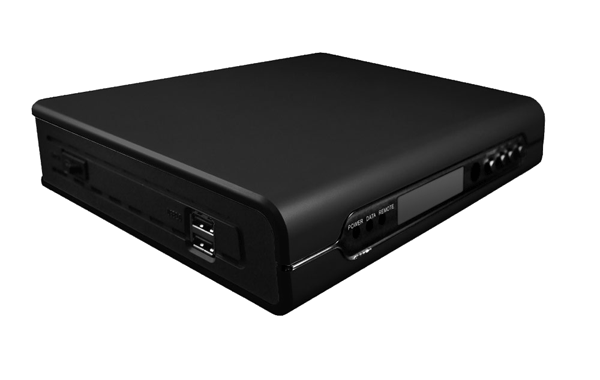 As the world of Internet streaming expands, the FCC is focusing, astoundingly, on AllVid, a new proposal for creating a retail market for set top box. The industry would have benefited from that about a decade ago, but now the world seems to have moved on. As part of the National Broadband Plan, and in a subsequent Notice of Inquiry, the Federal Communications Commission is attempting to remedy its admittedly failed CableCard regime with a new "AllVid" device to promote a retail market for set-top boxes. In a new study released today entitled Wobbling Back to the Fire: Economic Efficiency and the Creation of a Retail Market for Set-Top Boxes, the Phoenix Center examines the economics of the set-top box market, and finds that the FCC's new AllVid proposal may do more harm than good.

For example, the Phoenix Center's analysis reveals that, contrary to the arguments of some consumer groups, the set-top box conveys no market power to multichannel video programming distributors ("MVPDs"), even under the assumption of monopoly supply for multichannel services. Set-top boxes are necessary appendages (i.e., complements) to subscription video services and, as such, the MVPD provider can obtain all profits from the service itself.

Second, the Phoenix Center's analysis indicates that the MVPD has no anti-competitive preference for self-supply. If the equipment can be produced more efficiently and sold at a lower price in a competitive retail market, then the provider will embrace such a market to the benefit of both provider and the consumer.

Third, the Phoenix Center demonstrates that a government-directed commercial market for set-top boxes is unlikely to provide substantial gains in terms of lower costs, lower prices, or increased innovation. If the set-top box can be made cheaper and sold at a lower price, then the MVPD will embrace the cost reduction; profits are higher and consumers are better off. Also, if the set-top boxes can be made more innovative to increase the value to consumers, then the MVPD is incented to implement that innovation; again, profits are higher and consumers are better off. Since the incentives to reduce prices and increase innovation are intact, the prospects for a forced commercial market leading to lower prices and more innovation are slim. If a commercial market leads to lower costs and more innovation, then there is no reason for the FCC to mandate such a market; it will be willingly adopted by the industry.

Accordingly, the Phoenix Center demonstrates that until the underlying economic reality changes, perhaps due to some technological innovation, the FCC's anticipated aggressive regulatory approach towards set-top boxes is likely - as FCC Commissioner Robert McDowell notes -- to keep the agency in "the Valley of Unattained Goals."

"AllVid is fundamentally no different than the failed CableCard regime. By ignoring fundamental economic realities, the Commission is once again unnecessarily imposing significant costs on consumers in the name of promoting 'innovation.'"

"Equipment is not a profit center for MVPDs, it is a cost -- and a significant cost," explains study co-author and Phoenix Center Chief Economist Dr. George S. Ford. "If MVPDs could offload these costs on consumers through a commercial market for equipment without affecting the quality of the video services they offer, then MVPDs have every incentive to do so. The fact no such market has developed indicates that the commercial market option is, all things considered, relatively inefficient."

"If the set-top box disappeared tomorrow, the cable industry's capital costs would be cut substantially and their operating margins would improve slightly," echoes study co-author and Auburn University Economics Professor T. Randolph Beard. "The set-top box is a cost and not a benefit to the industry. Whatever arrangement exists for providing equipment should be assumed to be cost-minimizing and not anticompetitive."

"A consumer-friendly implementation of Section 629 requires the FCC to stop viewing the set-top leasing model as an irrational or anti-competitive solution to the service-equipment bundle," says study co-author and Auburn University Economics Professor Michael Stern. "The leasing model may simply be the best, most efficient way to deliver multichannel video services. Thus, a government-forced commercial market for equipment has little to offer."

Phoenix Center Policy Paper No. 41, Wobbling Back to the Fire: Economic Efficiency and the Creation of a Retail Market for Set-Top Boxes, may be downloaded free from the Phoenix Center's web page.

About the Phoenix Center
The Phoenix Center is a non-profit 501(c)(3) organization that studies broad public-policy issues related to governance, social and economic conditions, with a particular emphasis on the law and economics of telecommunications and high-tech industries.

I'm highly suspicious of this “Phoenix Center” report. It sounds a little too much like MVPD trying to sow fear and doubt.

There is no conflict between AllVid and Internet streaming video. In fact, the two can play very nicely together.

The AllVid gateway (forget the “adapter” as it is a single TV solution) allows MVPDs to use any technology they want in their distribution infrastructure while standardizing an interface which consumer equpment can use to access this content. As the consumer side interface proposed is based on existing Internet standards the majority of Internet connected televisions out there have a big leg up on working with AllVid infrastructure. Streaming and AllVid are just two sources of content available to the end user device.

It gets better than this when you add a PC into the mix. When the AllVid standard is set it is a sure bet that there will be Media Center application created which will make a PC look like another AllVid gateway. This will allow the PC to repackage Internet streams with a front end interface and present it to every AllVid capable receiving device within one's home.

MVPDs are spreading as much fear and doubt as possible because they don't want to loose the end to end control of content. They would be far better served by working to make an effective AllVid standard instead of dragging their feet the whole time.

Anyone interested in the topic shouuld read the original FCC NoI and comments filed by various parties. There is a very clear difference in views between MVPDs and CE companies. You can read it all at the FCC website (can't post links yet). Do a search on “FCC proceeding 10-91” and you should be able to find it.